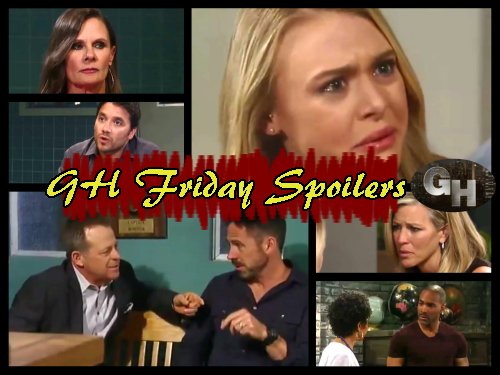 General Hospital (GH) spoilers for the cliffhanger show on Friday, June 9 reveal Monica Quartermaine (Leslie Charleson) has dire news for Kiki Jerome (Hayley Erin). As the show opens, it’s a code blue in Ava Jerome’s (Maura West) room. Griffin Munro (Matt Cohen) has joined the fray and is working hard to try and save Ava’s life. They wheel in the crash cart and Griffin tries to restart her heart.

It seems that Griffin is successful and, for the moment, Ava is back to breathing, but she’s lost her will to live. Monica tells Kiki to prepare for the worst because Ava’s injuries are so extensive and the risks are so great, they might lose her. Kiki sits with Dillon Quartermaine (Robert Palmer Watkins), Sonny Corinthos (Maurice Benard) and Carly Corinthos (Laura Wright) as the team tries to save Ava.

Carly reassures Kiki that none of them blame her for what Ava did to Morgan Corinthos (Bryan Craig) but Kiki cries and says she blames herself. After this ordeal, Carly and Sonny talk and they have hope for the future. They have a plan in place in case Ava does heal so they can prosecute her. General Hospital spoilers say CarSon gets romantic again soon but Josslyn Jacks (Eden McCoy) won’t like it. 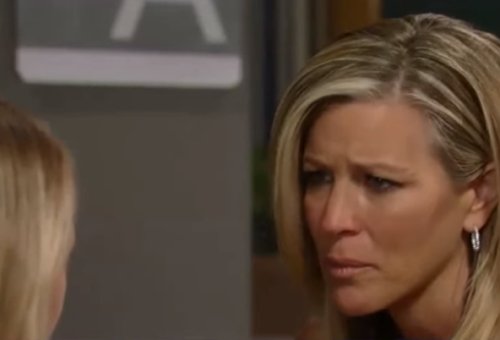 Hayden Barnes (Rebecca Budig) shows up to the MetroCourt looking bedraggled and Hamilton Finn (Michael Easton) wants to know what’s up with her. Hayden tells him she had children. Her day with Cameron Spencer (Michael Leone) and Spencer Cassadine (Nicolas Bechtel) was a terror and now Hayden is even more stressed about her pregnancy. Finn reassures her.

Over at the local cop shop, Scott Baldwin (Kin Shriner) meets with his client Julian Jerome (William deVry). Julian is more hopeful about his fate now that he spent some time with his adorable granddaughter Scout Morgan. Julian tells Scott that if Scout can beat the odds of her stressful birth and come through healthy, he can beat his ordeal too. General Hospital spoilers hint Julian will catch a break soon.

Also at the PCPD, Dante Falconeri (Dominic Zamprogna) is chasing answers. He wants to make sure Ava goes down for her crimes if she pulls through her health crisis. Dante demands that Lucy Coe (Lynn Herring) appear at the cop shop and he takes her into interrogation. Dante grills Lucy because he believes she knows more than she’s let on about Ava and Morgan’s pills. 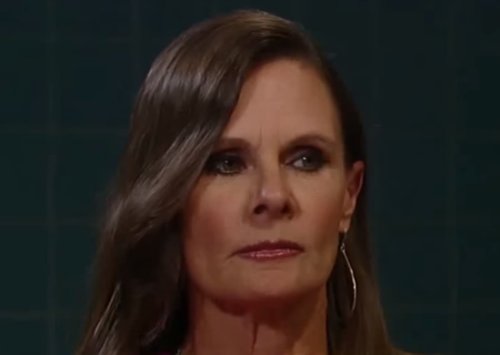 Of course, Lucy knew about the pills for quite a while and using them to blackmail cash out of Ava. That’s obstruction of justice since she knew there was a criminal investigation around Morgan’s death. Lucy will panic when Dante says she needs to tell him what went down between her and Ava. Lucy is likely afraid that Sonny will come after her for not coming forward sooner.

With Jordan Ashford (Vinessa Antoine) at the door, Aunt Stella (Vernee Watson) goes off on Curtis Ashford (Donnell Turner) for hiding that he’s dating Jordan. Stella hates Jordan for cheating on Curtis’ brother and tells them both that she will never forgive or forget what Jordan did. Share your comments below and tune into CDL often for the latest General Hospital spoilers, news and more.