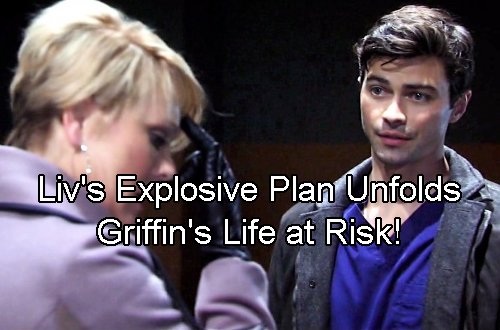 General Hospital (GH) spoilers for next week reveal Griffin Munro (Matt Cohen) becomes a pawn in Olivia “Liv” Jerome’s catastrophic plans for the hospital and might also become a victim as well. Griffin seems to be the only one with no clue about who Liv is, that she’s back from the dead and is a dangerous lunatic.

Conveniently, GH writers set it up so Griffin was called out of Anna Devane’s (Finola Hughes) hospital room as Jordan Ashford (Vinessa Antoine) told Anna that Liv was alive, insane and back in Port Charles taking prisoners and wreaking havoc. That’s the second time Griffin missed a key conversation.

Robin Scorpio (Kimberly McCullough) and Anna also had a reminiscent talk about some of Anna’s obstacles in her past and Liv’s name came up in conjunction with the death of the baby Anna was carrying with Duke Lavery (Ian Buchanan). Liv also remembers she cost Anna the life of her child. 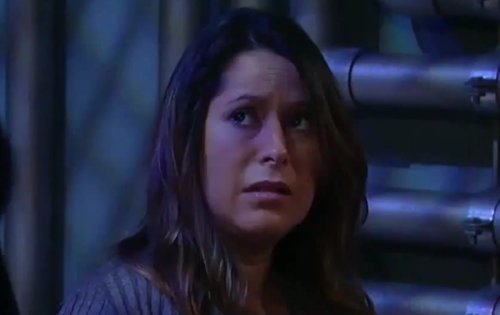 Liv was enchanted to discover Duke had a son when she met Griffin in the parking garage, but does Liv assume Griffin is Anna’s son? That encounter also ended all speculation that Liv is Griffin’s mom. She clearly didn’t know who he was or that Duke had a surviving child, but Griffin will play a role in Liv’s revenge.

Griffin runs into Liv again at the hospital next week and since he appears ignorant about her identity or crimes, Liv is able to put him to work as a pawn in her plans. Griffin likes to think the best of people so he’ll be clueless that helping her puts Anna and Robin at risk – two people he cares about deeply.

Liv also has Robin captive in the basement of General Hospital and that’s when her master plan comes out. Liv was carrying that canvas tote bag that was obviously heavy. What’s in it? General Hospital spoilers indicate it could be plastic explosives. Liv has a history with bombs and wants GH gone. 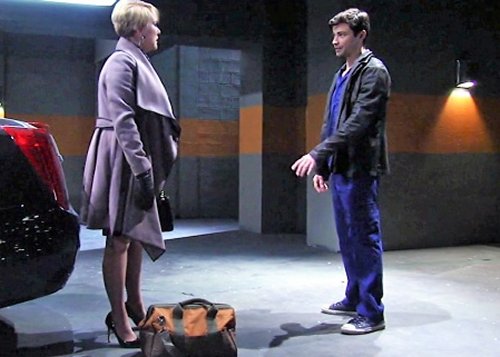 Liv was trying to buy the building to have it demolished but since Julian Jerome (William deVry) failed to get it for her thanks to Hamilton Finn’s (Michael Easton) interference, Liv is ready to take it down herself. Winston Rudge (David Lee) is back this week to help Liv accomplish her violent revenge.

Liv spills her plans to Robin who is terrified and knows first-hand just how nutty Liv is. Robin doesn’t want to say anything to set Liv off so she has to play nice and pretend to be interested while trying to figure a way to get away, save her unborn child and also save her mother. Liv reveals Anna is a target.

By the end of the week, Liv is ready to unleash her explosive revenge plan and blow General Hospital sky high and Griffin will realize he unwittingly helped Liv with her plans. He can’t stand for that and Griffin must protect Anna who has become like a mother to him. Plus, Robin is like a sister. 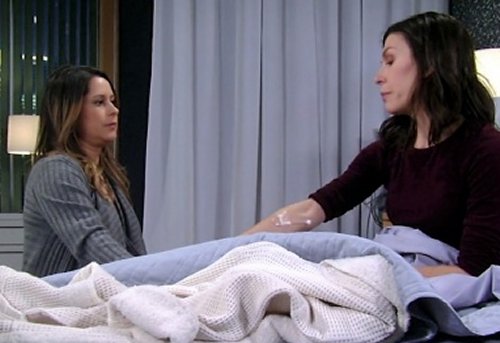 Griffin puts his life on the line to stop Liv. Will Liv stop her plan to destroy GH because she can’t bear the idea she might kill Duke’s son? Is Griffin the only one that can stop Liv and talk her down? Share your comments below and tune into CDL often for the latest General Hospital spoilers, news and updates.