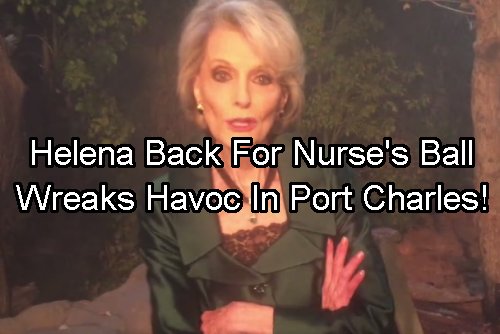 General Hospital (GH) spoilers from a brand new GH spoilers promo show that Helena Cassadine (Constance Towers), the witch herself, is back from the dead and will be in Port Charles for the Nurse’s Ball. She is the big danger and the enemy that has been rumored to turn up in town for the annual charity event and we know Helena isn’t back to do good.

This should be an epic General Hospital showdown of good vs evil as most of the town is aligned against the wicked Cassadine matriarch. Valentin Cassadine (James Patrick Stuart) had long despised his evil stepmother and that’s one thing he and Alexis Cassadine (Nancy Lee Grahn) can agree on. Also, since Spencer Cassadine (Nicolas Bechtel) is in town for the ball, this will be earth shattering.

The only Cassadine missing from this twisted family reunion is Nikolas Cassadine (Tyler Christopher) but you never know, maybe he’ll turn up as well. Helena and Valentin have long claimed to be mortal enemies but the truth will be revealed when they come face to face at last. We know Helena loves her grandchildren and little Charlotte Cassadine (Scarlett Fernandez) is family. 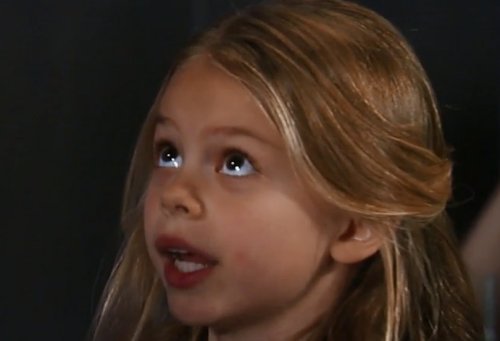 Plus, there’s the big Chimera mystery reveal coming that ties back to Helena. General Hospital buzz teases Valentin sold Helena the Chimera Project he stole from the WSB and it involves exactly the kind of shady science that Helena is known to practice. Jason Morgan (Billy Miller) might not let back from the dead Helena survive once he figures out what she did to him and Jake Webber (Hudson West).

Jason is on Cassadine Island now and just figured out he’s the scarecrow from the creepy book that Helena left to Liz Webber (Rebecca Herbst), so there’s a line of people in Port Charles that have questions for the old bat. One big detail is how much Nikolas knew about his grandma’s activities. He swore to Liz and others that Helena was dead and he saw her buried personally.

That’s obviously a lie since as CDL accurately reported, Helena is alive, kicking, and back in Port Charles to ruin lives. Robin Scorpio Drake (Kimberly McCullough) will also be in town when Helena crops up at the General Hospital Nurse’s Ball, so we have to wonder if Robin’s medical research into longevity and immortality is what allowed Helena to live on beyond the grave. Or perhaps it’s the Chimera Project that revived her. 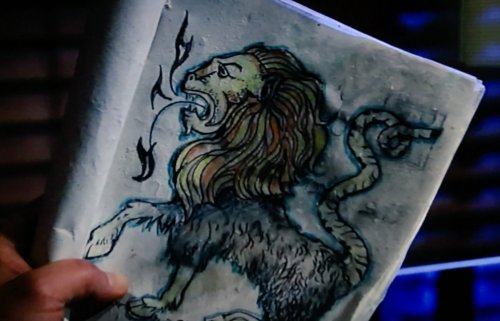 No matter how Helena managed to cheat death again, as Alexis said before, Cassadines are hard to kill and you should never count them out. Check out the Helena General Hospital promo video below where she says, “You know, Port Charles is a very mysterious place. You never know who’s going to come on.” Helena is the uber villain that GH has been missing for a long time, so this is thrilling.

Helena will be alive when she shows at the Nurse’s Ball, but it’s not clear if she’ll make it out of Port Charles in one piece given the enemies aligned against her there including Jason and Valentin. What do you think GH fans? Are you excited to see horrible Helena back from the dead? Watch the video below and share your comments then come back to CDL often for more General Hospital spoilers.