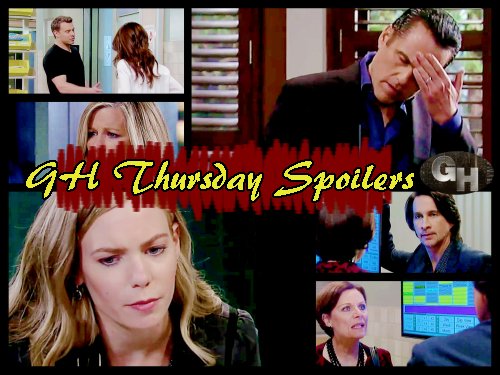 Carly warns Nelle again to stay away from Michael Quartermaine (Chad Duell) because she doesn’t trust her near her son. Nelle has had enough of Carly’s accusations and asks Carly when will it ever be enough to show her that she’s truly sorry for what she did to Carly’s family. 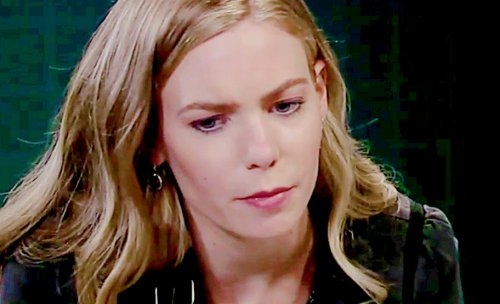 Carly and Jax are happy when he’s released by the PCPD thanks to Nelle’s statement and they head home to get cuddly and have some fun but General Hospital spoilers say their good times are interrupted. Who is knocking at Carly’s door that messes up their intimate interaction?

Over at Chez Corinthos, Michael asks Sonny Corinthos (Maurice Benard) if he really wanted Jax to go to prison. Sonny wants Jax far away from Carly and punished for sleeping with her. Sonny is indulging his dark side and GH spoilers tease he makes a call to an associate about his Jax problem. 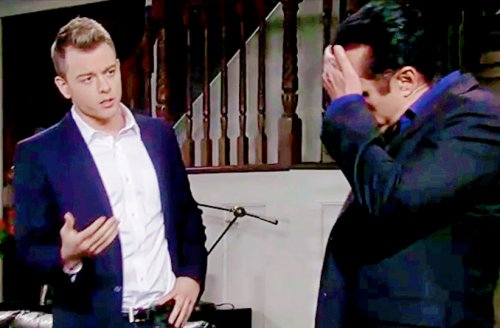 Tracy wants Finn to run the test ASAP and with no questions asked. Tracy will offer up a lame excuse on why she needs the test but Finn doesn’t buy Tracy’s motives. Still, Finn will do what Tracy asks since he owes her for taking her company jet on an illegal drug buying binge. 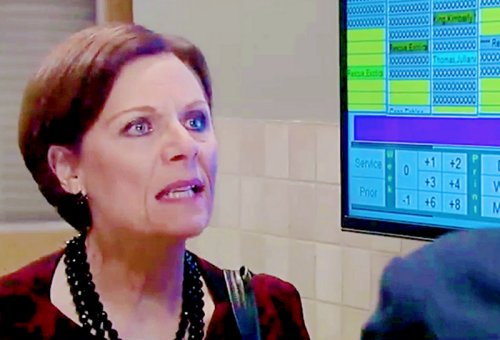 That’s not the only shady action going on at the GH lab this week. Brad Cooper (Parry Shen) ran off with Finn’s urine specimen and has the perfect revenge plan in mind. General Hospital spoilers reveal Brad plans to taint the sample so it looks like Finn is cheating his rehab and is back on drugs.

It seems like this could rebound on Brad instead of Finn once Finn realizes Brad had access to his drug test. Also at the hospital, Jake Webber (Hudson West) says some things that have Franco (Roger Howarth) more concerned about the kid. 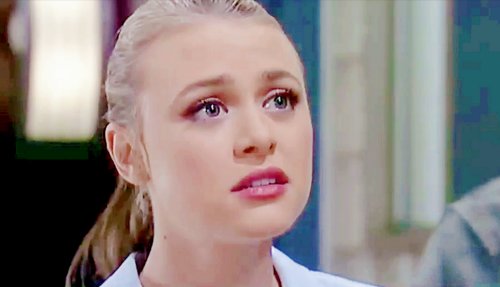 Franco finds Kiki Jerome (Hayley Erin) and tells her Jake might be in serious trouble. Jason Morgan (Billy Miller) and Liz Webber (Rebecca Herbst) are also at General Hospital talking about Jake’s progress. Jason says he won’t let anything or anyone get in the way of Jake healing.

Jason stops by to see Sonny to give him the good news that Julian Jerome (William deVry) is behind bars for his crimes connected to Olivia “Liv” Jerome (Tonja Walker). Sonny is pleased about that but his anger at Jax is consuming him and he gives Jason an update on CarJax. 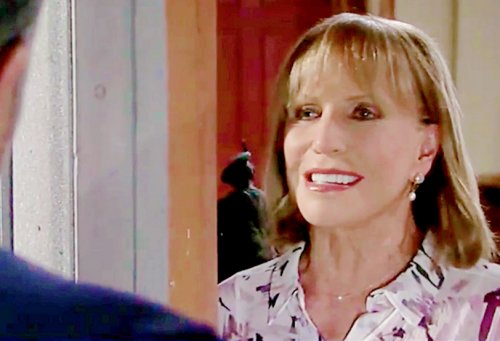 Immigration Control Agent Torosyan (Jack Topalian) is at Monica Quartermaine’s (Leslie Charleson) door and is asking about Samira. Monica lies to cover for the woman and then later, she and Dillon Quartermaine (Robert Palmer Watkins) wonder if Tracy called immigration on Samira. Share your comments below on these GH spoilers for Thursday, April 20 and tune into CDL often for the latest General Hospital spoilers, news and updates.