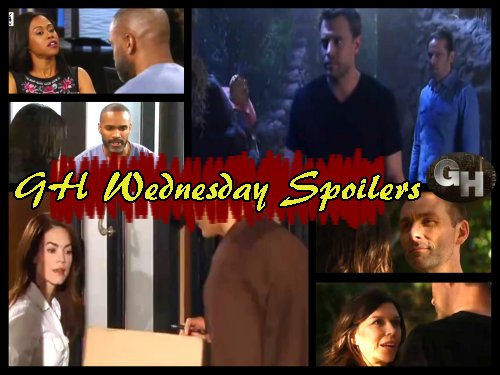 General Hospital (GH) spoilers for Wednesday, May 10 reveal things are awkward at the MetroCourt as exes throw daggered glares at each other. Valerie Spencer (Brytni Sarpy) is at the bar with Dr Andre Maddox (Anthony Montgomery) while Curtis Ashford (Donnell Turner) is at a table with Jordan Ashford (Vinessa Antoine). Will things get ugly at the MC?

General Hospital spoilers tease Curtis and Jordan’s date hits a snag and it’s likely the presence of their exes a few feet away. Valerie notices Curtis and Jordan talking and looking their way and assumes it’s about Andre so she asks if his ears are burning. Andre is the bigger man in all this and will leave the MetroCourt to find elsewhere to brood and that leads him to Anna Devane (Finola Hughes). 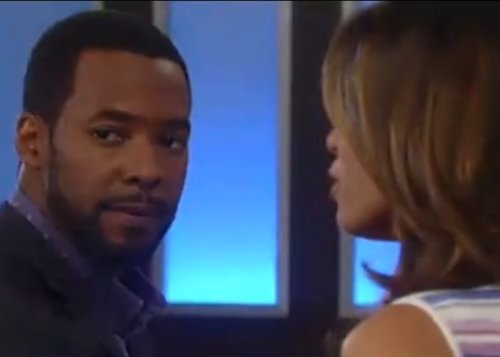 Jordan says something to Curtis that leaves him unhappy – General Hospital spoilers tease that she wants him to do something he’s reluctant to do and could be to do with their nearby ex GF and BF. Nina Clay Cassadine (Michelle Stafford) and Nathan West (Ryan Paevey) wind up talking at Wyndemere and it’s an uncomfortable chat. Nina confides in Nathan her worries that her hubby can’t give her what she needs.

At the park, Valentin Cassadine (James Patrick Stuart) finds himself worked hard by Anna/Alex who won’t give him a moment of peace. Anna tries a new tactic and threatens to disappear from his life for good if he won’t tell her to whom he sold the Chimera Project and says it’s his choice. Will Valentin cave or hang onto his secret that’s obviously tied back to Helena Casssadine (Constance Towers)? 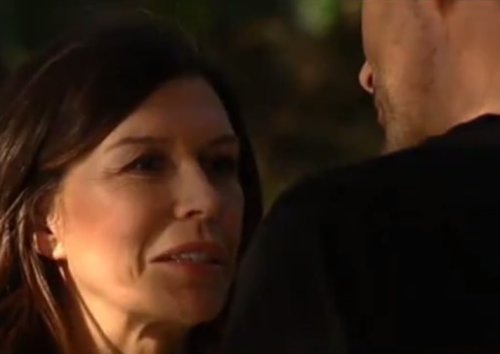 General Hospital spoilers warn that later, when Valentin comes home, Nina challenges him about his relationship with Anna and wants to know if he wants to bed the British spy. Things won’t go well for the newlywed Cassadines after this awkward conversation. Valentin’s desire for Anna may have put the nail in the coffin of his marriage to Nina. Andre runs into Anna fresh off her confrontation with Valentin.

Andre still wonders why Anna is behaving so differently and has a talk with her about her tactics in dealing with Valentin. Andre knows she’s eavesdropping illegally, but isn’t aware of the other dangerous game she’s playing tempting Valentin and trying to seduce the truth out of him. Liz Webber (Rebecca Herbst) is worried about Franco (Roger Howarth) and needs a confidant. 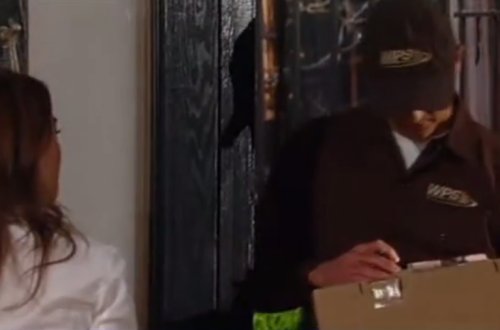 Liz goes to Kiki Jerome (Hayley Erin) since they share affection of Franco. Liz knows Franco ran off. Let’s hope he left her a text or something revealing he’s in Greece with Jason Morgan (Billy Miller). Franco is shocked to hear Jason admit he was the scarecrow that was kept chained to the rocks but he’s struggling to recover memories.

General Hospital spoilers hint that Franco doesn’t like that Jake was scared of Jason and takes “drastic action” that turns violent. Back in Port Charles, Liz is surprised by a special delivery from Spencer Cassadine (Nicolas Bechtel) to Jake Webber (Hudson West). Even stranger is that the package ties back to this Chimera mess. Share your comments on these GH spoilers for Wednesday, May 10 and tune into CDL for more General Hospital spoilers.