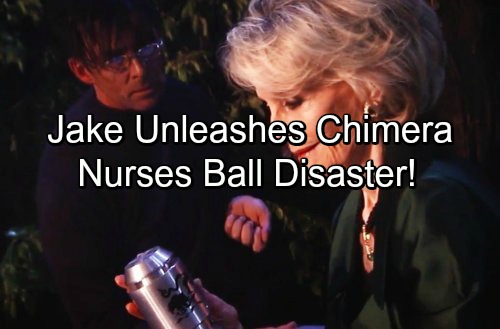 General Hospital (GH) spoilers reveal the metal tube stamped with a Chimera that is now in Jake Webber’s (Hudson West) hands contains something terrible and toxic that will put all of Port Charles at risk. Valentin Cassadine (James Patrick Stuart) started this whole plot back in the day. Valentin stole the Chimera Project and sold it to Helena Cassadine (Constance Towers).

From Helena’s cold dead hands, it came to Jake straight from the hands of Helena’s henchman Costa (Eddie Davenport). Since Helena owned the Chimera Project while she also had ownership of Jake, that metal tube was part of her long-range plans for the child and to take revenge on Port Charles. Why would Helena target a whole town? General Hospital spoilers tell us it’s all about Mikkos Cassadine (John Colicos). 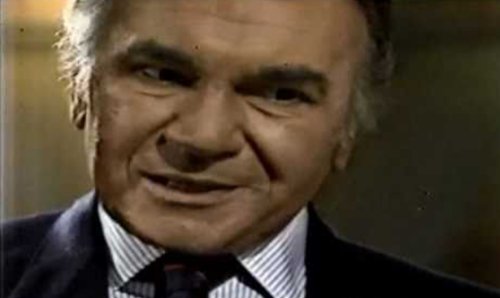 Remember before Helena died, she talked about her beloved Mikkos and seeing him on the other side after death. Mikkos ultimately died because of his own obsession with destroying the world, starting with Port Charles, using his weather machine powered by the Ice Princess diamond. General Hospital spoilers say that when Luke Spencer (Anthony Geary) took down Mikkos, that started Helena’s revenge plans.

Helena has been out to punish the people of Port Charles since she lost Mikkos and with Jake and the Chimera, she finally has her final shot at revenge – even though it’s from beyond the grave. General Hospital spoilers say that Helena left the Chimera with her trusted henchman to get to Jake after her death. And as for Jake, she trained him on what to do with the Chimera Project device once he got it. 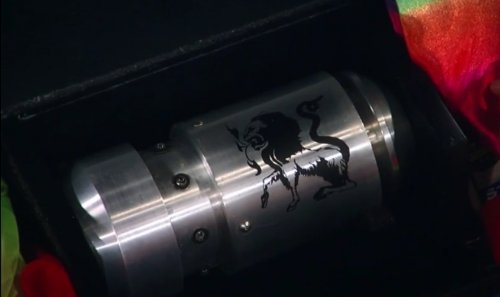 That’s why Jake drew the Chimera onto his roll of paper and stroked it and said, “I remember you.” Helena showed the Chimera tube to Jake back when they were together on Cassadine Island and she explained how to unleash it and when. Now it’s down to the big reveal and GH spoilers warn that it will be Jake that makes it happen. Next week, Jake develops a new hobby that turns into an obsession.

It’s all about that magic set that was sent from Helena using Spencer Cassadine’s (Nicolas Bechtel) name. Jake will perform at the General Hospital Nurse’s Ball again this year and instead of singing, it’s a magic act with a shocking and deadly grand finale. New promo photos from the Nurse’s Ball show Jake talking to Liz Webber (Rebecca Herbst) and he’s nervous about his performance. 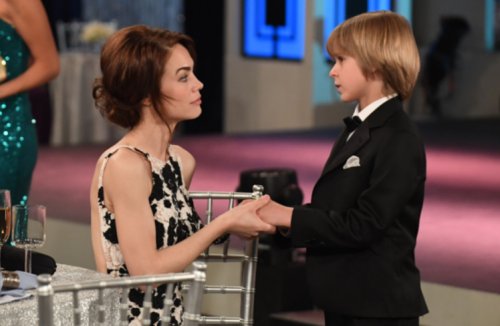 Liz has no idea that danger is coming and encourages Jake not to let nerves get the best of him and to do his act. Jake is struggling with the orders he was given by Helena and years of her influence on him. General Hospital spoilers reveal that when Jake reaches the big finale of his act and pulls out the metal tube with the Chimera emblem on it, only those who know the word “Chimera” will realize the real danger.

Valentin and Anna Devane (Finola Hughes) know what the Chimera Project is and Valentin will spin into a panic since Charlotte Cassadine (Scarlett Fernandez) and Nina Clay Cassadine (Michelle Stafford) are there and that means he could lose them to Helena’s horrible revenge. Share your comments on the coming danger at the Nurse’s Ball and come back to CDL often for the latest General Hospital spoilers.