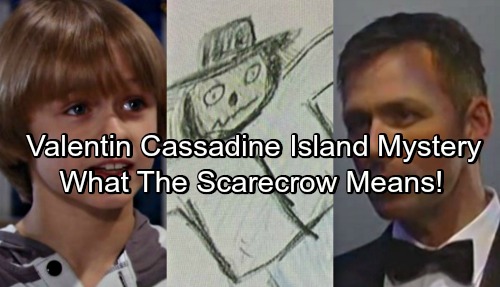 General Hospital (GH) spoilers suggest little Jake Webber (Hudson West) has some of his memories back, at least in his subconscious. While he was sleeping he drew a cage with bars, a numerical lock and a scarecrow; are these real or is it something he imagined while subjected to with Helena Cassadine’s (Constance Towers) mind control?

After Jason Morgan (Billy Miller) confronted his ex, Elizabeth Webber (Rebecca Herbst for allowing Franco Baldwin (Roger Howarth) to do art therapy with Jake; he asked Valentin Cassadine (James Patrick Stuart) for any insight of Cassadine Island and where there could be a scarecrow. 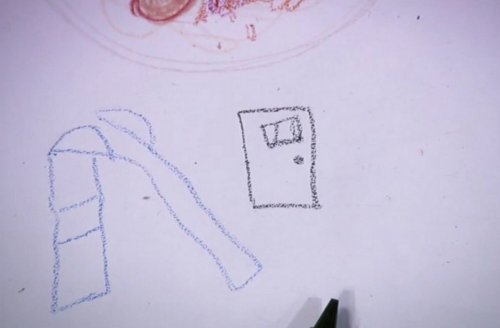 GH’s Valentin smirked when Jason told him and said he had no idea, offering Jason access to the Island, telling him to start in the olive grove. He goes into details saying the olive grove was there long before the Cassadines were there; and there is a scarecrow there, but not your average one. 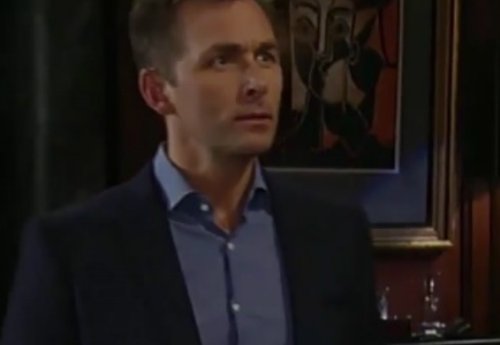 This ancient protector of the olive orchard is dark and threatening and there is a legend it came alive one night and scared some local kids. Valentin hints that if Jake did run into this scarecrow it would have left an indelible impression. The conversation seemed to delight Valentin, and General Hospital spoilers cliam it is clear he knows far more than he told Jason. GH buzz says it is entirely possible that Valentin was the scarecrow himself.

Through a child’s eyes, seeing Valentin before his transformation, could have led to the mistaken impression that he was a scarecrow. General Hospital spoilers tease it would make sense that Jake would draw bars since Valentin could have been kept caged by Helena at some point. He admitted that Helena would have killed him, if she knew that her husband, Mikkos Cassadine (the late – John Colicos) had left the entire Cassadine inheritance to him; maybe she had him caged and that is where the children on the island discovered him. 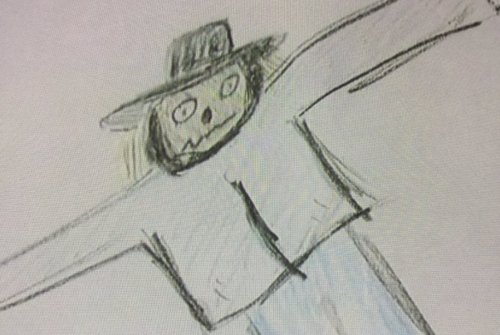 General Hospital fans noticed the twinkle in Valentin’s eyes as he addressed Jason’s questions. Is Valentin the one who terrified the children, if so, what will happen when young Jake runs into Valentin in Port Charles?

Jake is often trance-like, and sometimes seems to be under someone’s control, are we sure it is Helena who is behind it all – could Valentin have more to do with Jake than GH fans suspect? The upcoming trip to Cassadine Island promises to be an eye-opener for both Port Charles residents and GH Fans. Already CDL revealed that Daphne will be back with answers to burning questions. Be sure to tune into ABC’s General Hospital (GH) to catch up on all the stories happening right now. Check CDL General Hospital spoilers for updates and news!