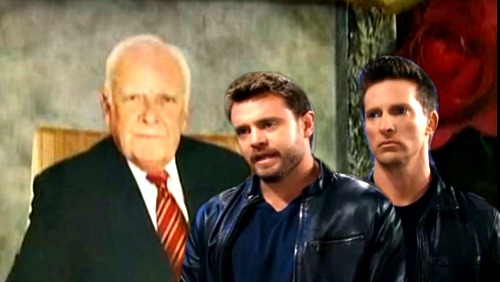 General Hospital (GH) spoilers reveal that Heather Webber (Robin Mattson) may be living most of her days in a facility for the criminally insane – but she has shown time and time again, that she is one person who knows how to keep a secret, and this one is a doozy! In fact it is at the core of the Twin Mystery and answers several previously unsolved questions.

Remember when Heather was privately in her room being all giddy saying she knew something that the Quartermaines didn’t know? She seemed quite pleased with herself. It becomes quite obvious later that the secret was that she discovered she wasn’t the only one who knew about Jason having a twin brother – Edward did too!

GH sources show that the day after the beloved, and sometimes ruthless Quartermaine patriarch and Jason and Drew’s grandpa, Edward Quartermaine (John Ingle) dies, Heather breaks into the Q mansion and finds his will. It was clear, at the time, that she planned to make sure that her son, Franco (then-James Franco) was included as Jason’s long lost twin and set to collect his Quartermaine inheritance.

Unfortunately, after quickly skimming through the document, she mumbles that Edward has “thought of everything” and places it carelessly back in the drawer when Skye Chandler-Quartermaine (Robin Christopher) walks in the living room and catches her there. 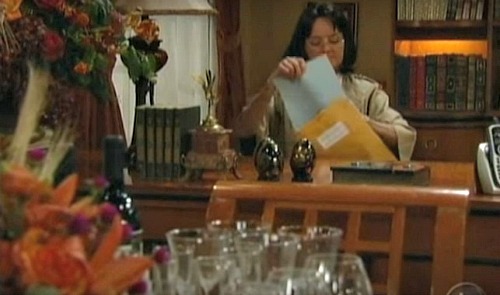 In order for viewers of the ABC soap opera to make sense of this revelation, we need to remember the moment Edward’s will was read to his family, because the wording is vital to understand that it is obvious he knew there were more “living” grandchildren than the ones he mentioned and wanted to make sure none of his greedy family members like daughter, Tracy (Jane Elliot), could misinterpret what his intentions were nor contest his will in any way!

General Hospital spoilers reveal that on November 26, 2012 Edward’s will was read. For all his living grandchildren, which included Skye – who Alan adopted, Jason Morgan (Steve Burton) – who was missing, but not declared dead, and Ned Ashton (Wally Kurth). Ironically, Michael Corinthos (Chad Duell) asked about his father, AJ Quartermaine (Sean Kanan) and attorney Diane Miller revealed that since he was indeed alive (again), that the law would obviously apply him as well – meaning that since Andrew “Drew” Cain (Billy Miller), is the late Dr. Alan Quartermaine’s biological son and Edward’s grandson, he too, would be included in that will.

GH’s Edward Quartermaine was a complicated man. He loved his family, but was also very protective of his money, but nowadays he wouldn’t see any protest from Tracy, since she has left town. It seems that her son, Ned, has taken over the “greedy” gene and wants to buy out Jason and Drew much to the chagrin of Dr. Monica Quartermaine (Leslie Charleson), who says they should honor her late husband Alan’s sons and not pay attention to Edward’s will.

Could this be the moment that will force attorneys Alexis Davis (Nancy Lee Grahn), who is representing ELQ, and Diane Miller (Carolyn Hennesy) to work together. Diane will have to show Edward’s will, which will only confirm that his final wishes were to provide for ALL his LIVING grandchildren – protecting Drew?

Do you believe that Edward knew about the twins all along and should Drew be included in the Q inheritance and family business? Be sure to tune into ABC’s General Hospital (GH) to catch up on everything happening right now in Port Charles. Check CDL General Hospital Spoilers often for updates, news, rumors and spoilers!