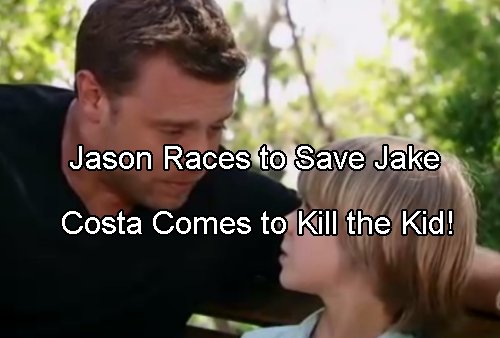 General Hospital (GH) spoilers reveal that Costa (Eddie Davenport) was ordered by Helena Cassadine (Constance Towers) to wrap up all the loose ends in Port Charles. Helena didn’t want anyone knowing she had sent the magic set to Jake Webber (Hudson West). That’s why Costa hand-delivered it and the card indicated it was from Spencer Cassadine (Nicolas Bechtel).

Meanwhile, Costa was ordered to tie up loose ends if the Chimera Project failed. Helena’s hope was that the Chimera toxin would infect and kill all of Port Charles so she’d know she had revenge while she was rotting in hell like the demon she is. Too bad Jake fought off the programming and didn’t unleash the poison. Helena knew that was a possibility and that’s why Costa was nearby, just in case her plan failed. 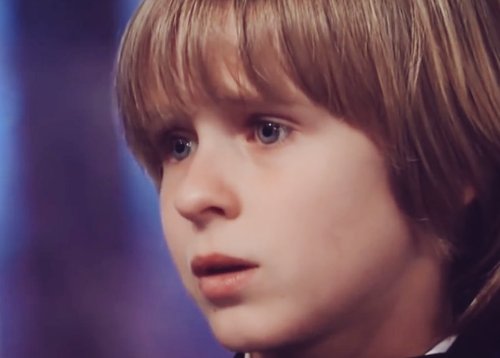 Now that Jake broke orders and the Chimera was supposedly destroyed, Costa has other back-up orders to work from – and that includes punishing Jason by taking Jake. Costa is in town and searching for a way to get Jake away from the family herd so he can take the kid. The only reason Jake was allowed to come back to Port Charles was to enact Helena’s plan to wipe out the city.

Remember how Lucky Spencer (Jonathan Jackson) just happened to find out his son was on Cassadine Island? That was not just a matter of chance. Helena leaked the information in a way she knew would get back to Lucky or Luke Spencer (Anthony Geary) knowing one of them would come for the kid. You might also remember that Helena didn’t fight them, she just let Jake go.

That was strange. Helena had plenty of time to stage a getaway or hide Jake, but she didn’t. She wanted Jake to be “found” and taken back to Port Charles as part of her grand scheme. The thing is, now that the Chimera plan failed, Helena won’t let Jason and Liz keep their boy. Helena has ordered Costa to take the kid and run, but for what purpose? 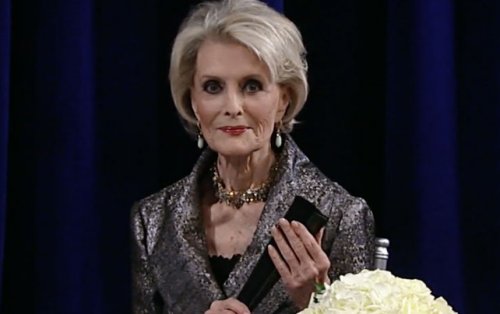 Perhaps Costa was told to take Jake back to one of the labs and brainwash him again. Or Helena might have ordered Costa to simply kill the kid as a final punishment for Jason because he ran off instead of staying and performing as her pet assassin. Whatever contingency plans Helena made for Jake, Costa is ready to carry them out.

Jason will soon discover Costa has orders to steal Jake and he races to save his son from Helena’s henchman and final scheme. Can Jason and Liz protect their son from Helena’s final terrible plans? We’ll find out soon. Share your comments below on Jake’s life being in danger and tune into CDL often for the latest General Hospital spoilers and news.