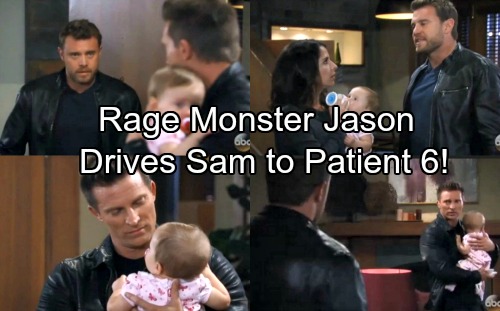 General Hospital (GH) spoilers tease that Sam (Kelly Monaco) will find herself feeling more and more torn. She loves Jason (Billy Miller) and recently assured him that their future is still intact. However, it looks like Sam will soon begin to waver a bit. She’ll realize that she indeed feels something for Patient Six (Steve Burton), but she won’t know how to deal with that.

Sam obviously won’t want to throw away the beautiful life she’s built with current Jason. At the same time, Patient Six will continue to stir up plenty of emotions in her. General Hospital hasn’t revealed the identity of the true Jason Morgan, but Carly (Laura Wright) and Sonny (Maurice Benard) are right about one thing. Patient Six’s behavior certainly lines up with classic Jason’s way of doing things. 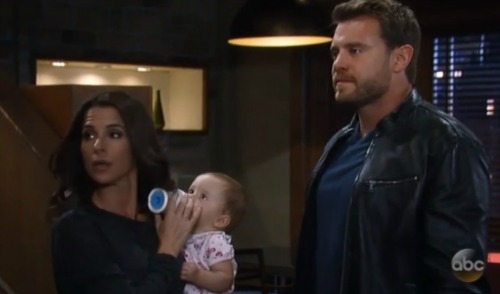 Since Burton is playing his old character, he’s understandably the most Jason-like. Burton’s Jason is stoic and calm – unless Franco’s (Roger Howarth) around. His attack was a natural reaction considering Franco’s history. Classic Jason acts exactly how Carly, Sonny and GH viewers would expect him to.

Current Jason, on the other hand, hasn’t really been acting like the real Jason Morgan would. Granted, current Jason’s life and identity are on the line, but the differences are too extreme to ignore. Miller’s Jason has been quite aggressive since Patient Six hit town. 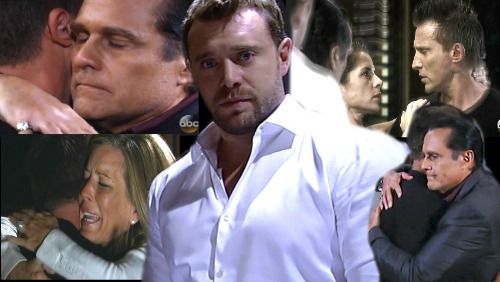 After P6 saved Sam, current Jason responded by threatening to kill him. He even had an outburst in front of Danny (T.K. Weaver) later. Miller’s Jason shows his softer side with Sam, but he’s awfully insecure. He’s become clingy and constantly pushes Sam to admit he’s the real Jason. On Friday’s GH episode, November 10, Jason went into full rage monster mode telling a confused Patient Six, ‘GET AWAY FROM MY DAUGHTER OR I’M GOING TO KILL YOU!!.’

Patient Six seems more concerned about making sure Sam is happy and has what she wants in life. If that’s the new guy, then he can accept that. Current Jason is just determined to get rid of his rival. Of course, we could see some changes in current Jason as other details come out. It just depends on how GH wants to tell this story. 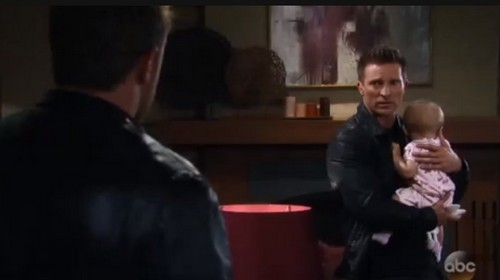 As it stands, current Jason’s behavior could easily drive Sam away. She may be drawn to the old qualities she once fell for in classic Jason. Do you think it’s a mistake for Miller’s Jason to be so forceful? Will he end up pushing Sam straight into Patient Six’s arms?