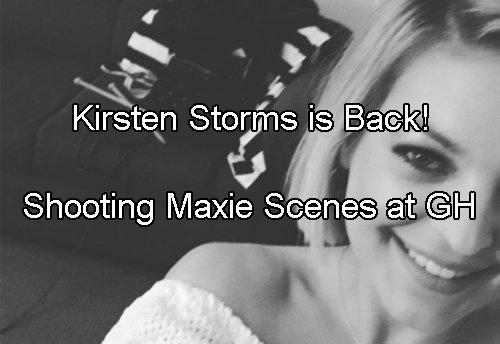 General Hospital (GH) spoilers reveal that Kirsten Storms is officially back on the GH set as of today. Kirsten has been dropping hints about her return to the ABC soap and now it’s confirmed. It looks like Maxie Jones will be back in Port Charles and in Nathan West’s (Ryan Paevey) arms in just a few weeks since there’s a delay between filming and when we see episodes of GH on our TVs.

Kirsten Storms was at the GH set on June 2 and shared a pic of her in the hallways at Prospect Park Studios pretend smooching an oversized photo of her real life and GH BFF Emme Rylan. Then, three days ago, Kirsten posted a photo of herself lounging in Emme Rylan’s crafting room. It seems that Kirsten was taking full advantage of her last few days off work by sewing and chilling with her BFF! 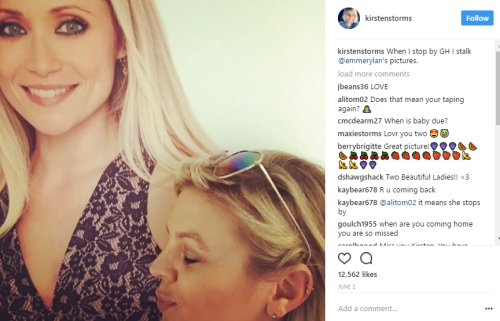 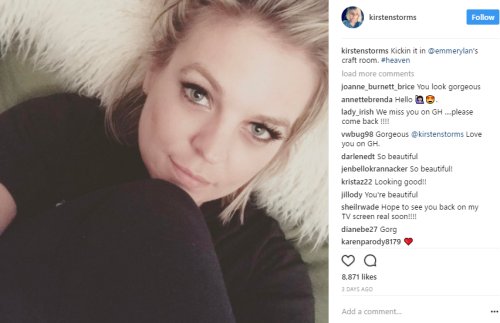 Earlier this week, Emme and Kirsten shared a series of three videos on Instagram of them goofing around in Emme’s car and Emmy’s baby bump looks big enough to bust. That was the last hurrah before Kirsten got back to work at the ABC soap. On Thursday, June 15, Kirsten was back at Prospect Park and was working, but not on set acting in the role of Maxie just yet. 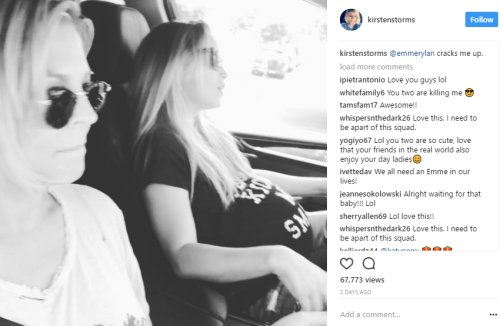 Instead, Kirsten Storms spent the day in wardrobe getting a new wardrobe for Maxie’s return to Port Charles and her big, long awaited reunion with Nathan. Wardrobe is a big deal for Maxie’s return since Kirsten Storms has put on a handful of pounds. It’s healthy weight and she looks great. Kirsten’s face is much fuller like the plump gorgeous Maxie face of years past. 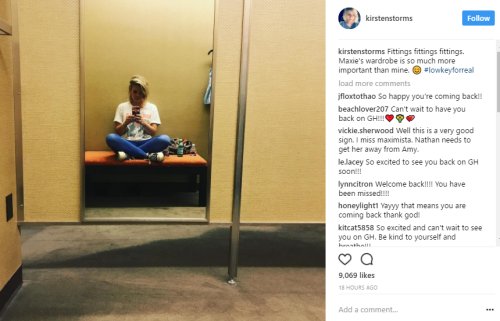 Then, today, Kirsten shared her first pic of her back in her GH dressing room, with full makeup on, ready for a day of work on the set. That means it’ll be this time next month when we see Maxie back in Port Charles. Nathan and GH fans will be thrilled to see her back in town so the newlyweds can pick up where they left off when Kirsten began her three months leave of absence. 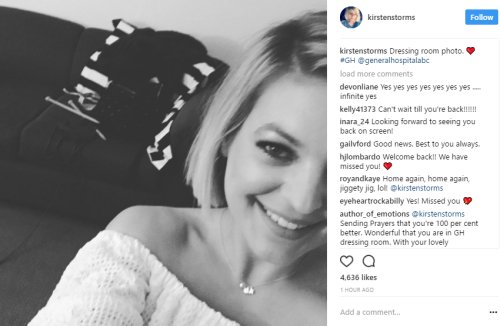 This is exciting news. What do you think of Kirsten’s long awaited return? What are you hoping Nathan and Maxie will do once reunited? Will Amy be a problem for the duo? Share your comments below and tune into CDL for more General Hospital spoilers on Maxie’s return.