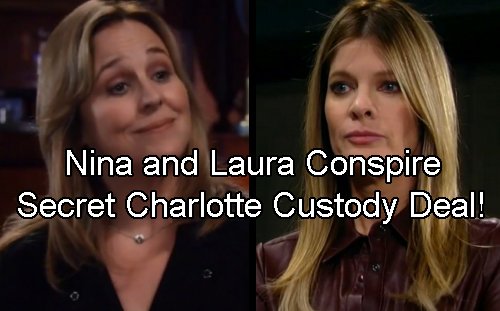 What could Laura and Nina have in common that would get them together to come up with a secret deal on the custody of Charlotte Cassadine (Scarlett Fernandez)? It’s all about the crazy. Laura and Nina have a history of mental illness and both spent time locked up in mental institutions.

Laura spent years catatonic at facility when her brain shut down over killing David Hamilton her older lover. Plus, when Laura wakes up in her car after Winston Rudge (David Lee) drugs her, she has no idea where she is or how she got there and things she’s having mental issues again. 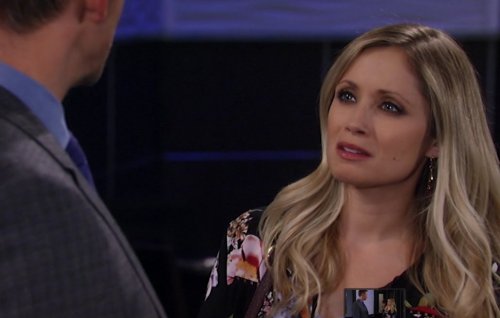 Lulu has struggled with mental health issues too and always feared she could go down the same road as her mother. Lulu hit rock bottom when she killed Logan Hayes. Valentin’s shark of a lawyer, Nora Buchanan (Hillary B Smith), will surely bring up Lulu’s past in court.

Lulu’s lawyer, Diane Miller (Carolyn Hennesy), can introduce Nina’s sketchy mental history of forcing Ava Jerome (Maura West) into labor and stealing her baby. Nina spent time at the mental hospital, too. This could turn into a very messy battle with all this exposed to the judge.

Nina and Laura have Charlotte’s best interests in mind and know the court battle will be hard on the little girl. Laura doesn’t want Valentin around Charlotte, but she knows the best result would be to keep things as amicable as possible. 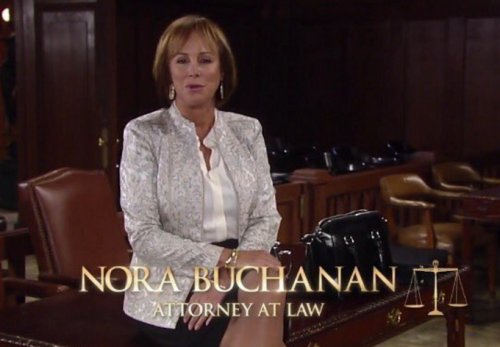 If all the dirty laundry comes out, Lulu might lose. But Valentin has some issues too. Everyone thinks Valentin “killed” Nikolas Cassadine (Tyler Christopher) but there was no body found and no proof. Lulu, however, was proven to have killed Logan.

There is no telling what a judge would do with all of this and it could go against Lulu, particularly after Charlotte has her say. General Hospital spoilers reveal Charlotte plays a part in the custody battle and she doesn’t want Lulu around. If the judge listens, Lulu may lose.

There is also Dante Falconeri’s (Dominic Zamprogna) cheating to consider. Nora could make a case that Lulu is crazy and Dante a philanderer. Combined with the trauma from Lulu telling Charlotte she’s her mom when she was grieving Claudette’s death, and Nora has a point. 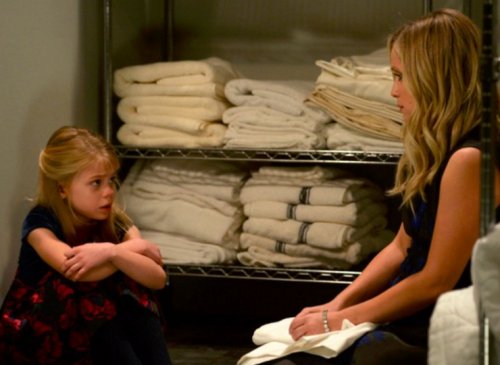 Diane will make the case that Valentin is an alleged criminal and his wife is a baby stealing nut job, and that’s a good argument, too. The problem is, if neither is a good parent, Charlotte could wind up in foster care and no one wants that. This custody case is a mess.

Laura and Nina make a deal to keep certain matters out of court and go back to Lulu and Valentin to explain the bargain. Valentin and Lulu won’t like it, but perhaps a disastrous result can be avoided. But will Valentin and Lulu refuse to honor the deal?

This custody case begins next week and we finally see Nora Buchanan from One Life to Live in Port Charles for a few episodes. Share your comments below and tune into CDL often for the latest General Hospital spoilers, news, and updates.

STRIKE THREE… YOU ARE OUT! Today’s #GH will leave you breathless. How will Jason save his baby AND Sam’s life? Find out, today on ABC! pic.twitter.com/HXVPeBsjiw