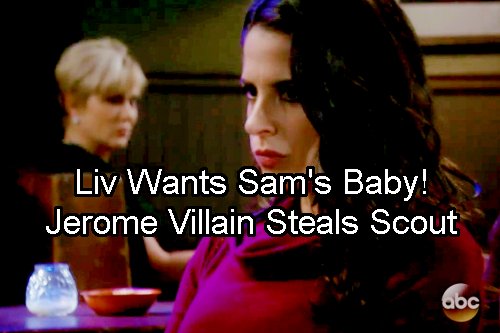 General Hospital (GH) spoilers tease that when Olivia “Liv” Jerome (Tonja Walker) kidnaps Sam Morgan (Kelly Monaco), there is more on her mind than just revenge against Sam’s husband and Liv’s little brother. This all ties back to Liv’s twisted obsession with Duke Lavery (Ian Buchanan).

We’ve all seen the photos that Liv made. She’s an insane scrapbook enthusiast with all those pics of Duke and Anna Devane (Finola Hughes). Liv cut Anna’s face out of all of them and pasted her on their place. Liv is living with a weird fantasy in her head about Duke – and Sam will play into it.

Way back in the day, Liv lied to Duke and told him she was pregnant with his child after they spent one drunken night together. The lie was revealed – but this also showed Liv’s deepest desire. She wanted to have a life with Duke and a child. We all know that Duke is really dead this time. 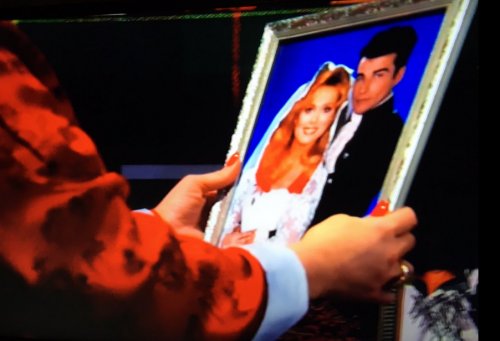 But in Liv’s sick mind, it doesn’t have to be that way. Liv has taken a keen interest in Sam. She even told her she wanted to touch her big baby bump but exercised some self-control. Soon, Liv won’t have any control when it comes to Sam and her unborn child. Liv has a weird plan in her mind.

Here’s how it starts. Sam has been thinking about Jason Morgan’s (Billy Miller) statement that he’s not certain Ava Jerome (Maura West) is responsible for the bomb that killed Morgan Corinthos (Bryan Craig). Sam is convinced her husband is right after a talk with Alexis Davis (Nancy Lee Grahn).

That leaves Sam poking around to find out more. She already searched on the web for a pic of her Aunt Olivia, but could only find a blurry shot. But when Liv approaches Sam, it all clicks and Sam realizes too late that the woman who’s her mom’s sponsor is also her wicked aunt. 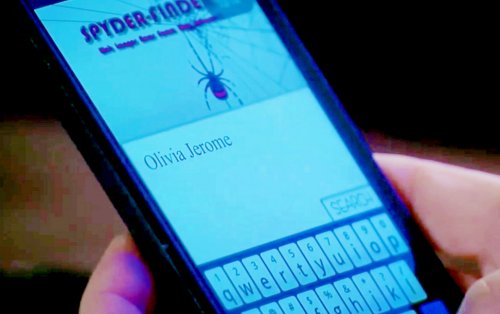 GH fans should not worry about the fate of Sam’s baby. Scout will be fine. And that’s just how Liv wants it. Remember when Julian Jerome (William deVry) panicked because he thought Liv poisoned little Leo? Liv said, “You should have known I would never hurt a child.”

That was true and foreshadowing Liv’s kidnapping of Sam. It may be that Liv doesn’t want Sam but wants her baby instead. Liv told Julian that she missed out on having a family and that’s her deepest regret – and biggest obsession.

Just as Liv has that twisted fantasy that she and Duke had a great love, she also has this sick idea that she and Duke deserve a child together. Since he’s dead, Liv is going to steal a baby to try and bring her imaginary happy ending to fruition. 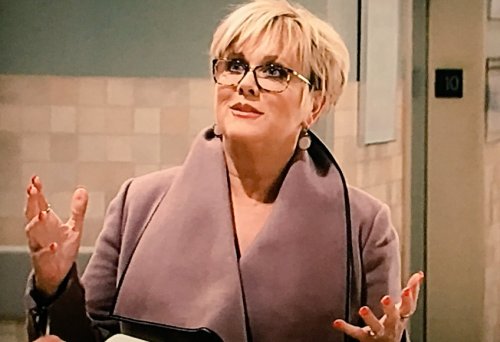 Liv went poking around Dr. Kelly Lee’s (Minae Noji) office for info on Sam and her pregnancy and possibly also supplies to help induce labor so she can force Sam to have the baby and keep it for herself.

Tonja Walker said her scenes are only airing through mid-March then Liv is gone from town. Liv may already have her exit plan in place – and plans on stealing Sam and Jason’s baby to take with her. Maybe she’ll even name the baby Little Duke.

Share your comments below on Liv’s plans to kidnap Sam and keep the baby for herself so she can create a fantasy Duke-Liv baby that could never happen in real life. Tune into CDL often for the latest General Hospital spoilers, updates, and news.