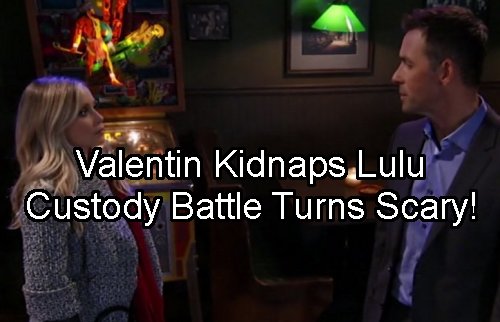 General Hospital (GH) spoilers tell us that Lulu Spencer (Emme Rylan) will be gone from Port Charles in a few weeks because of her scheduled maternity leave. But how will they explain Lulu’s absence? It will all come down to Valentin Cassadine (James Patrick Stuart). There’s a kidnapping coming soon!

Valentin and Lulu are in the early stages of a war over Charlotte Cassadine (Scarlett Fernandez) and GH spoilers say it will get ugly. In the battle for the kid, Dante Falconeri’s (Dominic Zamprogna) cheating and Nina Cassadine’s (Michelle Stafford) shaky mental health will be dragged before the judge.

Other General Hospital spoilers say OLTL’s Nora Buchanan (Hillary B Smith) will be involved in the case somehow. This is exciting stuff. But the final decision in the custody case may come down to Charlotte herself. She’s old enough to speak her mind and does not want Lulu in her life. 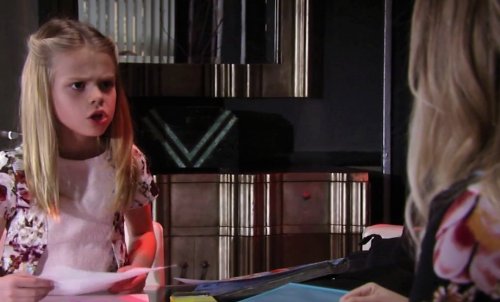 Lulu keeps making these bad decisions like ignoring the advice of Alexis Davis (Nancy Lee Grahn) and going to see Charlotte when she was at Crimson. That chance won’t come up again since Nina fired Maxie Jones (Kirsten Storms) over the breach of trust. But can Lulu contain herself?

She’s got the Spencer urge to keep pushing and that cost her the chance at joint custody. After the battle over sole custody, if it doesn’t go Lulu’s way, she could lose it. The judge could award Valentin sole custody with Lulu limited visitation – or none at all – like happened to Maxie.

What will Lulu do then? She won’t take it well and won’t leave Valentin and Charlotte alone. This will put Valentin in the position of having to protect his daughter without hurting her biological mother. There are some big reveals coming soon that Valentin is not the monster we think. 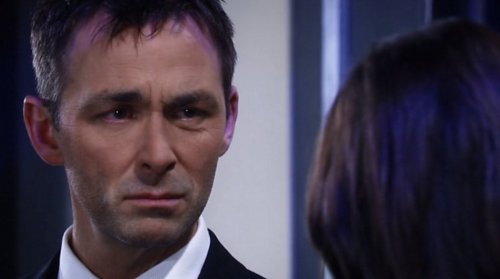 Anna Devane (Finola Hughes) got a glimpse at his records before they disappeared off her computer and was told she didn’t have clearance to see them. That means Valentin could be in deep cover working for the WSB and not a bad guy at all. Will Lulu sabotage his mission?

We don’t know yet what Valentin is working on, but it must be a big deal. He might need Lulu out of the way so he can get the job done and that means a kidnapping. Other GH spoilers tease that Valentin also has Nikolas Cassadine (Tyler Christopher) stashed away somewhere and his shooting was staged.

Might brother and sister be reunited soon? Also, factoring into this is Laura Spencer (Genie Francis) who just had a nightmare about shooting Valentin. This is likely foreshadowing of a coming confrontation after Lulu’s kidnapping. Laura won’t handle it well if she thinks Valentin hurt another of her children. 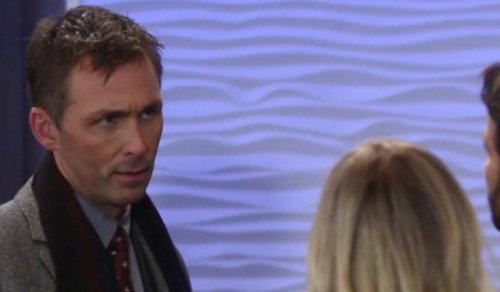 You can see Emme Rylan’s tummy getting bigger and bigger by the day and harder to hide. Expect some action on the custody case soon, more Lulu antics, and then a kidnapping to get her out of the way for a few months while the actress enjoys her maternity leave for baby number three.

Share your comments below on the maternity leave set up of Valentin kidnapping Lulu and tune into CDL often for the latest General Hospital spoilers, news, and updates.