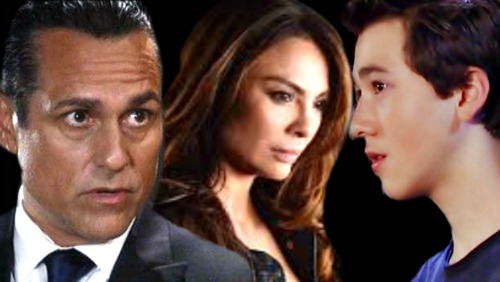 General Hospital spoilers reveal Maurice Benard, who portrays GH’s Sonny Corinthos, could be hinting at a possible return of Lilly Melgar (Lily Rivera Corinthos). Fans of the ABC soap opera saw a tweet on Benard’s personal account saying he loved Lilly Melgar, with a rose and an emoji, causing followers to speculate what is going on.

We know that the powers that be at General Hospital love to bring people back from the dead – look at the epic return of Steve Burton. Who’s not to say Lily could also be returning? It’s very plausible that her mob family was able to whisk her away and keep her on an island far away from Sonny Corinthos all this time.

GH sources tease that if Lily in fact survived the car bombing in 1996 that was meant for her husband, Sonny, then things are about to get really complicated for Sonny and his current wife, Carly Benson Corinthos (Laura Wright). Do you remember when Lily and Sonny were together?

At first, the couple were only supposed to be together for an arranged marriage but ultimately Sonny chose Lily over Brenda Barrett (Vanessa Marcil) because she was pregnant with his baby. He was just about to recommit to her when she died at the hands of father, Hernando (Ismael “East” Carlo), in a mob hit gone terribly wrong. 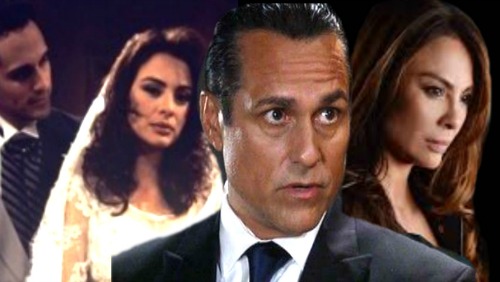 General Hospital spoilers believe Lily’s shocking resurrection would rattle Port Charles to its very core. Not only would Carly’s status as Sonny’s legal wife be questioned but there would be many people wondering what happened to the unborn son she was carrying at the time. Is he alive and is he possibly already in Port Charles – once again changing the course of the show, since fans know Maurice Benard said in a recent Q&A that his character has no more children.

We all know that Oscar Nero (Garren Stitt) is a new character in town but also has mysterious parentage. Since General Hospital is famous for changing dates and history to suit their storylines, which is clear since Joss has been aged to a teen, when she was born in 2009.

Imagine the havoc that would rain down on Port Charles if Oscar were the son of Lily Corinthos. How would Carly cope with her daughter, Josslyn Jacks (Eden McCoy) being in love with not only her rival’s son, but also her stepson?

Lilly Melgar has tweeted repeatedly that it would be a huge shocker for her return, but has never admitted whether she is coming back or not. Her character, Lily, has been a very controversial character among devoted fans of the daytime drama, as some feel she was desperate for Sonny’s affection while he clearly loved Brenda over her – and other fans feel if Lily is alive, it would throw Sonny into a tailspin because her “death” was what molded him into the man he is today.

General Hospital spoilers remind fans that Lily was a woman who impacted Sonny’s life like no other. Sonny’s love for her was even evident when he was set to kill his nemesis, Carlos Rivera (Jeffrey Vincent Parise) but stalled when he believed Carlos was related to Lily. Imagine how he would react to learn Lily is alive and well? Would his guilt turn to anger or would his unresolved feelings destroy everything and everyone currently in his life?

Be sure to tune into ABC’s General Hospital (GH) to catch up on everything happening in and around Port Charles right now. Check CDL General Hospital spoilers often for updates, news, rumors and spoilers!