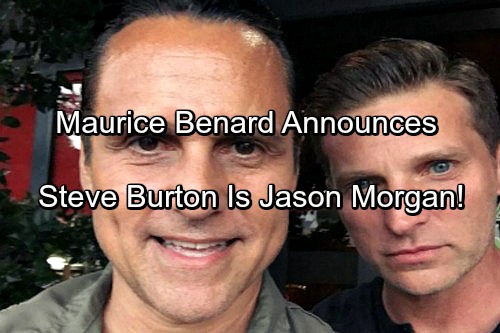 General Hospital (GH) spoilers tease that Steve Burton’s (ex-Jason) return to the ABC soap is rapidly approaching. Since we’ve already got a Jason (Billy Miller) in Port Charles, everyone’s been wondering how this is going to play out. There can only be one Jason Morgan, so who’s it going to be? Maurice Benard (Sonny) just weighed in on the topic during a Twitter chat.

A fan recently tweeted with an important question. He or she asked if Benard preferred Steve Burton in the role. Benard simply replied, “Steve is Jason.” It sounds like he has no doubts at all about the true identity of Burton’s character. The show may take a while to get to the big revelation, but Benard is firmly giving Burton’s version the seal of approval. 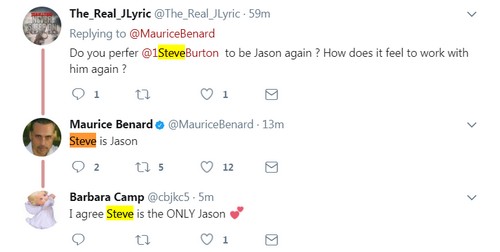 Many GH viewers would agree that there’s no point in Burton returning as anybody besides classic Jason. Of course, other General Hospital fans like Miller’s slightly softer portrayal. Jason has definitely changed since his return to town. That’s why Burton makes sense as the real “Stone Cold.” Miller’s Jason is a great character, but he’s not quite the Jason of the past.

In addition to confirming Steve as Jason, Benard offered some hints about what’s to come. Somebody asked how he would describe his upcoming storyline with the two Jasons. Benard noted that it’s “very interesting,” but wouldn’t give out any other details. GH wants this hot plot to remain mysterious. 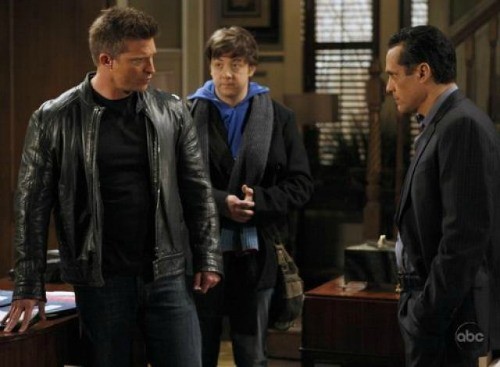 As for the moment Sonny comes face to face with Burton’s character, Benard suggested that we were in for a “scary” reaction. When someone asked if Sonny and Jason would be a team again, Benard said he hoped so. It’s clear that Benard is anxious to get back to work with his close friend. He admitted that he hasn’t taped any scenes with Burton yet, but added that it’s “like riding a bike.”

It’s nice to see Benard so fired up about shooting with Burton. Their enthusiasm should be evident once the dynamic duo is back in action. General Hospital spoilers reveal that some fantastic drama is brewing, so GH viewers will want to stay tuned! We’ll give you updates as other news comes in. Stick with the ABC soap and don’t forget to check CDL often for the latest General Hospital spoilers, updates and news.

Update: After CDL reported what Maurice said on his Twitter account and the frenzy began he decided to be more circumspect in his tweeting with this clarification of his original statement that ‘Steve is Jason.’

Of course we can’t presume to know what’s in Maurice’s mind but we do know that all General Hospital fans will find out soon enough!