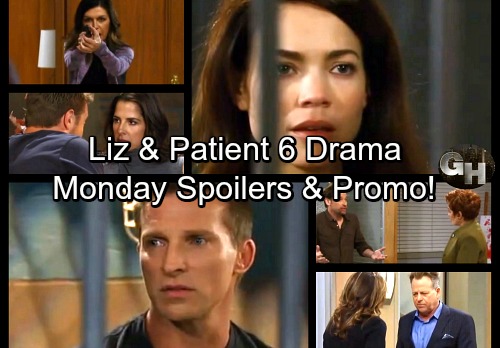 General Hospital (GH) spoilers forc Monday, November 6, tease that Scott’s (Kin Shriner) news will leave Alexis (Nancy Lee Grahn) in shock. Julian (William deVry) was beaten within an inch of his life in prison! Scott will suggest that he just felt like Alexis needed to know. Alexis will have to decide what she’s going to do with this stunning information.

Diane (Carolyn Hennesy) will be surprised when she gets updates from Alexis. She’ll insist that as hard as it may be, Alexis needs to steer clear of Pentonville. Diane will urge Alexis to leave the door closed on this relationship and move on. However, GH fans know Alexis just won’t be able to stay away. She’ll pay Julian a visit in prison, so tune in for William deVry’s first day back. 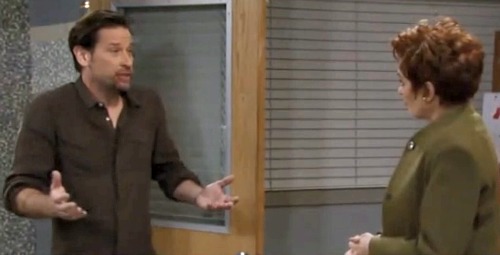 Meanwhile, Cassandra (Jessica Tuck) will catch Finn (Michael Easton) off guard. She’ll let him know that she’s decided to stay in Port Charles. Finn will realize this could be helpful for Anna’s (Finola Hughes) mission, but he’ll also know it could lead to trouble. The longer Cassandra sticks around, the more risks they’ll face.

Across town, Anna will face off with an intruder. She’ll hold a gun on someone as she demands to know what he or she is doing in her house. It looks like some tense moments are on the way. Elsewhere, Jason (Billy Miller) will make a promise to Sam (Kelly Monaco). He’ll vow to find out who Patient Six (Steve Burton) is and what he wants.

General Hospital spoilers say Diane will be on a mission as well. She’ll have a chat with Franco (Roger Howarth) in hopes of getting Patient Six off the hook. Since classic Jason won’t plead temporary insanity, Diane will have to find a different tactic. Perhaps she’ll hope Franco will talk to Jordan (Vinessa Antoine) about dropping the charges. 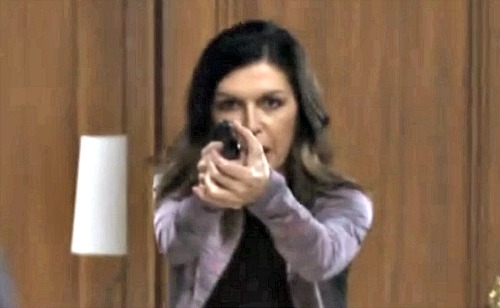 While Diane and Franco debate the matter, Liz (Rebecca Herbst) will size up Patient Six. He’ll maintain that he’s truly Jason, but Liz won’t know if she should believe him. They’ll share a tender conversation about Jake (Hudson West), but it won’t be enough to fully convince Liz that P6 is her ex.

Part of Liz will want to trust Patient Six, but another part of her will hate to turn her back on current Jason. Liz will struggle to make sense of all this, especially since Franco’s deceiving her again. We’ll keep you posted as other General Hospital details emerge. Stick with ABC’s GH and don’t forget to check CDL often for the latest General Hospital spoilers, updates and news.