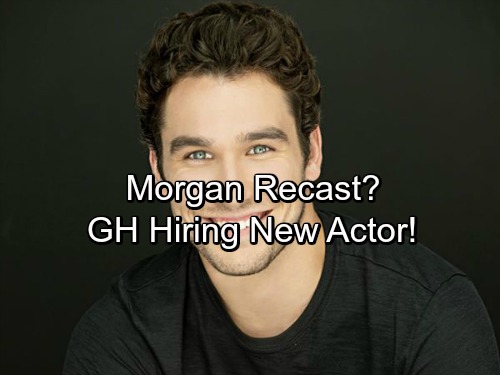 General Hospital (GH) spoilers tease that a Morgan recast could be in the works. Bryan Craig left the role to pursue other opportunities, but the ABC soap obviously doesn’t want us for forget about this important character. Morgan is practically mentioned on a daily basis.

Some good-looking actors recently auditioned for the contract role of “Drew.” Could this be disguised casting call for Morgan? Regardless, some handsome gentlemen gave it their best shot. Jake Mast, Steve Ducey, Johnny Preston and Heath Haden all stopped by the studio to read for the part.

Any of these hunks could make a nice Morgan if that’s indeed the role up for grabs. There were surely plenty of other soap star wannabes in the pool. General Hospital will undoubtedly find someone attractive and charming. 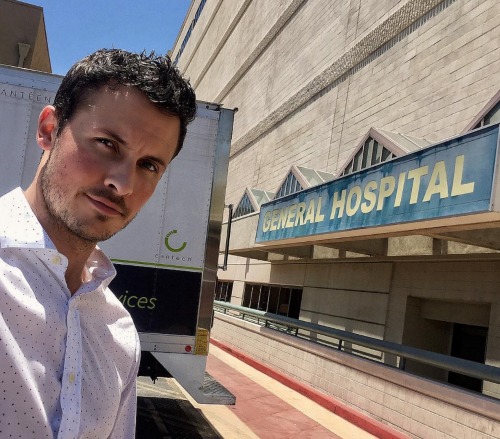 If “Drew” turns out to be Morgan, there could be some great storyline opportunities. First of all, the whole “return from the dead” shocker is a classic. It would give GH fans some excitement and shake up the Corinthos family.

Carly (Laura Wright) and Sonny (Maurice Bernard) are gearing up for a reunion, but it’s not going to be easy. That’s especially true since Sonny intends on getting out of the mob. It’s not something you can just bail on without putting some real effort into it. Josslyn (Eden McCoy) will cause problems for Sonny and Carly as well.

In other words, there will still be major obstacles for this couple. They could really use something to bring them together and lift their spirits. Morgan’s return from the dead would leave them over the moon. Nothing else would matter if they had their beloved son back. 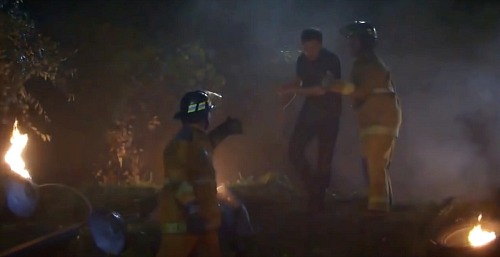 Having Morgan in the picture again could also shift things for Ava (Maura West). It wouldn’t change her actions, but an alive Morgan is better than a dead one. Ava’s punishment probably wouldn’t be as severe.

Plus, Morgan’s comeback could set up a potential love triangle with Kiki (Hayley Erin) and Dillon (Robert Palmer Watkins). If not, perhaps Morgan could fall for Nelle (Chloe Lanier). After all, they’ve kissed before. Michael’s (Chad Duell) joy over Morgan’s survival could turn into outrage over the competition.

Of course, General Hospital could still have something fun in store with plain ol’ Drew. New characters can be fine as long as they have lots of layers and maybe a connection on canvas. We’ll give you updates as other news comes in. Stay tuned to GH and don’t forget to check CDL often for the latest General Hospital spoilers, updates and news.