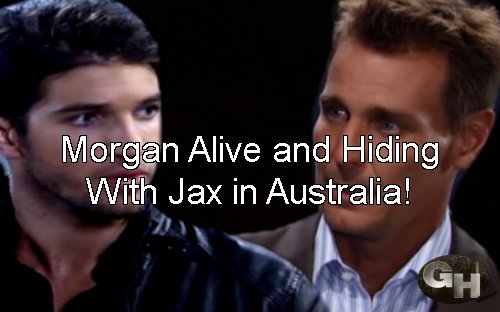 General Hospital (GH) spoilers reveal that Morgan Corinthos (Bryan Craig) is alive and hiding out in Australia. Carly Corinthos (Laura Wright) had info in her hand about her son’s fate, but was so focused on guilt she missed a major clue – and Jasper Jax (Ingo Rademacher) is involved.

Remember when some mail showed up at Sonny Corinthos’ (Maurice Benard) house addressed to Morgan? Carly opened it and found a credit card bill with a list of charges – seems like Morgan had a pretty high credit limit. It pays to be a mobster’s offspring and rolling in dough.

Carly and Sonny saw extravagances like a charge for a $1500 guitar but mostly focused on the online gambling charges on the credit card bill. That led them to a dark place where they shared their guilt over not knowing that Morgan was off the rails again, gambling and in a bipolar spiral. 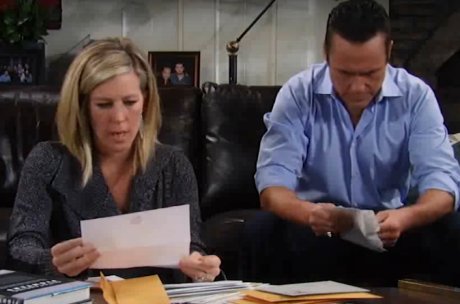 But neither of his parents bothered to check into the biggest charge on his card – a $10,000 first class airplane ticket to Australia. That was the big news on that credit card bill and they passed it right by. Why would GH writers bother to put that there unless it was very important?

We all know that Morgan isn’t really dead for three reasons. First, it’s very rare that anyone in Port Charles really dies. And even if they do, they can always make up some silly explanation and resurrect them. Second, Morgan’s coffin was empty. No body equals no true death.

Third, someone was lurking outside on the back patio of Casa Corinthos the night of the car explosion. Remember someone was watching when Sonny broke the news of Morgan’s death to Carly and they were crying and holding one another. That was not just a funky camera angle. 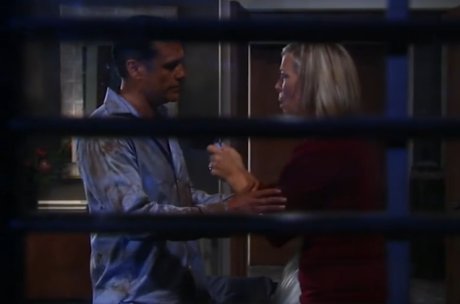 When GH shoots scenes like that, it’s from someone’s perspective. They were being watched – likely by Morgan. Consider this. Morgan had just stolen a car and then it blew up. He was clear of it when it happened so he was likely blown out of the way. Then he went home and saw his parents.

He saw them mourning his death and then decided to walk away and let them continue to think he was dead. Morgan hated himself so much at that point, that it would have been an easy choice to make. It was a clean break for him – and an easy excuse to leave Port Charles. Plus he had a plane ticket.

So Morgan could have hopped on the plane to Australia and then gone to his former step-dad Jax for help since he couldn’t access any of his Corinthos cash. Remember how cagey Jax was acting when he was in town for Morgan’s funeral? Guilt over keeping a big secret from Carly would explain it. 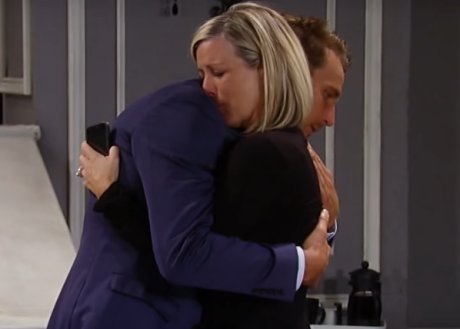 Jax cares about Morgan and the mob had just put Morgan’s life in danger once again so, of course, Jax would help him. He would see hiding Morgan out in Australia as a sort of do-it-yourself witness protection program. It kept Morgan safe and away from the mob, even if it broke Carly’s heart.

We all know Morgan will come back to Port Charles eventually but when he does, will Carly be able to forgive Jax for hiding her son and letting her mourn his death? Share your comments below on this twist in Morgan’s story and tune into CDL for the latest General Hospital spoilers and news.

“Who ever it is, it AIN’T ME!” more juicy drama ahead plus lots of romance next week on #GH! Enjoy your weekend! pic.twitter.com/yVBSDI4VWH