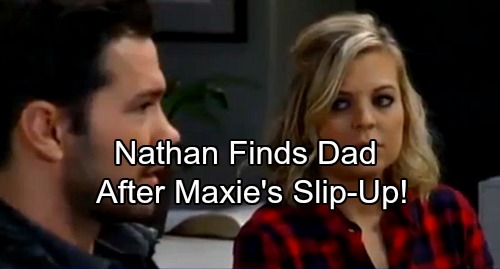 General Hospital (GH) spoilers tease that Nathan’s (Ryan Paevey) paternity hunt will finally take off this week. He’s been wondering if Dr. Obrecht (Kathleen Gati) might be lying about his father’s identity and he’ll soon learn that she indeed deceived him. After the medical records are confirmed to be false, Nathan will corner his mom to demand some answers. Dr. O will face intense pressure to come clean.

Once Nathan makes it clear that he’s not backing down, Dr. Obrecht will share some huge news. She’ll admit that she lied, but she’ll probably suggest that she’s only trying to protect him. Nathan will do his best to get more info, but it’s hard to get anything solid out of Dr. O. Even when she spills details, you can never be sure of how much is the truth. 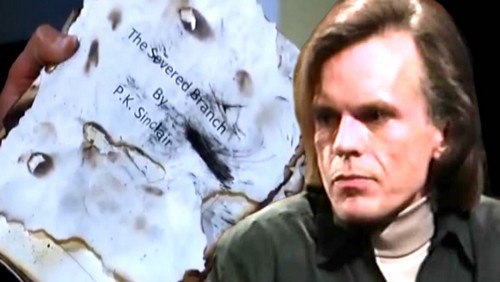 Later, Nathan will give Maxie (Kirsten Storms) updates and they’ll ponder what to do next. The baby will definitely be on Nathan’s mind throughout all of this. He wants to do everything right and know about any issues in advance. If their child may have inherited an illness or could be at risk for one, Nathan would like to find out before the birth.

Maxie may argue that Nathan doesn’t have to solve the mystery if he doesn’t want to. They could always get testing done and sort everything out if a problem comes up. Maxie will let her hubby know she’s behind him 100 percent. However, this is about more than just the baby now. Nathan’s curiosity is growing and there’s no way he can just forget about his questions. 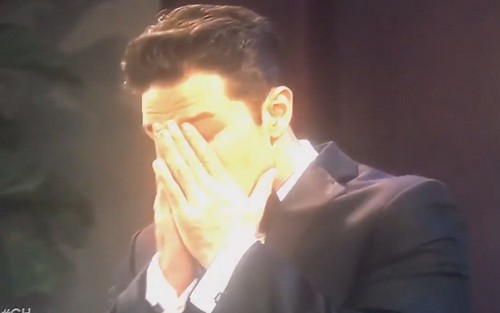 General Hospital spoilers reveal that Dr. Obrecht will grow increasingly concerned. As Nathan’s search revs up, Dr. O will likely see what she what she can learn from Maxie. GH fans can expect Maxie to blab about something she probably shouldn’t share. It’s not a good idea to give Dr. O a heads-up on Nathan’s plans right now.

Dr. Obrecht will do some scheming as she works to keep the rest of her secrets under wraps. Meanwhile, Nathan will reach the wrong conclusion. He’ll assume he has his facts straight, but some mistakes and Dr. O’s tricks could botch his analysis.

It sounds like Nathan first father candidate may be incorrect, but he won’t call it quits. General Hospital spoilers state that Nathan will discover his true paternity in 2018 and it’ll affect his life in a big way. Danger could be looming! We’ll keep you posted as other GH news comes in. Stick with the ABC soap and don’t forget to check CDL often for the latest General Hospital spoilers, updates and news.