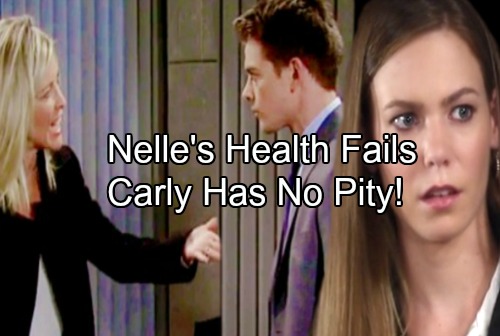 General Hospital (GH) spoilers tease that Nelle (Chloe Lanier) will face some highs and lows over the next few weeks. She seems to be enjoying her job as Charlotte’s (Scarlett Fernandez) nanny, but Nina (Michelle Stafford) is a bit of a drama queen. Nelle is doing her best to handle Nina’s spy demands, but her lies could land her in hot water eventually.

Nevertheless, Nina’s issues aren’t at the top of Nelle’s list. She’s much more concerned about Michael’s (Chad Duell) view of her. They shared some nice moments on the pier after Nelle refused to give a statement against Jax (Ingo Rademacher). Unfortunately, Michael wasn’t quite as amiable at The Floating Rib later. 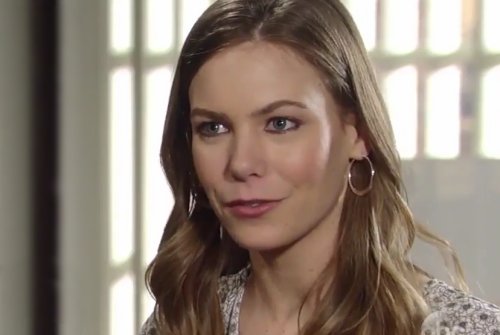 For Nelle, it’s always one step forward and two steps back. The good news is a nice surprise will head her way. It should lift Nelle’s spirits slightly, but things aren’t going to turn around for her just yet. Nelle will have to suffer a little before she has a shot with Michael.

Once her lucky break fizzles, GH spoilers say Nelle will battle intense loneliness. She’ll begin to wonder if she has any real hope of earning Michael’s forgiveness. Carly (Laura Wright) definitely hopes Michael can stick to his guns. She approves of her son’s kindness, but she doesn’t want him wasting his time on a troublemaker like Nelle. 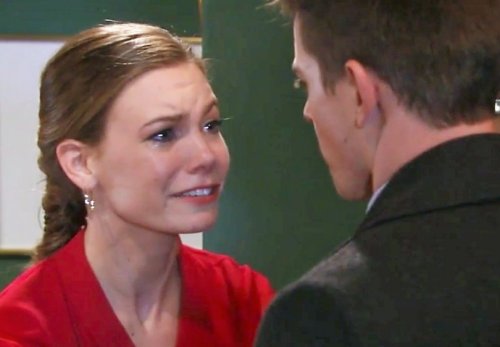 Michael doesn’t plan on pursuing Nelle romantically again, but he may have to rethink that. General Hospital spoilers reveal that Nelle will endure a sudden health scare. This might involve an accident but it’s more likely kidney-related. The latter would have more impact since it would remind Michael of what Nelle gave up for Josslyn (Eden McCoy).

Despite any anger he harbors toward Nelle, Michael is incredibly grateful that she saved Joss’ life. It wasn’t Nelle’s choice to donate her kidney, but she wouldn’t change anything now. Carly is thankful as well, but she doesn’t think Nelle should be given a pass for her fake sex scheme. 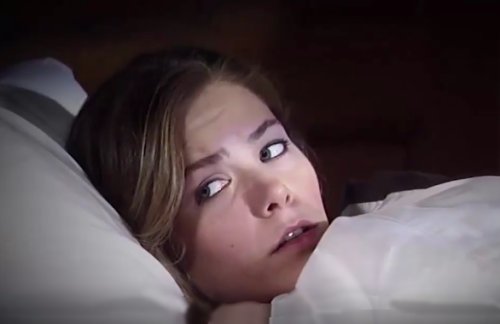 It’s doubtful that Nelle’s health crisis will make Carly take pity on her. Carly is incapable of showing sympathy for Nelle at this point. As her divorce battle continues to heat up, Carly’s feud with Nelle could do the same.

Still, Michael is the one who gets to make this call. If he wants to be with Nelle, then there’s nothing Carly can do to prevent it. Of course, that won’t stop Carly from trying! Will family conflict erupt over Michael and Nelle’s inevitable romance? We’ll give you updates as other General Hospital details emerge. Stay tuned to ABC’s GH and don’t forget to check CDL often for the latest General Hospital spoilers, updates and news.