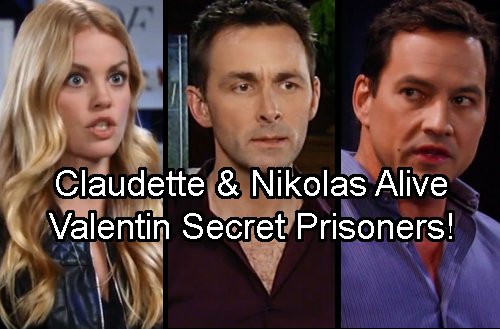 General Hospital (GH) spoilers tease fan suspicions are correct and neither Nikolas Cassadine (Tyler Christopher) or Claudette Beaulieu (Bree Williamson) are dead. In fact, the two might be alive and well and stuck together thanks to Valentin Cassadine (James Patrick Stuart).

Remember Valentin assured Nina Clay Cassadine (Michelle Stafford) that he has covered his tracks well because he doesn’t want anything to mess up his custody of Charlotte Cassadine (Scarlett Fernandez). That means he can’t have any skeletons coming back to haunt him from his closet.

Although it’s been since the New Year that we learned that Claudette was “dead” of an apparent suicide, Dr Griffin Munro (Matt Cohen) recently name dropped Claudette and that wasn’t just a random mention but a hint about what’s coming to General Hospital for May sweeps in just a few weeks.

Griffin told Lulu Spencer (Emme Rylan) he doesn’t believe Claudette would ever kill herself because of her Catholic faith. That’s a big no-no in their religion and everyone knows Claudette wasn’t the type to take herself out of the equation. She was too self-centered. 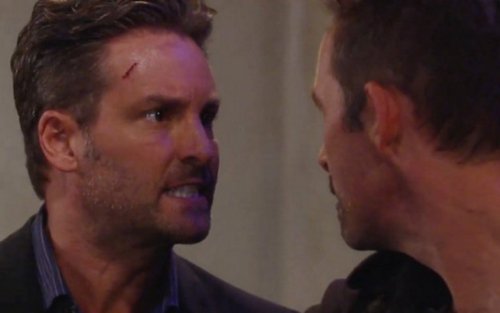 We also know Valentin paid off the Canadian authorities that told Nathan West (Ryan Paevey) that Claudette’s body had been found and identified. General Hospital spoilers say that soon enough we’ll find out that Valentin got rid of Claudette, but not in the bloody and homicidal manner many suspect.

Valentin wouldn’t kill Claudette because Charlotte believed Claudette is her mom and he wouldn’t hurt his daughter that way. So it’s far more likely that Valentin got Claudette out of the way by kidnapping and imprisoning her. That brings us back to Nikolas.

General Hospital spoilers reveal that many things don’t add up about Nikolas’ “death” starting with where is his body? After a fall off a balcony, it seems like Nikolas would have splattered all over and even if someone took his body, there would be all manner of gore where he hit the ground.

But Lulu and Laura Spencer (Genie Francis) found nothing when they searched Cassadine Island. That could be because Valentin shot Nikolas with a non-fatal round intended to knock him off the balcony where some henchmen grabbed him before he hit the ground. 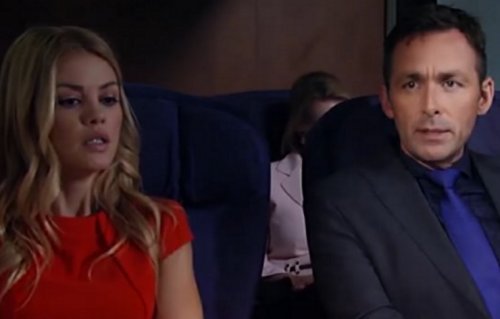 That would get Nikolas out of Valentin’s way without him having to kill his nephew. Whom have we seen Valentin kill aside from Nikolas which seems to be a rigged incident? No one. As proven by Anna Devane (Finola Hughes), Valentin was once a good guy and he still seems good underneath.

When Valentin recently threatened Nelle Hayes (Chloe Lanier) telling her if she crossed him, they would “never find her body” it sounded scary but it could have meant he would stash her the same place he has put other problems in his life including baby surrogate Claudette and Nikolas.

The catacombs under the manor at Cassadine Island seem a good place to keep prisoners and we know Robin Scorpio (Kimberly McCullough) was kept at a compound across the island. There are plenty of places for Valentin to imprison those that get in his way at his island in Greece.

On General Hospital May sweeps, when Jason Morgan (Billy Miller) goes to Cassadine Island to look into Jake Webber’s (Hudson West) past, he could find Nikolas (as a recast) and Claudette and perhaps others that Valentin has locked away because they interfered with his plans. Share your comments on a May sweeps reveal of recast Nikolas and Claudette held in Valentin’s Greek prison. Tune into CDL often for the latest General Hospital spoilers, news and updates. 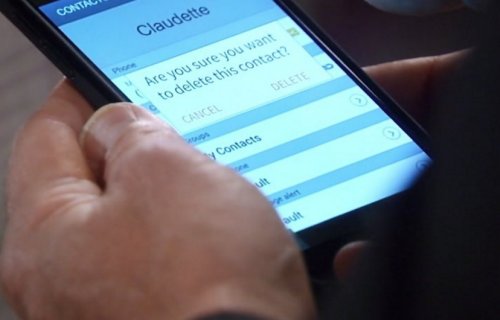