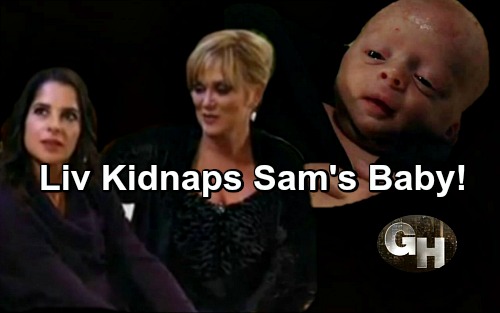 Liv will be at GH on Monday heading for Dr Kelly Lee’s (Minae Noji) office. She’s got a plan and needs info from Sam’s OB/GYN to make it happen. GH fans all knew something was up when Liv lied to get Sam to tell her the name of her baby doc. Sam will soon become a pawn in Liv’s revenge game.

A recent revenge video promo shows us that Julian and Jason are top on Liv’s list of enemies to punish. Julian hasn’t obeyed orders and has failed Liv too many times. Jason is another story. He’s been thwarting her at every turn and is the one that could put her on the PCPD’s radar as Julian’s sister. 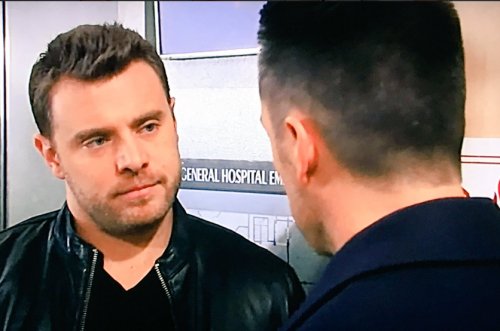 Right now, Ava Jerome (Maura West) is in custody for the car bomb that killed Morgan Corinthos (Bryan Craig) but things could easily change. If Ava has a solid alibi that proves she was elsewhere, the cops might have to let her go. A quick glimpse into the branches of the Jerome family tree could reveal Liv.

Jason is the one, along with Curtis Ashford (Donnell Turner), that has figured out the bomb case. The PCPD are Keystone cops that are generally clueless. Liv needs Jason off the case and that means a distraction. Jason and Sonny Corinthos (Maurice Benard) fooled Julian, but not Liv. She’s furious.

When Liv hears about the pics and recording the cops have, she attacks Julian and pushes forward with her plan to get Jason out of the way and punish Julian. Liv has done her homework and knows all about Julian’s loved ones including his daughter. She knows Jason will be terrified if Sam goes missing. 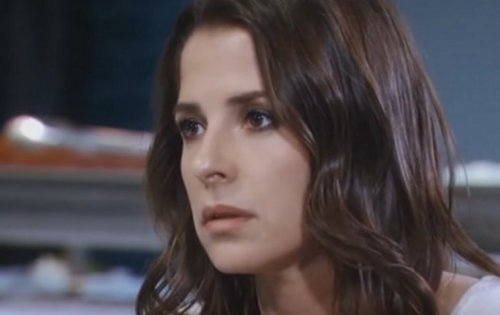 Liv will soon snatch Sam and hide her away. That will drive Jason off the deep end. He’ll be terrified that Julian’s dirty mob secrets have put Sam’s life at risk. Jason is scared Sam was killed to punish him and Julian. But Liv wouldn’t kill Sam – not yet at least – not while Sam is still pregnant.

Liv is a monster but wouldn’t harm a child. General Hospital spoilers tease that the kidnapping ordeal will be too much for Sam to handle. She already had that one troublesome non-stress test that left Dr Lee with some concerns about her pregnancy and the kidnapping pushes Sam over the edge.

Sam will be in crisis and could go into early labor. This is a perfect scenario for Liv. Taking Sam is great but having both Sam and the JaSam baby is even better. With those two in her hands, she can control both Julian and Jason and hold them off long enough to get the revenge she wants. 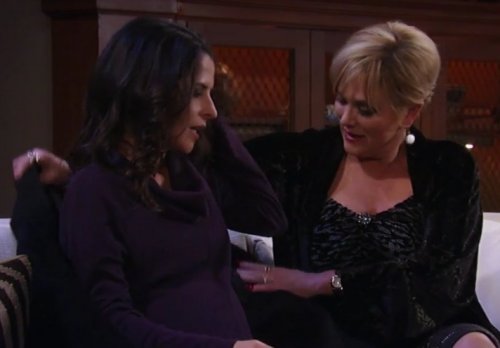 Can Jason get Sam away from Liv before she puts both mother and child at risk? Share your comments below and tune into CDL often for the latest General Hospital spoilers, news, and updates.