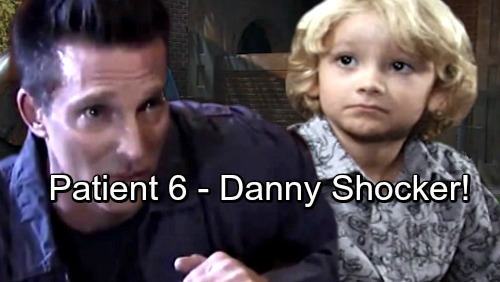 General Hospital (GH) spoilers tease that some strange drama is looming for Sam (Kelly Monaco) and Jason (Billy Miller). Halloween could bring an eerie feeling for their family. Patient Six (Steve Burton) will find himself yearning for Sam on October 31. He may not be able to resist sneaking another peek at her.

The next day, Jason will grow concerned about Danny (T.K. Weaver). It’s possible that Danny will spot a man lurking and mention it. Then again, this could be related to some sort of injury or meltdown. Any change in Danny’s behavior will worry Jason. He may fear that he hasn’t been giving the boy enough attention.

Patient Six will use a terrible situation to his advantage on November 2. Could this tie in with Danny’s difficulties? Patient Six should be getting pretty desperate by then. If he hasn’t already made contact with a loved one, classic Jason will certainly be eager to. It must be brutal watching his family and friends go about their lives with another Jason in the mix. 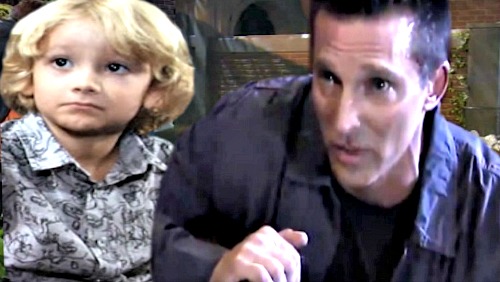 Could Patient Six talk to Danny or save him from a troubling predicament? If he reaches out briefly and takes off, that could leave Sam and Jason wondering what happened. General Hospital spoilers say they could get anxious about a threat. Jake’s (Hudson West) recent revelation might linger in the back of Jason’s mind.

When Jake was in the park, he heard Patient Six call out his name. Afterward, he walked around the corner to get hot chocolate and noticed someone hanging around when he returned. Jake didn’t get a good look at the guy, but he noted that there was something comforting about him. It was like Patient Six made Jake feel safe.

That’s probably another big hint about Patient Six being the real Jason Morgan. Many GH fans assumed classic Jason would struggle to bond with his kids after being away for so long. Perhaps the opposite will be true. Jake and Danny may feel an instant connection to Burton’s Jason. Miller’s Jason could end up feeling left out.

Of course, the boys will be awfully confused once the twin details emerge. Danny and Jake will have a lot to deal with. General Hospital spoilers say the family complications could make Sam’s choice even harder. She may not know what to believe or who to choose.

It sounds like tough times are ahead for all parties involved. We’ll give you updates as other GH news comes in. Stay tuned to the ABC soap and don’t forget to check CDL often for the latest General Hospital spoilers, updates and news.