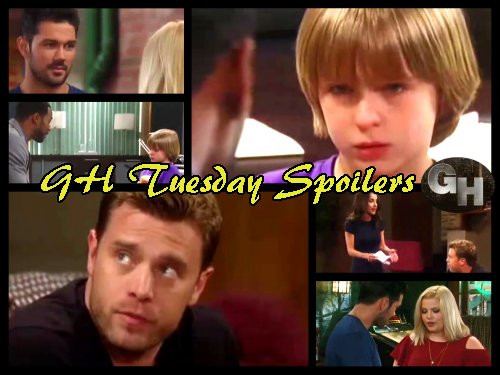 Nina Clay Cassadine (Michelle Stafford) shows up at Lulu’s door, likely to check in on Charlotte and hears the ladies talking. Nina wonders if Valentin could go free based on what she overhears. With Alex Devane Marick (Finola Hughes) missing, there’s little evidence against Valentin – most is circumstantial. Also, summer General Hospital spoilers say Valentin will stick around Port Charles.

Amy Driscoll (Risa Dorken) meets up with Nathan West (Ryan Paevey) to ask for a favor. Amy has a big ask for the hunky cop. She got a book deal offer for Man Landers to write a romance advice guide, but Nathan is the face, so she needs him to seal the deal. Nathan doesn’t like Amy co-opting his face for her web-based romance column, but this is even worse. What will Nathan say? 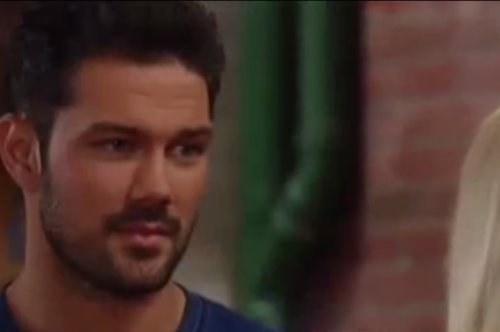 Carly Corinthos (Laura Wright) hops over to see Sonny Corinthos (Maurice Benard) and says they need to talk about Monday’s lip lock. Carly knows Josslyn Jacks (Eden McCoy) isn’t pleased about them rekindling, and Carly considers that but she wants what’s best for everyone. Some General Hospital spoilers hint Carly and Sonny might sneak around behind Josslyn’s back to avoid more teen angst.

Dr. Andre Maddox (Anthony Montgomery) has a counseling session with Jake Webber (Hudson West) and pleads with Jake to trust him. Andre has something he wants Jake to do. Andre is trying to figure out how deep Helena Cassadine (Constance Towers) dug into Jake’s mind and is trying to break whatever programming is there without causing Jake any mental trauma.

Jason Morgan (Billy Miller) is also intent on finding out more about Helena and Jake and he wants answers. Sam Morgan (Kelly Monaco) is struggling. She’s on edge and acting wacky. Sam has a vision that seems to predict doom for Jason is he continues down this path. Sam snaps at Jason and tells him to let it go. She insists the Jake situation is over and done and wants him to chill. 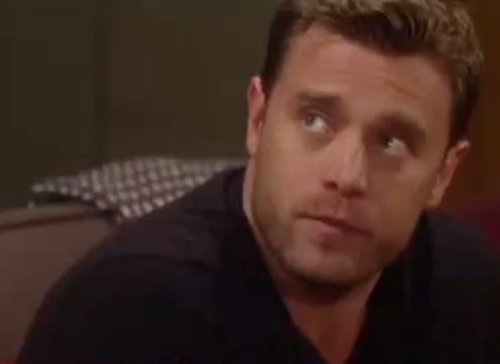 But Jason won’t let it go and he calls in reinforcements. Jason dials up his BFF Damian Spinelli (Bradford Anderson) who shows up to see Jason and help him figure out if there’s any residual danger from Helena. Jason is certain someone else is doing Helena’s bidding since she’s long dead and couldn’t be the one that sent the magic set with the Chimera toxin to his son.

Jason and Spinelli figure out Costa (Eddie Davenport) is the one carrying out her orders and Spinelli sets out to track him down for Jason so he can protect his son and end the threat. Sam is scared for Jason’s safety and is vocal about her disapproval. Share your comments on these spoilers for Tuesday, June 13 and tune into CDL often for more General Hospital spoilers.