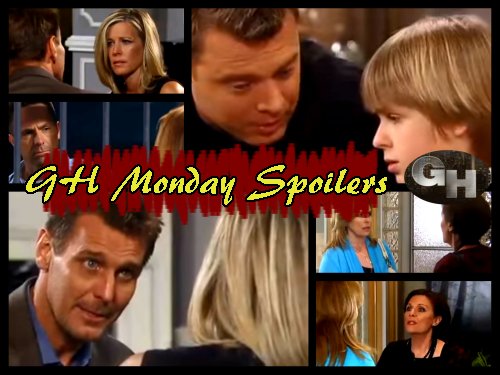 General Hospital (GH) spoilers for Monday, April 24 reveal Ned Ashton (Wally Kurth) is concerned about the Quartermaine family harboring Samira Adin (Ivy Natalia) when immigration is after her trying to deport her for the expired emergency visa.

Ned tells Samira they can only cover for her for so long but Monica Quartermaine (Leslie Charleson) is determined to help Samira. Since Monica knows the pain, two times over, of losing a daughter she definitely wants to help Samira reclaims her kid. 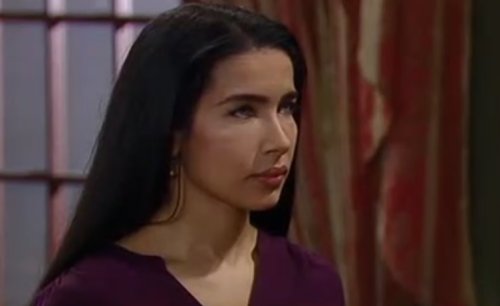 Olivia Falconeri (Lisa LoCicero) also has kids on the brain when she goes to the PCPD to talk to her baby daddy Julian Jerome (William deVry). Olivia has her life all planned. General Hospital spoilers hint that with Julian dead, she could marry Ned and he’d adopt Leo and her family would be set.

With pesky Julian cropping up alive, that’s an issue so Olivia goes to Julian to make an appeal. Olivia wants Julian to let go of his parental rights so Ned can still adopt. Julian loves his kids but also wants what’s best for them and it’s likely he’ll consent to her request. 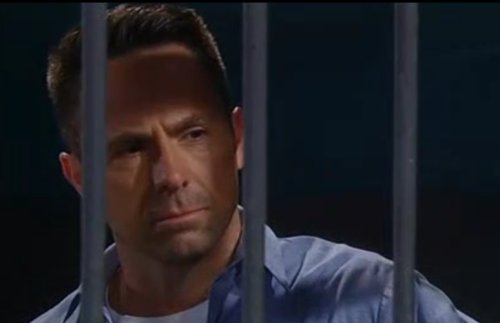 Also at the PCPD is Diane Miller (Carolyn Hennesy) with her client and BFF Alexis Davis (Nancy Lee Grahn). The ladies have a sit down with Commissioner Jordan Ashford (Vinessa Antoine) to discuss Julian kidnapping Alexis. The pressure is on Alexis in a big way.

Everyone wants her to send Julian up the river but she knows there was no kidnapping. Diane asks Alexis to confirm to Jordan that Julian kidnapped her. Will Alexis lie and let Julian take the fall for a crime he didn’t do or stick with the lie he told and confirm the kidnapping? 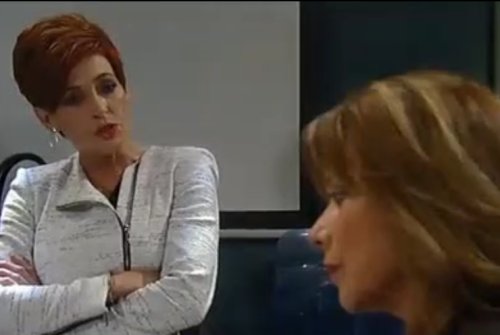 Over at General Hospital, Laura Spencer (Genie Francis) wants to know what Tracy Quartermaine (Jane Elliot) is up to. Tracy is awaiting the DNA test to find out if Samira is her sister. Tracy swears Laura to secrecy and then she opens up about her suspicions about the blue-eyed woman.

Laura is shocked that Tracy wants to keep this secret and wonders if Tracy will tell Samira that they have the same father or if she’ll let that secret died with Edward Quartermaine (John Ingle). Tracy still doesn’t want to give up her painting, even if Samira is her sister. 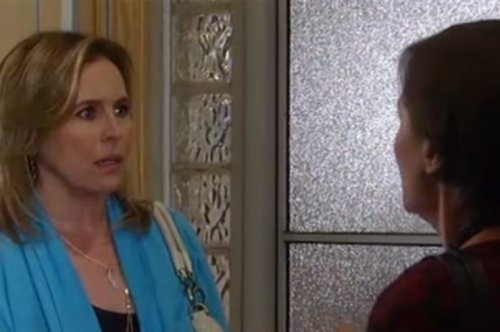 Jasper “Jax” Jacks (Ingo Rademacher) tries to make a case for why Carly Corinthos (Laura Wright) and Josslyn Jacks (Eden McCoy) should come back to Australia with him. With her marriage to Sonny Corinthos (Maurice Benard) over, what’s keeping her there?

Michael Quartermaine (Chad Duell) is grown and could always come visit and Morgan Corinthos (Bryan Craig) is lost to her, so why not restart down under with Jax and their daughter? General Hospital spoilers say Carly is tempted and makes a life-changing decision that could take her out of town. 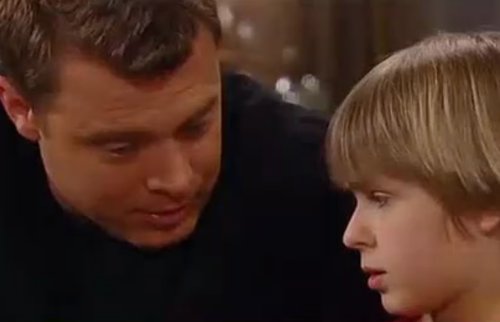 Over at Liz Webber’s (Rebecca Herbst) place, Jason Morgan (Billy Miller) and Liz Webber (Rebecca Herbst) flip through a photo album hoping to find the face of the person Jake is scared of and they hit pay dirt. Looks like it’s Jason’s old face that has the kid terrified.

After this incident, Jason wonders what else he’s forgotten from his missing years and exactly what Helena Cassadine (Constance Towers) had him doing while in her captivity. Share your comments on these spoilers for Monday, April 24 and come back to CDL for more General Hospital spoilers and news.