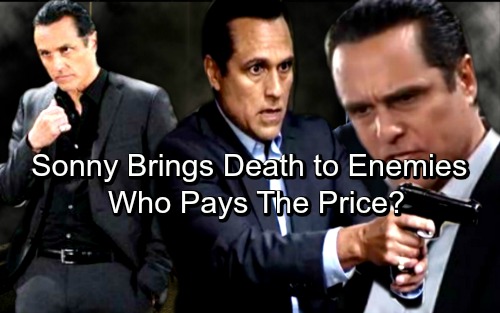 General Hospital (GH) spoilers tease that Sonny (Maurice Benard) will have a mission for Brick (Stephen A. Smith). Since Curtis (Donnell Turner) backed out on his offer to help, Sonny will have to rely on his old standby. Fortunately, Brick has some serious skills in the surveillance department. He’ll undoubtedly be able to handle whatever Sonny throws his way.

Sonny hasn’t revealed the details of his plan yet, but we know Curtis was willing to pitch in on anything related to Jason (Billy Miller). Since Brick is taking Curtis’ spot, he’ll work on the same case. Sonny must want to do some digging and make all of this better in some small way. He’ll think he at least needs to do something.

GH fans can tell that everyone’s feeling pretty helpless right now. Jason’s ordeal has been brutal for the people who care about him. Sonny hates seeing Jason’s family in so much pain. Sam (Kelly Monaco) is a wreck and the kids are suffering as well. It’s just a rough situation for all parties involved. 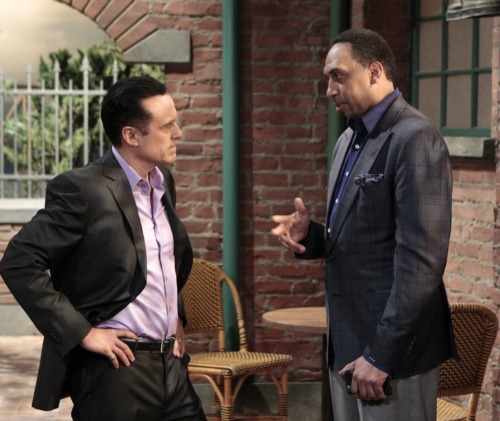 Sonny feels partially responsible for Jason’s predicament, so he’ll also bear the burden of his loved ones’ sorrow. With Brick’s help, Sonny might be able to alleviate a little of that guilt. Perhaps Sonny will keep an eye on everyone connected to Jason’s shooter. He may want to prevent any sneak attacks.

Of course, Sonny may feel like retaliation is in order. He fears that Jason may never wake up and that’s just unacceptable. Sonny won’t sit back and let his enemies run amok. It’s time to prove that he’s still large and in charge.

General Hospital spoilers reveal that more mob drama is coming down the road. Something big is brewing and it could mean bad news for someone in Sonny’s clan. Since things are so tense, Sonny’s had bodyguards watching many of his family members. However, that may not be enough to prevent what’s ahead.

Jason will eventually recover from his injuries, but Sonny appears to be stirring up more trouble. Who will ultimately pay the price for Sonny’s latest mission? There’s a long list of people who could get hurt. Carly (Laura Wright), Michael (Chad Duell), Kristina (Lexi Ainsworth), Dante (Dominic Zamprogna) and Avery (Ava and Grace Scarola) immediately come to mind.

Once Sonny puts his plot in motion, there may be no turning back. Will Sonny inflict more damage? Will he regret his actions when the battle inevitably heats up? We’ll give you updates as other General Hospital details emerge. Stay tuned to GH and don’t forget to check CDL often for the latest General Hospital spoilers, updates and news.