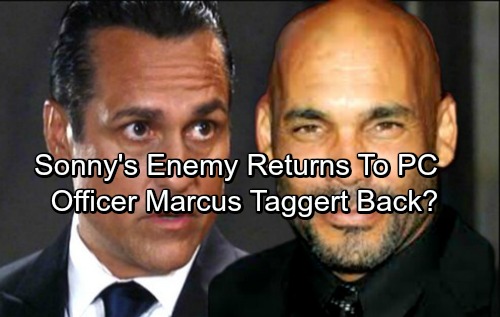 Marcus Taggert formally grew up as a troubled kid in Brooklyn, NY. He then met a police officer who was kind to him but not so kind to others. His name was Deke Woods, who was Sonny Corinthos’ (Maurice Benard) step-father who was known for abusing both him and his mother when Sonny was a small child.

Deke Woods, Sonny’s step-father took Marcus under his wing and made him want to become a police officer himself. He then became Deke’s rookie partner then shortly later down the line, Deke was gunned down in an alley, courtesy of Sonny Corinthos and Marcus was left devastated which triggered the hate that came later on in his career. 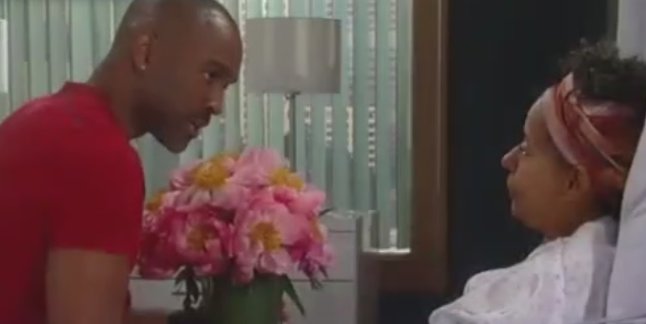 Marcus always vowed to get revenge on the man whom he blamed for Deke’s death, Sonny Corinthos. Marcus Taggert left Port Charles in May of 2003 and was written out of General Hospital and has not been seen or heard of since then. However, it seems something or someone might be bringing him back to Port Charles – Stella.

Recently on General Hospital, Stella, Curtis’ Aunt referred to a young man named Marcus Taggert, a man with whom she was dearly in love and even engaged to at one time – she mentioned him to Curtis on the July 17 General Hospital episode and how she wished they could re-connect. GH fans and viewers know that on many occasions, one mention of a former character’s name tends to indicate that he will possibly be brought back to Port Charles or at least figure in an upcoming storyline.

It has been many years since Taggert left PC but with the Stella connection, Marcus Taggert would have another reason to visit. GH spoilers are buzzing as well that former enemies of Sonny Corinthos will be returning – could one former enemy be none other than Marcus Taggert and what trouble will the former PCPD officer bring back? No doubt he will re-connect with Stella but could Taggert have another motive in mind? Stay tuned to ABC and come back to CDL for all your General Hospital spoilers and news!