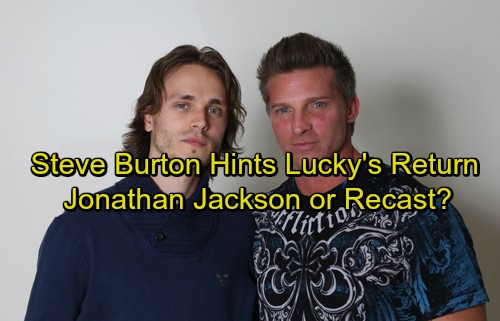 General Hospital (GH) spoilers tease that Steve Burton’s (ex-Jason) return to the ABC soap is sure to shake things up. With a wave of departures and comebacks brewing, many viewers are wondering what other surprises might be in store. Could we be lucky enough to get Lucky (Jonathan Jackson)? Burton suggests that we shouldn’t rule it out!

During a recent Twitter chat, a fan quizzed Burton about the possibility of Lucky’s return. Burton hinted that you never know. It sounds like he supports the idea and plenty of GH watchers do as well. Lucky is a popular character and Jonathan Jackson has always been a fan favorite. 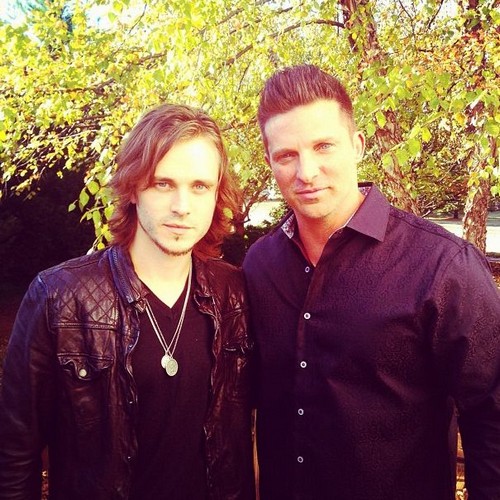 Jackson is staying busy these days with CMT’s Nashville and various music projects, but he’s made time for GH stints in the past. Perhaps General Hospital could write an arc that Jackson just wouldn’t be able to turn down. There must be something that could lure Lucky home.

Of course, never know where Jackson’s career will lead him in the future. A permanent return could happen at some point. If General Hospital chooses to recast the role, it would still be nice to have Lucky back in Port Charles. After all, we’re going to need someone to stir up some trouble for Liz (Rebcecca Herbst) and Franco (Roger Howarth). 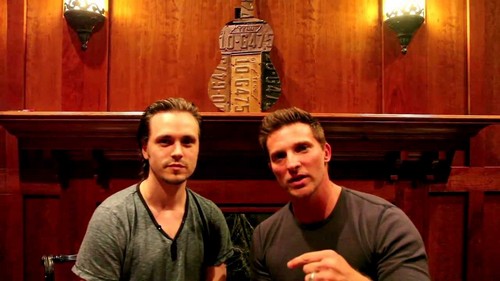 It looks like Jason (Billy Miller) will be out of Liz’s orbit for a while. Sam (Kelly Monaco) is currently losing her marbles thanks to a serious illness. As her symptoms get worse, she’ll begin to lose control. Naturally, that should make Jason stick to her like glue. He’ll want to support Sam in her time of need.

Once Burton returns, that could lead to questions about who the real Jason is until the twin story emerges. Bottom line, Jason is going to be tied up in other storylines. The Chimera chaos has also wrapped up and Jake (Hudson West) seems to be doing just fine now. 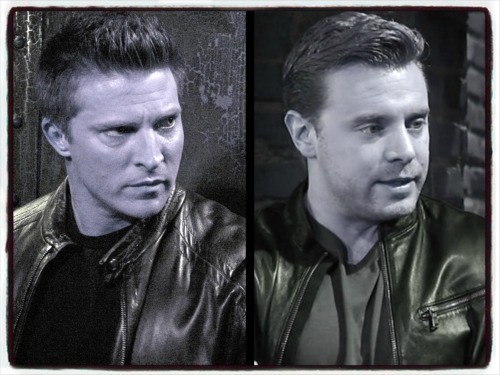 Liz and Franco are settling into to a happy pattern, which means there are probably two options. They can either remain backburned or face a major obstacle. Could Lucky be the next hurdle? If he reenters the picture, it could spark old feelings for Liz.

Even if a Lucky and Liz reunion doesn’t happen, there would certainly be other paths to drama. General Hospital could play around with Lucky and deliver something fun for viewers. Would you like to see Lucky head back to Port Charles? We’ll give you updates as more news comes in. Stay tuned to GH and don’t forget to check CDL often for the latest General Hospital spoilers, updates and news.