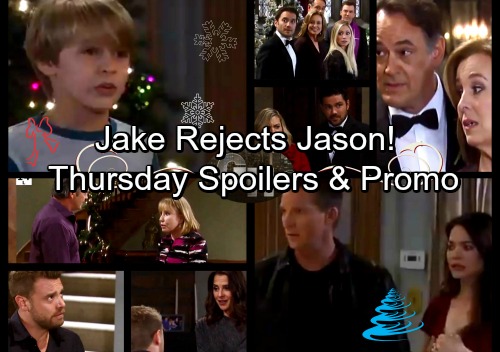 General Hospital (GH) spoilers for Thursday, December 21, tease that Sam (Kelly Monaco) and Drew (Billy Miller) will share some romantic moments. Sam will get emotional as she tells Drew he can put that engagement ring on her finger. She decided to take off Jason’s (Steve Burton) and start fresh with a new one, so it’s a special day for this couple.

Meanwhile, Liz (Rebecca Herbst) and Franco (Roger Howarth) will be on solid ground again at home. When Franco gloats over his video game victory, Liz will watch nearby and grin at her silly fiancé. They’ll enjoy getting the Christmas festivities underway, but some serious drama’s looming. 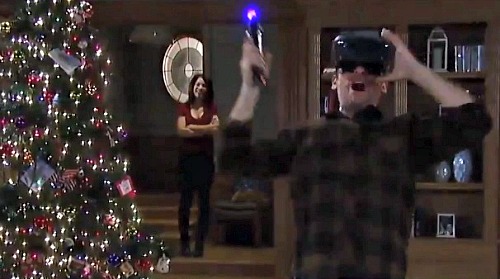 Jason will stop by to officially reunite with Jake (Hudson West), but it won’t go as well as his reunion with Danny (T.K. Weaver). General Hospital spoilers say Jake will tell Jason to leave. He likes having Drew as his dad, so he’ll insist that he doesn’t want Jason there.

Liz will look concerned as she tackles this crisis. She may encourage Jake to give Jason a chance, but she probably won’t push it if he needs more time. This is a tricky dilemma and they have to be sensitive about how they handle it. GH spoilers say Franco will also receive a strange note before the evening’s over, so that’s sure to leave him on edge. 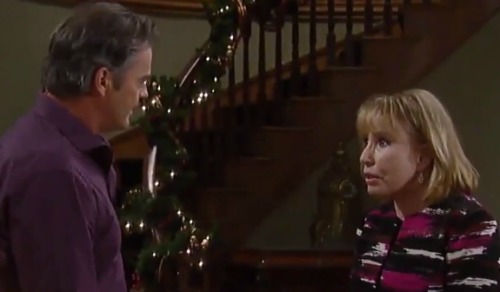 Across town, Ned (Wally Kurth) and Monica (Leslie Charleson) will have a tiff over the extra Quartermaines that have surfaced. Monica won’t care what Ned thinks about all this. She’ll refuse to turn away anyone who’s family, so Ned will suck it up and relax about the new situation.

Elsewhere, Josslyn (Eden McCoy) will have a thoughtful gift for Oscar (Garren Stitt). She’ll surprise him with a book that could help him learn more about his family’s past. Oscar will look at the book’s cover and note that it says Edward Quartermaine (John Ingle). Josslyn will point out that Edward was Oscar’s great-grandfather, so she thought this might be a nice Christmas present.

Other General Hospital spoilers state that Maxie (Kirsten Storms) will have an outburst. Kevin (Jon Lindstrom) and Laura’s (Genie Francis) nuptials will hit a few snags, so Maxie will fear disaster. She’ll shout that there’s no way they can go through with this wedding tonight.

Of course, Laura and Kevin will think Maxie’s overreacting a bit. They won’t let some minor hiccups hinder their grand plan. This wedding is happening, so wedding-planner Maxie needs to do whatever she can to move it forward. We’ll give you updates as other GH news comes in. Stick with the ABC soap and don’t forget to check CDL often for the latest General Hospital spoilers, updates and news.