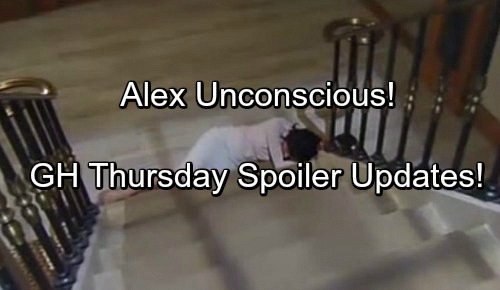 General Hospital (GH) spoilers and updates for Thursday, May 18, tease that Brad (Parry Shen) will still be up in arms over Finn’s (Michael Easton) continued employment. He just doesn’t understand what it’s going to take to get this doc fired. Brad will have a chat with Laura (Genie Francis) about the issue, but she won’t see things from his point of view.

General Hospital spoilers say Brad will snarl that Laura is no better than Tracy (Jane Elliot). He’ll storm out and leave Laura in shock. Meanwhile, Hayden (Rebecca Budig) will share some serious moments with Finn. She found out she’s pregnant, but she’ll admit she’s asking herself if she really wants to have a baby right now. 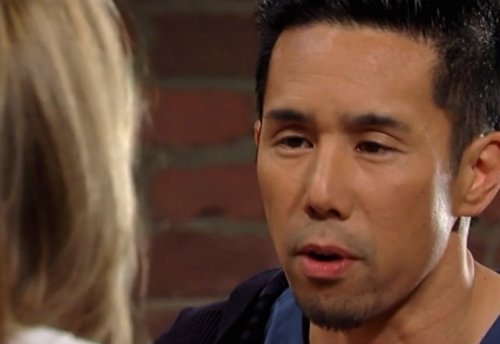 Finn and Hayden will try to sort this out together, but they still need to expose Brad’s scheming. General Hospital spoilers reveal that Hayden will rev up her efforts to catch Brad. Will her trap make sure Brad is caught red-handed? He can be pretty crafty, so GH fans will want to stay tuned.

Nearby, Nelle (Chloe Lanier) will seem a little better in her hospital room. Her kidney is bruised and that’s obviously concerning, but she’ll at least be able to sit up and carry on a conversation. Nina (Michelle Stafford) will drop by to check in and offer an apology. She’ll let Nelle know that she’s so sorry she forced her to spy on Valentin (James Patrick Stuart).

Despite Nina’s visit, Nelle will battle loneliness in Thursday’s episode. She cares deeply for Michael (Chad Duell), but she chose to reject him. Nelle probably feels like Michael is just hanging around because he’s a nice guy. She may have wanted to spare Michael the trouble by turning him away.

However, this ordeal has brought Michael’s true feelings to the surface. He was a nervous wreck while he waited for news on Nelle’s condition. General Hospital spoilers state that Michael will bump into Kiki (Hayley Erin). He’ll ask for a favor and we can assume he wants her to pass along a message to Nelle. 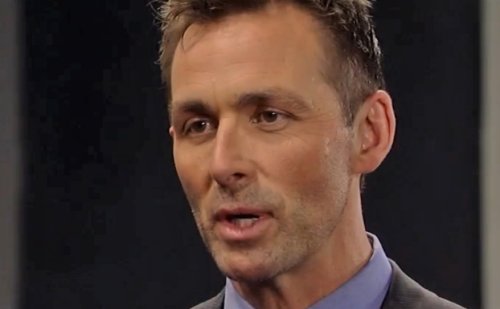 Elsewhere, Valentin will demand to know what kind of game Lulu (Emme Rylan) is playing. He’s furious about Lulu’s attempt to strengthen her bond with Charlotte (Scarlett Fernandez) and make him look bad in the process. Lulu had better watch her back or she could end up like Alex (Finola Hughes)!

Speaking of Alex, she’ll be unconscious at the bottom of the staircase. Robin (Kimberly McCullough) will come back to town with Emma (Brooklyn Rae Silzer) on Thursday, so Alex might get some help. Of course, her secret will also be in jeopardy. Robin will quickly suspect that something very strange is going on with “Anna.”

It sounds like some terrific drama is on the way. We’ll give you updates as other GH details emerge. Stick with the ABC soap and don’t forget to check CDL often for the latest General Hospital spoilers, updates and news.