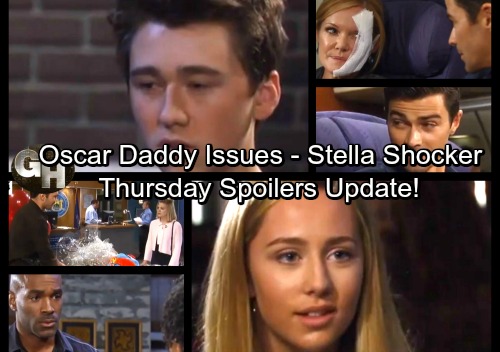 General Hospital (GH) spoilers for Thursday, October 5, tease that Nathan’s (Ryan Paevey) news will catch Maxie (Kirsten Storms) off guard. When she shows up at the police station, Nathan will admit he may not be a full-time detective for long. He’ll seem nervous about how the Man Landers mayhem will affect his career.

Maxie will undoubtedly offer reassurance, but it’s clear that some struggles are ahead for this couple. Meanwhile, Jordan (Vinessa Antoine) and Curtis (Donnell Turner) will also fear trouble. When Stella (Vernee Watson) stops by with stunning updates, they’ll worry that another confrontation is brewing.

Of course, Stella is always full of surprises. Perhaps she’ll announce something pleasant or at least neutral. Stella mentioned the idea of leaving town, but she ultimately backed out. Maybe we’ll see her leaning in the direction again. If Stella isn’t going to meddle, there’s not much left for her to do in Port Charles. 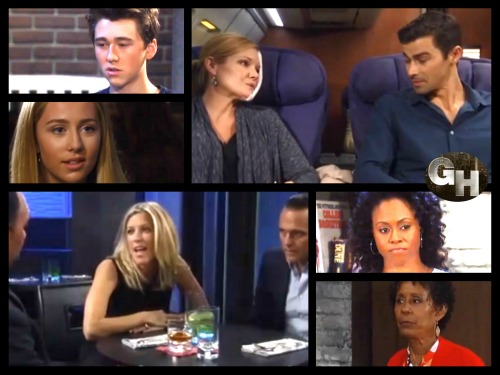 On the plane, Griffin (Matt Cohen) will state that he wanted to apologize to Ava (Maura West). She’ll assume guilt led to his heroic efforts, but Griffin will insist it was more than that. He cares about Ava and wanted to make sure she was OK. Griffin might point out that he’d really miss Ava if she left his life for good.

Ava and Griffin’s relationship is moving right along. It looks like Josslyn (Eden McCoy) and Oscar’s (Garren Stitt) romance is blooming quickly as well. General Hospital spoilers say they’ll get to know each other on a deeper level. They’ll tackle some tough topics in Thursday’s GH episode.

When Oscar’s dad comes up, Josslyn will try to figure out where he stands. She’ll think Oscar must want to know who his father is. Oscar may hint that he’s thought about what that meeting would be like. It appears Oscar won’t have to wonder for much longer. GH spoilers suggest that Oscar’s father will be revealed in the near future. 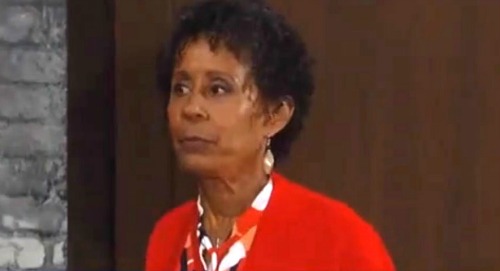 Elsewhere, Carly (Laura Wright) and Sonny (Maurice Benard) will meet with Brick (Stephen A. Smith). General Hospital spoilers indicate that Brick will get started on a new task. Carly will contend that Brick’s skills are definitely needed on this one.

Does Carly want more info on Nelle (Chloe Lanier) or could this be about Oscar’s circumstances? Either way, Carly’s probably going to cause major drama. It’s what she does best! Carly may regret creating unnecessary problems. Everyone’s going to have enough to deal with thanks to Patient Six’s (Steve Burton) imminent arrival.

GH fans won’t want to miss all the upcoming shockers. We’ll keep you posted as other details emerge. Stay tuned to the ABC soap and don’t forget to check CDL often for the latest General Hospital spoilers, updates and news.