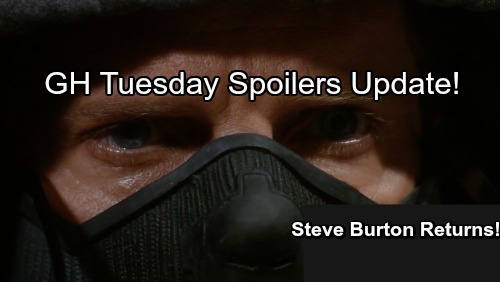 General Hospital (GH) spoilers update for Tuesday, September 19, tease that Liz (Rebecca Herbst) will find herself in an awkward situation. At the art gallery, Andre (Anthony Montgomery) and Felix (Marc Anthony Samuel) will arrive to see Franco (Roger Howarth). Perhaps they’ll want to congratulate the man of the hour on his big show.

When they realize Franco is nowhere to be found, Felix will wonder why he left the opening of his own art exhibit. Liz will probably suggest that Franco will be right back, but Andre will certainly look puzzled. General Hospital spoilers hint that Andre will help with Franco’s search for answers soon. This could be how they kick off his role in this storyline. 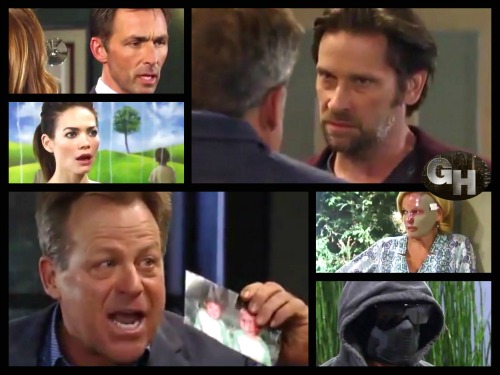 Across town, Scott (Kin Shriner) will get agitated when Franco refuses to stop digging. He’ll shove the picture in Franco’s face and yell that the other boy isn’t Jason (Billy Miller). Scott won’t see why Franco is willing to blow up his life over a photograph, but it appears he won’t get through to him.

In St. Petersburg, Ava (Maura West) will have a chat with her new pal. She already seems a bit lonely at the clinic. Patient Six will remain silent and intimidating, but that won’t stop Ava from gabbing as usual. General Hospital spoilers say Ava will complain about the skittish staff and ponder what else they might be hiding. 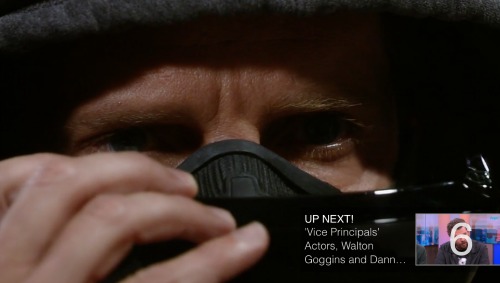 Tuesday’s episode will also bring Steve Burton’s (ex-Jason) epic comeback. When Patient Six removes his glasses, we’ll see that famous “Stone Cold” stare. Check the video below for a preview of this event. Meanwhile, Carly (Laura Wright) will talk to comatose Jason at GH. As Sonny (Maurice Benard) stands beside her, Carly will declare that Jason is never leaving his loved ones again. She’ll have faith that her friend will recover.

Elsewhere, Valentin (James Patrick Stuart) will be on a mission to protect his relationship with Charlotte (Scarlett Fernandez). He’ll tell Nina (Michelle Stafford) he intends on doing whatever it takes for his daughter. Valentin will be determined to secure plenty of time with his little girl and make this nasty lawsuit disappear. He’s just not willing to let Charlotte’s perception of him change.

Other General Hospital spoilers say Lulu (Emme Rylan) and Dante (Dominic Zamprogna) will tackle a challenge. Charlotte will seem distressed as she rushes up to them. She’ll insist that she needs to call her papa, so a problem of some sort is on the way.

Dante and Lulu will try to handle this without causing additional issues. They always do everything they can to make Charlotte feel comfortable. This kid’s been through a lot and more drama’s coming up! We’ll give you updates as other GH news emerges. Stick with the ABC soap and don’t forget to check CDL often for the latest General Hospital spoilers, updates and news.