General Hospital Spoilers: Two Weeks Ahead – Sam Haunted by Attempted Murder of Sonny – Does She Confess? 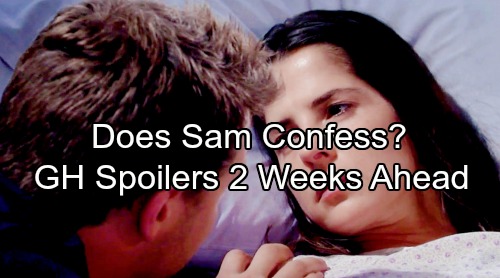 General Hospital (GH) spoilers tease that Sonny (Maurice Benard) will keep Sam’s (Kelly Monaco) actions under wraps. He knows Sam shot him, but she was clearly dealing with some serious delusions. Sonny won’t think Sam should go down for what she did to him. He’ll try to keep this info out of the cops’ hands, but what about Carly (Laura Wright)?

Sonny will wonder if he should fill his wife in or just let it all go. Carly wouldn’t like it if she knew Sonny was lying to her, but he won’t want to risk riling her up. Nevertheless, she can usually tell when Sonny’s hiding something. Carly could pry it out of him eventually. 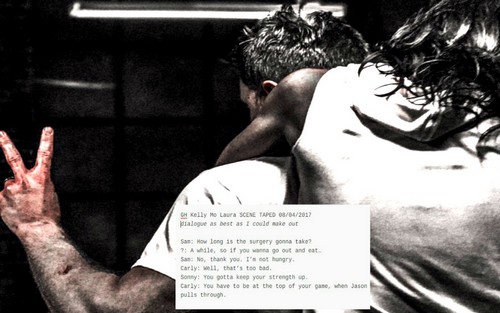 Meanwhile, Jason (Billy Miller) will also hope to conceal Sam’s dangerous move. Sonny nearly died thanks to Sam’s outrageous behavior, but she just couldn’t help it. General Hospital spoilers say Sam will become more and more convinced that she’s guilty. She’ll start to believe her memories of the incident are real – and of course they are!

During the week of August 14-18, Sam will face some guilt. As she battles another round of nightmares, she’ll realize this is going to haunt her. Sam just won’t be sure she can stay silent. GH spoilers indicate that Sam will ultimately decide she has to make a confession. She’ll be on the verge of spilling the truth, but will she actually do it?

It’s possible that Jason will talk Sam off the ledge. However, that guilt could creep back in later. Sam may determine that she simply must come clean, even if it’s only to Sonny. They might be able to work this out between them. Sam knows that Sonny wouldn’t do anything to harm her family. She now understands that her previous thoughts were way out of line. 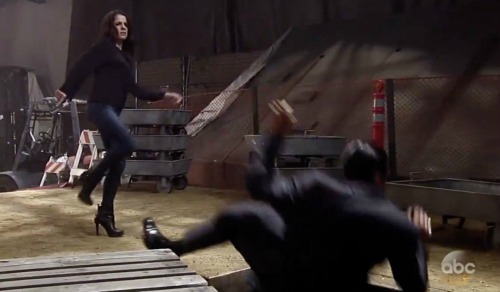 Still, Sam will worry about the root of her problems. She’ll wonder why her illness manifested in this way. While Sam asks herself tough questions, Dante (Dominic Zamprogna) will get closer to the real story. On August 15, he’ll grill Nelle (Chloe Lanier) about the bullet casing and plan to search for more evidence.

It shouldn’t be too hard for Dante to find the gun that Sam dumped. General Hospital spoilers hint that this hot plot is building toward a shocking conclusion. We’ll give you updates as other GH news comes in. Stay tuned to the ABC soap and don’t forget to check CDL often for the latest General Hospital spoilers, updates and news.  Sign up for our newsletter by clicking here and get the latest breaking soap news!

KeMo, LW & Mo filming today. Carly saying something about food, Sam says shes not hungry & Sonny says you have to keep your strength up pic.twitter.com/a8iLAqzrAi