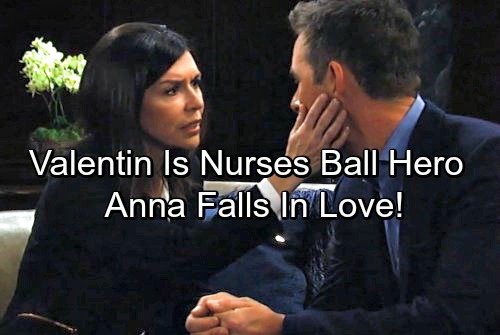 General Hospital (GH) spoilers indicate now that Anna Devane (Finola Hughes) is back in Port Charles, she has to get things straightened out with Valentin Cassadine (James Patrick Stuart) so they can work together to solve this Chimera Project mystery and save Port Charles from the looming Nurses’ Ball disaster. Anna and Alex Devane have a standoff but new GH spoilers indicate Alex will be taken out of the equation and won’t be around.

That leaves Anna to do damage control on what Alex has done in her absence. That leads Anna straight to Valentin but he doesn’t want to have anything to do with her. Anna will explain about her twin but without her twin sister there so Valentin can see the proof in the flesh, it’s a hard sell. General Hospital spoilers reveal that eventually, Anna will convince Valentin, but she will also discover the depths of Alex’s betrayal and it shifts Anna’s mindset.

As far as Anna knew when Valentin came to Port Charles, after she discovered their shared past, he was a twisted stuttering brilliant analyst with a big crush on her. Anna knows she refused his attentions and then talked him into giving her secrets to take to the DVX when she was a double agent. General Hospital history reminds us that Anna doesn’t know what happened after that because that’s where she stepped out and Alex took over. 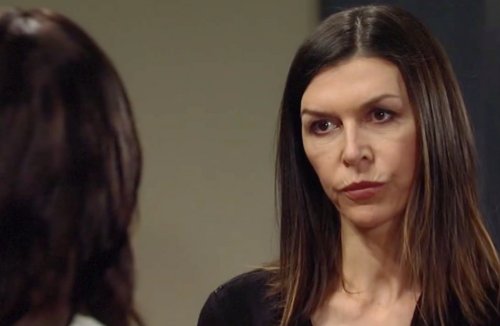 Unbeknownst to Anna, Alex assumed Anna’s role and kept getting information from Valentin since both twins were working for DVX, although Anna didn’t know Alex was involved. Anna went her own way and her betrayal of the WSB was found out and Robert Scorpio (Tristan Rogers) had Anna fired for being a double agent. It was only years later that the WSB took her back, but back then, she was axed.

Alex was the one that seduced and bedded Valentin, got him to steal the Chimera Project, and then placed a death order on him by pretending to be Anna in the halls of the WSB. After Alex betrayed him, Valentin sold the Chimera to Helena Cassadine (Constance Towers) and made himself a new life after several surgeries to correct his twisted spine and lots of speech therapy.

Anna and Valentin talk through all of this and filter out lies from truth and Anna realizes Valentin was justified in the grudge he’s been holding against her all these years. This makes Anna see Valentin in a new light and attracts her to him. This is all difficult for Valentin to process since fake Anna just kissed and tried to seduce him and now the real Anna is back in his life exposing these harsh truths. 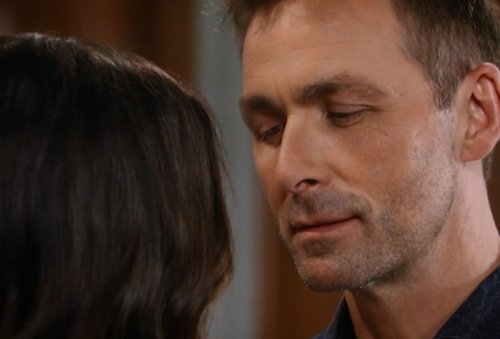 General Hospital buzz is that Anna and Valentin agree to put aside their differences to crack the Chimera Project and ensure Port Charles stays safe after the Nurses’ Ball catastrophe. In the meantime, Valentin makes a grand gesture to try and get Nina Clay (Michelle Stafford) to take him back but Nina refuses. She’s wisely placing her mental health above all else so that means Valentin is single and ready to mingle and he and Anna warm up after saving the city.

Valentin has carried a torch for Anna for years even though he thought she ruined his life and Anna finally sees the good in Valentin – she begins to see him as a brave hero. This sparks romance and fans of the duo should get a shot at seeing a “Vanna” romance kick off soon. Share your comments below and tune into CDL often for the latest General Hospital spoilers and news.