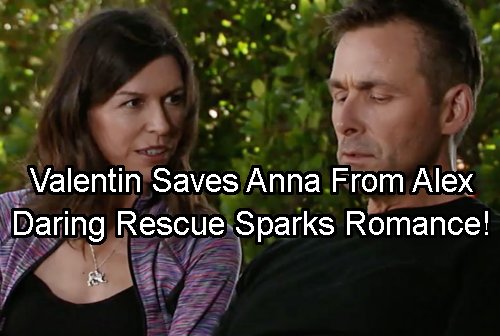 General Hospital (GH) spoilers reveal Anna Devane (Finola Hughes) is in danger from her devious doppelganger Alexandra “Alex” Devane (also Finola Hughes) and she will need someone to come rescue her because she’s definitely a damsel in distress. GH spoilers indicate it will be none other than Valentin Cassadine (James Patrick Stuart) that rides to her rescue because he cares deeply for Anna.

Valentin has been fighting the urge not to give in to Anna’s temptations because he has no idea it’s Alex teasing him. But Alex’s secret identity and body snatching shenanigans will be exposed soon and that’s when Valentin steps up for Anna to save her from her sister. Not only is Alex holding Anna captive, but she’s putting Anna’s health at risk. Anna missed a cancer treatment that she needed.

Anna was already weak and if she’s not getting the medical attention she needs, that means she might be on the verge of collapse or even death. General Hospital spoilers tease that Alex is working for someone else, likely Cesar Faison (Anders Hove), who is madly obsessed with Anna. There is no telling what Faison and Alex have done with Anna and under what conditions she’s being kept. Upcoming GH spoilers reveal more on this. 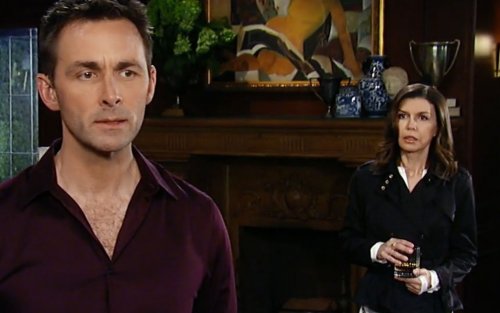 On next week’s new GH episodes, May 15 to May 19, Valentin confronts fake Anna over her trying to manipulate him and ruining his marriage to Nina Clay Cassadine (Michelle Stafford). Other spoilers reveal that Nathan West (Ryan Paevey) helps out Valentin to save Anna once they realize she’s missing and in danger. On May 16, Anna gets an ally in her struggle to get her life back from Alex and the next day, she turns the tables on her sister.

The week of May 22, General Hospital spoilers reveal that Anna is desperate for Valentin’s help and he steps up for her. With Nina out of his life because of her jealousy over fake Anna’s behavior, Valentin can freely help Anna without worrying about conflict with Nina. Valentin steps up and saves Anna and works with her to take down Alex. Remember Alex ruined Valentin’s life then stole Anna’s.

It was Alex all those years ago that slept with Valentin, but it’s Anna whom he loves. Once all the truth comes out and Anna realizes what Alex did to wreck his life and make Valentin into a villain out of self-defense, Anna will change her tune and will work with Valentin instead of against him. General Hospital spoilers hint that this starts Anna and Valentin on a path to long overdue reconciliation – and sparks a new romance. 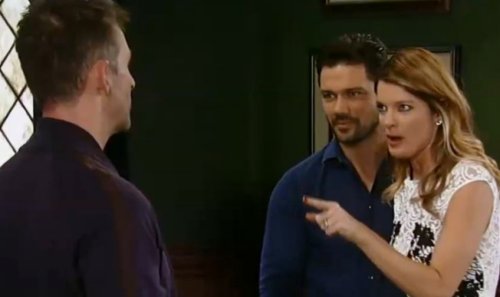 Once again, Nina has lost her man to someone else. First it was Silas Clay (Michael Easton) lost to Ava Jerome (Maura West) and then Franco (Roger Howarth) to Liz Webber (Rebecca Herbst). Now Nina will lose Valentin to Anna and this could set the stage for another mental breakdown. Despite Valentin’s guilt over Nina, he’s loved Anna since they were both very young – and he still feels that.

Once Valentin rescues Anna and has a shot at romance with her, Nina will be forgotten. Share your comments below on Valentin’s coming rescue of Anna and the new “Vanna” romance. Tune into CDL often for the latest General Hospital spoilers, news and updates.