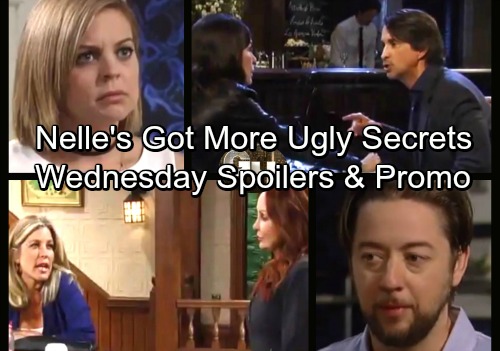 General Hospital (GH) spoilers for Wednesday, September 27, tease that Anna (Finola Hughes) will remain determined to secure evidence against Valentin (James Patrick Stuart). Unfortunately, she’ll have trouble getting Finn (Michael Easton) to cooperate. He’ll become increasingly agitated about what Anna is forcing him to do.

Finn will suggest that if Anna wants to make good on her blackmail threat, she should go ahead. He’ll be fed up with all this trickery. However, it looks like Anna will calm Finn down and keep him on board. She needs his help if she wants to pull off her sneaky plan. 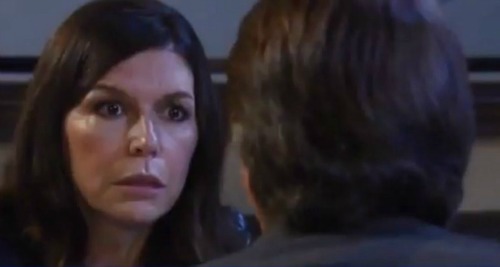 Meanwhile, Quinn (Jennifer Bassey) will insist she’s about to make Nathan West the next big thing. Nina (Michelle Stafford) and Amy (Risa Dorken) will smile, but they’ll definitely have some concerns. Neither one of them wants Nathan to land in hot water.

Elsewhere, Spinelli (Bradford Anderson) will meet up with Maxie (Kirsten Storms) for a chat. He’ll state that he’s there because of “Ask Man Landers.” Spinelli may have some new leads, but Maxie will undoubtedly urge him to drop the investigation. Now that she knows Nathan is involved, she won’t want Spinelli to dig too deep. 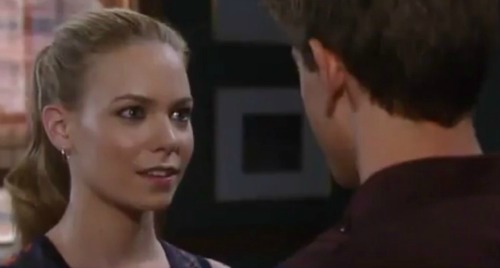 Alas, Spin will manage to cause chaos anyway. When he misunderstands the nature of Amy and Nathan’s relationship, he’ll confront them about it. Spinelli will suspect that some cheating is going on. General Hospital spoilers say Nathan will eventually blurt out the real story, but a crowd will hear his explanation. By the end of this fiasco, Nathan will have to console poor Amy.

Other GH spoilers say Michael (Chad Duell) will ask Nelle (Chloe Lanier) what’s wrong. He’ll wonder if she’s having second thoughts about their lease agreement. Nelle may have a few final doubts to get off her chest, but Michael will promise that everything’s going to work out. They’ll celebrate their apartment solution on Wednesday’s episode.

Across town, Carly (Laura Wright) and Bobbie (Jacklyn Zeman) will discuss all Nelle’s drama. They still think she’s bad news, but they don’t have proof – yet. General Hospital spoilers say Carly will be determined to find out the truth. She’ll tell Bobbie that after today, she’ll know whether she can keep her promise to Michael.

It sounds like everything hinges on Carly’s conversation with Sharon Grant. Sharon’s revelations could convince Carly to back off or push harder. GH spoilers indicate that Carly will find herself torn, so perhaps Sharon’s claims won’t be entirely solid.

Nevertheless, Nelle’s mess should get even messier soon. Some lingering secrets could cost her! We’ll give you updates as other GH details emerge. Stay tuned to the ABC soap and don’t forget to check CDL often for the latest General Hospital spoilers, updates and news.