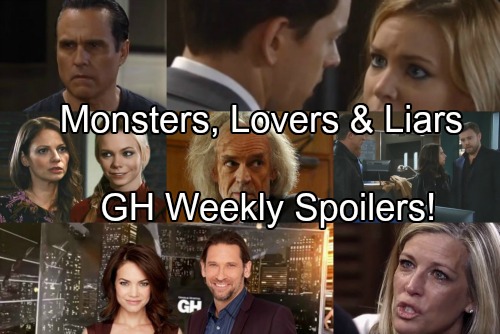 General Hospital (GH) spoilers for the week of December 4-8 tease that some exciting moments are coming up. Now that the twin revelation’s out of the way, GH can concentrate on how the news will affect Jason (Steve Burton) and Drew (Billy Miller). They’ll both face issues as this storyline enters the next phase.

After Alexis (Nancy Lee Grahn) pushes Jason to back off Sam (Kelly Monaco), he’ll head down the docks. Jason will reflect on what he’s lost, but it’s really not much compared to poor Drew. He’ll be a mess this week, but Sam will do whatever she can help him through this. She’ll seek Alexis’ assistance, so it sounds like she’ll need some legal advice. Divvying up what belongs to each twin won’t be easy.

Later, Sam will ask Jason for a favor as well. Things are tricky right now since Drew hates Jason’s guts, but Sam will be desperate. Jason will undoubtedly pitch in with anything Sam needs. Maybe this will somehow lead to less conflict between the brothers… or more!

Other General Hospital spoilers say Carly (Laura Wright) and Nelle (Chloe Lanier) will have a fierce faceoff. Once their confrontation wraps up, Carly will be glad that Nelle’s away from Michael (Chad Duell) and the rest of the family. She’d better enjoy this Nelle-free life while she can! It’s not going to last long. 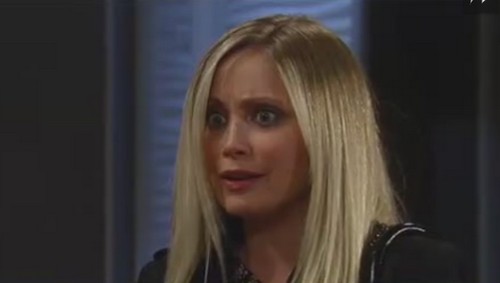 Once Lulu knows what went down, she’ll rush off to tell Michael. Despite some earlier progress, Nelle just won’t be able to overcome this bombshell. That’s why she’ll deliver another one to spin the situation in her favor. It looks like Nelle’s going to announce a pregnancy, so expect Michael and Carly to be stuck in her drama for a while. 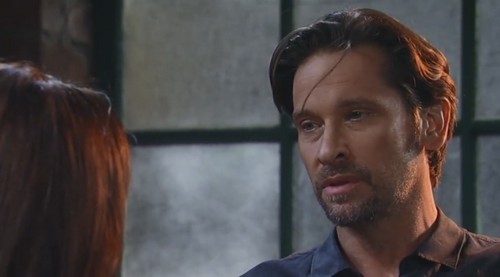 Across town, General Hospital spoilers state that Liz (Rebecca Herbst) will blow Franco away with a romantic proposal. Franco will battle some regrets over his secret, but he’ll still agree to marry Liz. She’s his dream girl, so he’ll stay tight-lipped and hope for the best.

Finally, Sonny (Maurice Benard) will discover a huge clue. He’ll probably realize this could put him on Faison’s (Anders Hove) trail. Some serious twists are looming, so keep tuning in. We’ll give you updates as other GH details emerge. Stick with the ABC soap and don’t forget to check CDL often for the latest General Hospital spoilers, updates and news.