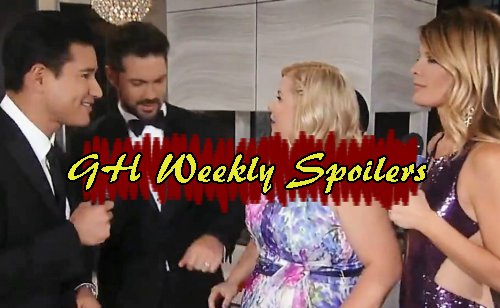 General Hospital spoilers for new GH episodes the week of Monday, May 22 thru Friday, May 26 reveal this week is the Nurse’s Ball but there is action all over Port Charles. Dr Andre Maddox (Anthony Montgomery) finally finds out from the pharmacy about the low dosage meds that were in Morgan Corinthos’ (Bryan Craig) pill bottle and the trail leads right back to Ava Jerome (Maura West) by the end of next week.

As the week starts, Carly Corinthos (Laura Wright) confronts Sonny Corinthos (Maurice Benard) over sleeping with her lawyer Martina Morales (Daya Vaidya). Ava tries to take advantage of the rift even though Scott Baldwin (Kin Shriner) warns Ava she’s pushing her luck and needs to back down. General Hospital spoilers tease that Sonny confides in Dante Falconeri (Dominic Zamprogna) about his lady troubles.

When Carly and Sonny get the news that Ava messed with Morgan’s meds, the duo reunites long enough to target Ava, but this doesn’t mean CarSon is back for good. Sonny tries to win Carly over thinking with closure on Morgan, they can heal, but General Hospital fans of the couple will be disappointed as it won’t go down like that. The Nurse’s Ball this year will be chaos and danger and Carly is front and center but seems to be without a date in the latest promos. 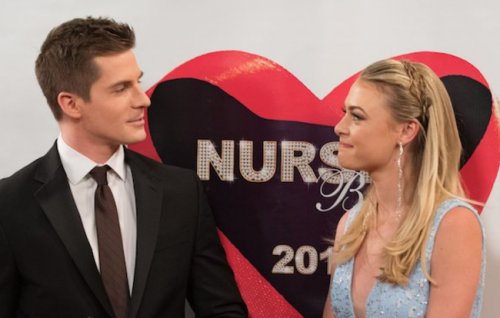 Anna Devane (Finola Hughes) is back in town and needs help from Valentin Cassadine (James Patrick Stuart) to sort out what her twin Alex Devane has been up to. The General Hospital Nurse’s Ball takes place Monday, May 22 through Wednesday, May 24 and GH spoilers say the combined knowledge Anna and Valentin have is key to averting Chimera disaster. Nina Clay (Michelle Stafford) is on the red carpet trying to forget her husband.

Mario Lopez and his daughter are on the red carpet too as Mario and Nina share hosting duties. General Hospital spoilers reveal that on the red carpet, Nathan West (Ryan Paevey) plays hero to Amy Driscoll (Risa Dorken) and pretends to be her date after Mario Lopez asks her if she’s there alone. Other spoilers tease Maxie Jones (Kirsten Storms) might show up since a recent spoiler says Nathan’s evening has a happy twist.

Amy is crushing on Nathan and that could make the Naxie reunion awkward. Inside the Ball, Kiki Jerome (Hayley Erin) and Dillon Quartermaine (Robert Palmer Watkins) have smooth moves and the musical tribute this year will be to artists including Billy Joel, David Bowie and George Michael. But General Hospital spoilers warn that the big hit comes from Jake Webber’s (Hudson West) magic act and the Chimera toxin. 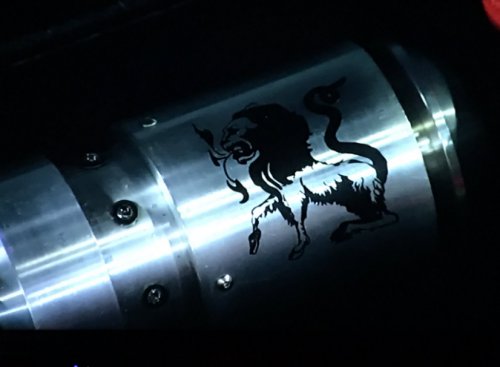 Jason Morgan (Billy Miller) senses the worst is about to happen when his son takes the stage to perform. Jake is under Helena Cassadine’s (Constance Towers) control and is under orders to wreak havoc. Charlotte Cassadine (Scarlett Fernandez) is in the front row and in harm’s way. GH buss is that Jake has a meltdown at the Ball and Liz Webber (Rebecca Herbst) and Franco (Roger Howarth) reassure the kid.

Too bad Liz and Franco have no idea that Jake taking the stage is the worst thing that could happen. By the end of the week, Jason has another important flashback about his past with Jake and Helena on Cassadine Island.

Also, this week, Curtis Ashford (Donnell Turner) and Jordan Ashford (Vinessa Antoine) reach an impasse in their relationship. Are they on the rocks already? Share your comments on these GH spoilers for the week of Monday, May 22 thru Friday, May 26 as the Nurse’s Ball kicks off and tune into CDL often for the latest General Hospital spoilers and news.