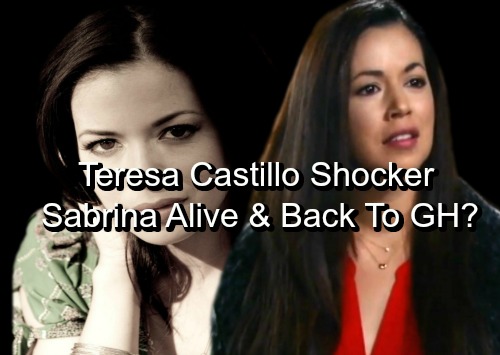 General Hospital (GH) spoilers have been keeping up with Teresa Castillo, the actress who portrayed one of the most loved characters ever, Nurse Sabrina Santiago. Nurse Sabrina was best friends with Felix DuBois (Marc Samuel) and surrogate daughter to recently retired GH superstar, Tracy Quartermaine (Jane Elliot).

Fans of Teresa Castillo, who follow her on social media, know that her life revolves around her two beautiful children, Victoria, 3-yrs-old and Sebastian, 16-months-old. She thoroughly enjoys posting photos of her sweet family and even expanded her resume by revealing this past March 2017 that she is also in the midst of writing a children’s book. 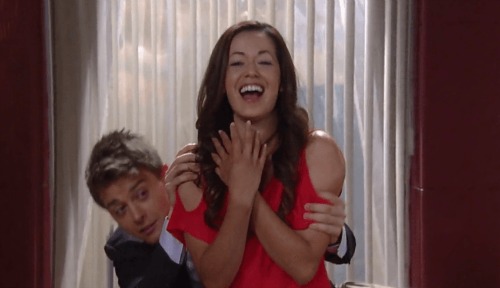 General Hospital viewers have long begged for the return of their beloved Sabrina and GH buzz suggests that if she were to return, there are several ways they could alter her death scenes to make it work. First, we would have to question IF she truly died in Michael Corinthos (Chad Duell) arms and at the hands of GH serial killer Paul Hornsby (Richard Burgi)?

Michael has always been the one who sacrifices his own happiness for everyone else. Sabrina was in grave danger from Ava Jerome (Maura West) and caught right in the middle of a mob war because of her connection to Carlos Rivera (Jeffrey Vincent Parise) and his knowledge of Ava’s role of Connie Falconeri’s (Kelly Sullivan) murder. 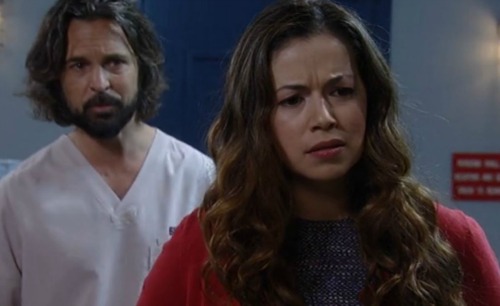 Could Michael have loved Sabrina enough to let her escape to Puerto Rico to raise her baby, Teddy? It is very plausible, especially after he went against his family’s wishes and didn’t give an ounce of fight when Carlo’s brother, Dr. Joe Rivera demanded to return Teddy to his family. Michael’s reasoning for giving Teddy over so willingly is because he knew what it was like to grow up with two entirely different families and didn’t want that for him.

General Hospital seems to have overplayed the “twin” scenario, but is it possible that Teresa could return as Sabrina’s twin or doppelganger; and it would be perfect timing because the truth is you can’t “con a con”, and now that Tracy Quartermaine is no longer in Port Charles, there would be one less person to convince who she was. She’d also no longer need to fear Ava, as she is in critical condition with 50% of her body burned – Ava definitely isn’t a threat to anyone! 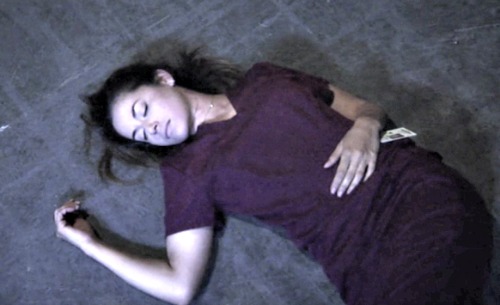 How would you feel about Teresa Castillo returning to General Hospital, do you think its a good time to resurrect the innocent and loving nurse giving deceptive Nelle Benson (Chloe Lanier) some real competition for Michael’s affections?

Although Sabrina’s presumed death was shocking, she definitely left on good terms, thanking Frank Valentini and Mark Teschner for finding her and fighting for the great character Ron Carlivati created; so there is hope! Be sure to tune into ABC’s General Hospital (GH) to catch up on everything happening in Port Charles and check CDL General Hospital spoilers often for news and updates!