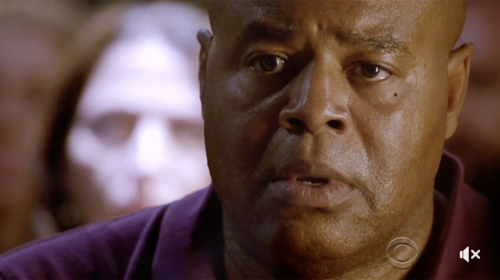 Tonight on CBS Hawaii Five-0 air with an all-new Friday, November 3, 2017, episode and we have your Hawaii Five-0 recap below.  On tonight’s Hawaii Five-0 season 8 episode 5 “Kama’oma’o, ka ‘aina huli hana (At Kama’oma’o, The Land of Activities” as per the CBS synopsis, “Five-0 investigates a string of murders on Halloween that mirror stories from well-known Hawaiian folklore. Meanwhile, Grover is called to visit a man hours away from execution who may hold the key to a case that has plagued Grover for years.”

McGarrett had gone to visit Dr. Alicia Brown. Her court hearing was coming up and she had needed all the support she could find. But Alicia had told McGarrett that she had lied in her original testimony to the police. She had told them that known serial killer Dr. Gray had come at her with a knife and that she had been forced to shoot however the truth had been a little more complicated. She had shot Gray because she knew that the other woman would never stop coming after her or her daughter. So Alicia was going to take the stand and she told McGarrett that she was going to tell everyone the truth because she couldn’t lie anymore.

Alicia said she couldn’t perjure herself on the stand and that what she did had still been self-defense. But McGarrett had told her that no one was going to see it that way. He knew why Alicia had taken the law into her own hands yet he didn’t think others would see it that way and so he had tried to talk Alicia out of testifying. He said she wouldn’t perjure herself if she didn’t go on the stand and Alicia had replied that everyone would think she was guilty if she didn’t testify in her own defense. So Alicia said she had to put her faith in the system and she had wanted McGarrett to promise her that would look after her daughter if she was sent to prison.

But while McGarrett and Alicia were pondering her moral dilemma, Danny and Tani were investigating a case on the Pali Highway. There was an old scary story about that highway and so Tani had thought the case could be connected to the myth though Danny had dismissed the idea. He knew Halloween was around the corner and hadn’t cared about anyone’s ghost stories. So the two were investigating Tyler Riggins as if it was any other case and were looking into would have a possible motive when they got another call about another case. That time a man had been found in the cement and the coroner believed the two cases could be tied.

Dr. Noelani Cunha had said there was an old folklore about certain creatures that had been on the island before the Polynesians arrived. But these creatures had built everything from the highways to the roads and they were very shy. They didn’t like to be seen by humans and would enact a revenge against them if they had ever been spotted doing their work. So that’s what Cunha thought happened with Bryan Hanson. Hanson had been hit from the back of the head and then pushed into wet cement which left him to die from suffocation. And so Cunha had had to work hard to convince Danny that there was a possible connection.

She didn’t have a problem with convincing Tani on the other hand. Tani had grown up with most of the stories and therefore she was willing to believe anything was possible. But they had had to call McGarrett about the case once they started to suspect they were looking for a possible a serial killer. So McGarrett used the case to get the judge to put a hold on the proceedings because he said Five-0 needed a profiler and Alicia was the best they had, but Alicia had suspected the truth and so she still helped them with finding their killer. The killer had turned to Hawaiian Folklore as a crutch and they had picked similar victims.

Both victims were men and they were white which could mean the killer was Hawaiian themselves. But they had also found seaweed on the last victim and so McGarrett knew what the killer was going to do next. He had put out an alert put out on the schools because he said the killer was going to kidnap a child. So he later explained the folklore to Alicia in the car. He told her that there was a story about a woman that died from a broken heart after she had lost a child and that the woman was going to one place over and over again kidnapping another child trying to fill that void. So there have been stories about people that have seen her and she’s always covered in seaweed.

But a child had already been kidnapped by the time the alert had gone out. Her name was Lacy Bell and she had been taken from her school before her nanny could pick her up. So they tried to track her cell phone and they found it abandoned at the Botanical Gardens, but there had been DNA left on it from their suspect. The DNA matched Marissa Walker. She had been kidnapped around the same age as Lacey and her kidnapper had taken her into the woods where he raped her before leaving her tied to a tree. And unfortunately the story gets even worse, Marissa had been found by the wild boars before she could be rescued and they had eaten half her face.

The story had become so well-known that they started to call Marissa the half-faced girl and she became an urban legend. So Alicia believed that’s why Marissa must have turned to myths and folklore. She was trying to punish the same people that created a story out of what happened to her and so Five-0 tried to get in contact with her family when they found out another ugly truth. Marissa’s sister was Hannah Bell and that meant she kidnapped her own niece. But the guys knew there must be a story behind what they learned and so they questioned about her sister Marissa. Marissa had disappeared several years ago by just going into the woods and never coming out and Hannah blames herself.

Hannah said that no many people knew she was supposed to be with her sister that day and had ditched to go hang out with her friends. She said she told Marissa to walk home by herself and that the kidnapper wouldn’t have taken her sister if her sister hadn’t been alone. But Hannah’s story revealed Marissa was done with fairytales and had taken her niece to get revenge on her sister. So that told Five-0 where Marissa took Lacy. She would want to recapture what had happened to her and that meant she would take Lacy into the woods where she would leave the girl tied to a tree in order to have history repeat itself.

Five-0, though, didn’t go into the woods alone. They called in an entire team minus Lou that had to return to Chicago and they had searched it until they found Lacey before the wild boar could get to her. But they hadn’t captured Marissa. Marissa knew the woods and was able to better navigate it than anyone on Five-0. So Marissa was still out there and she was still obsessed with her sister. She hadn’t a move against Hannah or Lacy except she was still watching them from the windows. And so this case wasn’t entirely closed just yet and Alicia believed she would have to return to court to face charges.

But McGarrett had pulled some strings. He made sure that Alicia got eight months probation and that one of the conditions had been that she’d continue to work with Five-0. So Alicia wasn’t going to jail and she was actually going to be sticking around. And so when McGarrett heard from Lou, he had been in a good mood and hadn’t expected that Lou would tell him that he could finally prove Clay Maxwell killed his wife, Diane. It had been the case that Lou has been working on for years and it wouldn’t have been solved if someone named Sebastian Wake hadn’t reached out to him.

Sebastian Wake had been a hired gun and he was the first man that Clay hired to kill Lou. But he had gotten caught on the other crimes before he could go ahead with the job and so he had wanted Lou to stop his execution in exchange for information yet Lou hadn’t been able to do that. The families of his other victims had still wanted justice and so Lou thought he would lose his last chance at finding out the truth when something Sebastian said had clicked for him. So now he has a recording of Maxwell admitting to the murder of his wife and the hit on Lou.