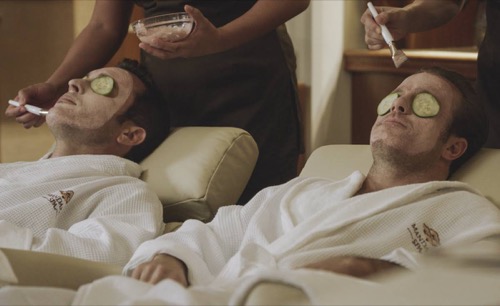 Tonight on CBS Hawaii Five-0 air with an all-new Friday, February 17, 2017, episode and we have your Hawaii Five-0 recap below.  On tonight’s Hawaii Five-0 season 7 episode 17 as per the CBS synopsis, “McGarrett (Alex O’Loughlin) and Five-0 once again become entangled in the twisted mind games of serial killer Dr. Madison Gray when she stumbles into HPD covered in blood that matches Alicia Brown’s and claims she has amnesia.”

Dr. Madison Gray was back. She had showed up out of the blue on the island and surprisingly she had even turned herself because she said she doesn’t know how someone else’s blood had gotten on her hands. But Gray was acting as if she didn’t know who she was, what she did, or that she was a wanted woman. So handling her was tricky and so McGarrett had called Alicia Brown for help. He had worked with Alicia before and he had wanted to get her take on whether or not Gray was faking her memory loss however, try as might, he couldn’t get in touch with her.

Alicia wasn’t answering her phone and so McGarrett ultimately had to rely on the doctor they could find. However, the doctor that was supposedly helping had told Five-0 that it was possible that Gray was suffering from a Dissociative Disorder. He said that she was so attached to her latest personality that there was a chance she didn’t remember what she did when she was Dr. Gray. So that had put Five-0 at a loss. They couldn’t dispute what the doctor had told them yet they couldn’t rely on anyone else to treat Gray seeing as they couldn’t find Alicia.

Yet, the blood that was on Gray had been run through the system and it turned out that it belonged to the profiler Alicia Brown. So the guys were worried about what had happened to their friend and they tried checking her place to see if they could find something to indicate if Alicia was injured or dead though the place had been perfectly untouched with no traces of blood or anything out of place because Alicia was fine. She had been listening to her headphones and doing some gardening work around the house so that’s why she hadn’t heard her phone or that Gray was back.

So the first thing that Alicia wanted to do upon hearing that a serial killer had returned was to see Gray for herself. Gray had once tortured and nearly killed her along with McGarrett. Though Gray had made it away last time and so there had never been justice for her victims, but Alicia had been hoping that would change with Gray’s reappearance and unfortunately Gray had been one step ahead of her. Gray had pretended that she was frightened of Alicia and she had accused the other woman of attempting to kill her.

Gray had said that she cut Alicia on her arm in order to get away and it boost her story when Alicia really did have that cut. But Alicia had said she gotten that on a hike and so she didn’t know what game that Gray was playing until she saw Gray smile as she had been escorted out of the room. So that’s when everything made sense. Gray was playing a game and this time around she was willing to frame Alicia for attempted murder however McGarrett didn’t believe it and he had ensured that Alicia hadn’t been interrogated based on what Gray said.

McGarrett knew that Alicia wouldn’t have it in her to kill someone and so he had wanted to keep Alicia save while the matter with Gray had been cleared up. He had later gone back to Alicia’s place and he had offered to keep watch. However, Alicia had decided to sneak out of the house and she had gone to see Gray. She had wanted to know what Gray was really doing and knew that the other woman would be more open with her if there wasn’t anyone else around. So Gray told Alicia that she had a secret that Alicia would want to hear and that it was about Alicia’s daughter.

Alicia’s daughter Sienna Brown was murdered years ago by a serial killer named Edward Sears who allegedly arranged it behind bars. So Alicia’s daughter was her weak spot and Gray had played on that. She could convince Alicia to break her out of prison and Five-0 had been shocked to hear about that. Yet, McGarrett had still had faith in Alicia. He knew that she wouldn’t have done something so drastic if Gray hadn’t pushed the right buttons and so he told his team to find out whatever Gay might have told his friend. And so he heard back from them that Gray had gone back to Wisconsin.

Wisconsin was where Edward Sears was serving out his life sentence. So McGarrett right away guessed that Gray had used Alicia’s daughter against her, but he had wanted to stop Alicia from doing anything worse and so he had traveled with Kelly Sears. Though Sears chose to die before he revealed anything and there had been nothing that McGarrett could do to stop him so he tried the next best thing. McGarrett and Kelly had searched Sears’s cell to find answers and they did find a letter from Benton Jones right around the time that Sienna had been murdered.

But a phone call from Hawaii had changed everything. The blood that had apparently been found on Gray had in fact belonged to Sienna and that meant she was still alive or at least had been alive a few days ago. So the guys went looking for Benton knowing that they would probably find Alicia and Siena however they had ruined Gray’s plans by stopping Alicia from killing Benton by shooting the man themselves. And so Gray had later tried to get everything back on track. She had wanted to turn Alicia into a killer and so she did showed up again.

Gray had showed up at Alicia’s home after the other woman had been rescued with her daughter and she practically begged Alicia to shoot her. She said she would never stop being a killer and that her death was the only way to put an end to that. So unfortunately there had been a gunshot by the end of tonight’s episode and Gray might have gotten what she wanted.