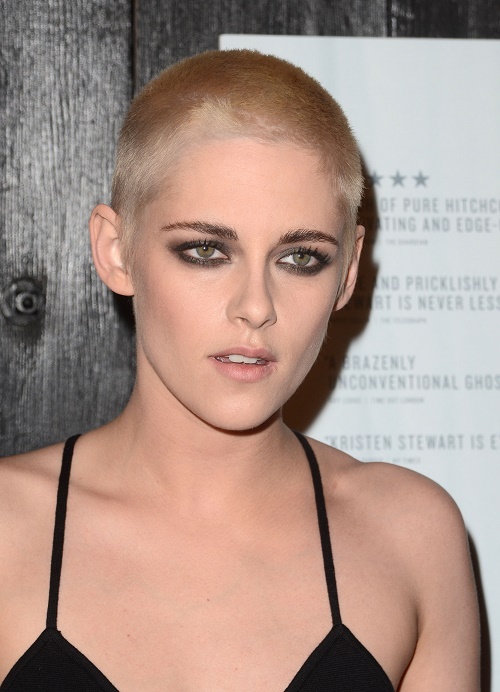 Kristen Stewart has debuted a new drastic buzz cut during the red carpet premiere for her latest movie, ‘Personal Shopper’ in Los Angeles on Tuesday, March 7th. The Hollywood actress not only shaved off her entire head of hair, but she also went platinum blonde, too.

Insiders say that Kristen’s latest look might be for her role in the upcoming movie, ‘Underwater.’ The film is about an underwater scientific crew that struggle to survive after an earthquake. Kristen will star as Noah, a woman who ends up in a relationship with another crewmember. Plus, many fans couldn’t help but notice that Kristen Stewart’s rumored girlfriend Stella Maxwell was no where to be seen on the red carpet. Has their romance fizzled out already? 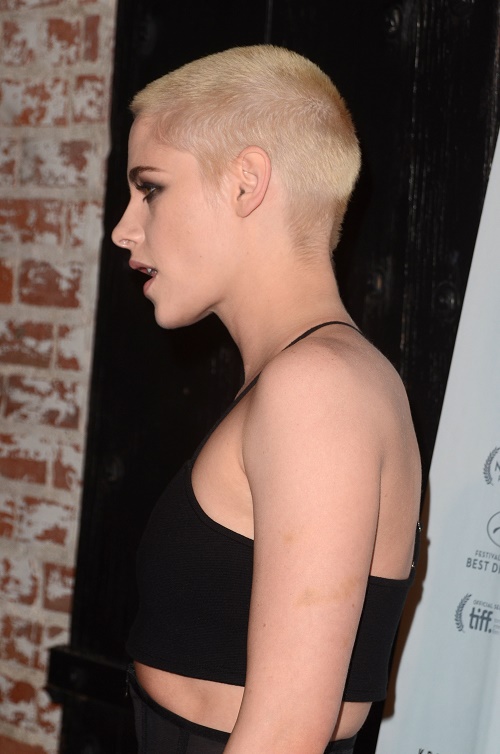 Kristen has hooked up and broken up with multiple girlfriends in the past year or so. She separated from her long-time girlfriend Alicia Cargile last summer. She then started her highly publicized romance with model St. Vincent. But their relationship fizzled out pretty quickly. She then moved on with Stella Maxwell. But the couple has not been spotted together for several weeks now, leading many to believe that they might have broken up. So far Kristen herself has not made any comments about her relationship with Stella.

Some fans even believed that Kristen was using Stella simply for publicity. While Kristen doesn’t like talking about her personal life with the media, if there’s one thing that she does pretty often, it’s show off her romantic partners in front of the paparazzi. And that’s exactly what she did with Stella back in December when the two were spotted in Savannah, Georgia together.

Stella is currently walking the runways at Paris Fashion Week but it doesn’t look like Kristen has any plans to head to France anytime soon. Instead, Kristen is expected to travel to New Orleans later this month to start filming ‘Underwater.’

Tell us, what do you think of Kristen Stewart’s new blonde buzz cut? Is she trying to make a statement with her new look? Drop us a line with your thoughts in our comments section below. Also, check back with CDL for all the latest news and updates on Kristen Stewart right here! 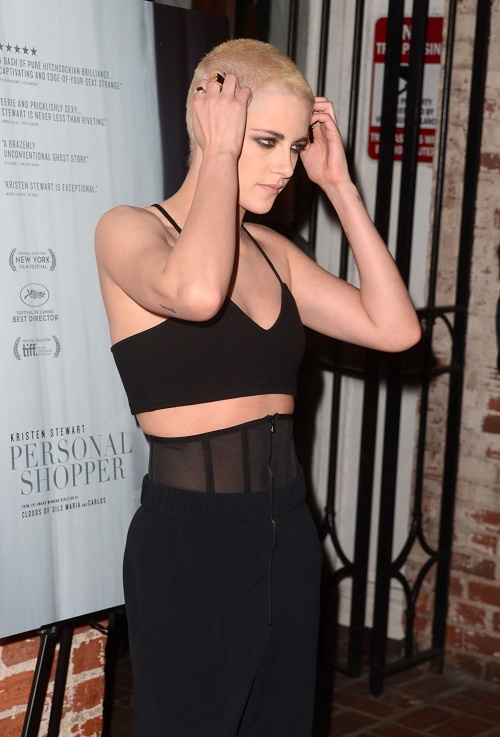 Kristen Stewart forgetting she don’t have no hair anymore pic.twitter.com/9e3TttPFea