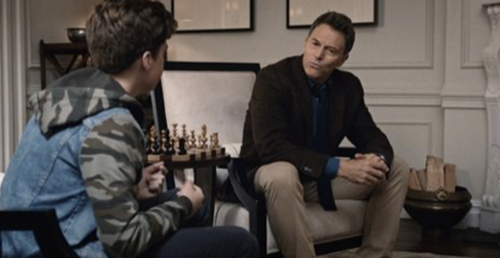 Tonight on CBS Madam Secretary airs with an all-new Sunday, November 19, 2017, season 4 episode 7 called, “North to the Future” and we have your Madam Secretary recap below. On tonight’s Madam Secretary episode, as per the CBS synopsis, “When a Russian dissident flees to the U.S. after contracting smallpox, Secretary of State Elizabeth McCord and retired U.N. Ambassador Kat Sandoval must work with Russian Foreign Minister Konstantin Avdonin to contain the outbreak.”

Liz meets with Russell and the president. A US airline found a Russian eco-activist on board. Liz wants to offer him asylum while Russell is nervous this could cause problems with Russia. The president sides with Liz.

Liz comes home late for dinner. She missed sitting down with Jason’s new girlfriend Piper. Piper saved her a plate after she and Jason made a special dinner.

Henry meets with the Senators to discuss Afghanistan and finding a new asset.

Liz meets with her team in the morning. She asks them to reach out to a colorful consultant by the name of Kat Sandoval. They laugh. Isn’t she the one who got mad and threw a chair during an interview? Liz reminds them that when a man throws something he is passionate, while a woman is seen as crazy. None of them have anything to say. They are interrupted by news that the eco-activist has smallpox. They all wonder if Russia infected him and sent him here.

The president, Russell, and Liz meet with Charlotte. She informs them that the activist is systematic. But hopefully, his immune system will fight it off. Liz tells them she doesn’t think this is warfare on Russia’s part. The president wants them all to be prepared and get ready to inform the UN if need be.

Liz talks to Henry. Jason is missing some homework. He is in a love fog, Liz muses. No more Piper on weeknights she tells Henry.

Liz talks with a Russian leader. He wants the activist sent back asap. She tells him fine, she will send him and his smallpox back. The leader is angry about what Liz is implying. They would do no such thing.

Liz is informed that the quarantine was leaked to the news. While they discuss it, Kat shows up. Liz has a meeting so she and Kat walk. Kat knows a lot, impressing Liz with her guess that the activist got smallpox from permafrost in Siberia while he was there taking pictures. Liz doesn’t want to let her go but they shake hands goodbye.

Liz meets with the president to tell him about the permafrost and global warming. She suggests they work with Russia to contain this possible pandemic.

Liz speaks with Russia. They do not want to join forces to deal with the outbreak. They will take care of it on their own.

Henry is informed by an employee that an interagency is blowing the cover of ops and assets.

Liz speaks with the activist through the glass as he lays sick in bed. He coughs and is extremely tired. Liz promises him an impressive tour of DC when he gets better. He smiles.

Later that night, Henry and Liz sit in bed and discuss Jason and his declaration that he loves Piper. Liz gets a call. The eco-activist has died.

Liz holds a meeting to brainstorm what they can do to tackle this area and its permafrost. Kat shows up late. Liz invited her. They all talk. Kat thinks introducing snow tramplers (ox, reindeer, etc.) to the permafrost could help. Liz tells the president and he agrees to a pilot program in Alaska.

In the morning, Henry talks Liz into a quick off the cuff sex talk with Jason. He looks like he is going to cry. He tells them that they are not having sex. He and Piper have a spiritual connection so they are above sex. Liz loves the messaging.

Liz tracks down Kat at a pita place for additional information to seal a deal with Russia. Kat has all the answers. Liz flies off to meet with Russia. Her meeting is a success.

Back at the White House, Kat waits for Liz. She wants to wish her congratulations. She also wants to talk. She doesn’t want to leave the world of politics. She wants to work with Liz. Liz tells her, “you had me in permafrost.”

That night, Liz tells Henry about Kat. Henry is concerned with the leaks within the congressional gang of 8. He doesn’t know what to do. He hopes he is wrong. Liz is in shock.