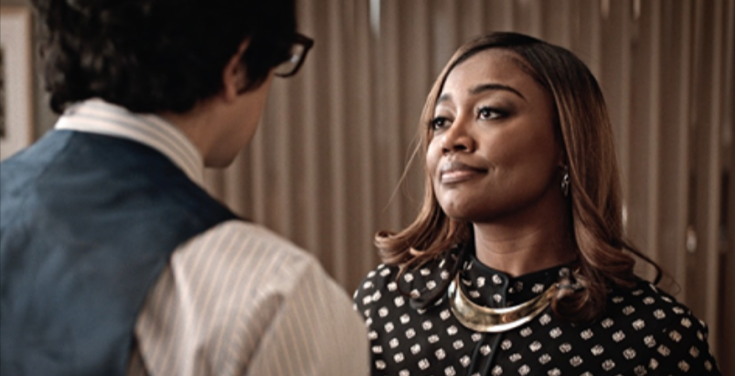 Tonight on CBS Madam Secretary airs with an all new Sunday, May 7, 2017, season 3 episode 21 called, “The Seventh Floor” and we have your Madam Secretary recap below. On tonight’s Madam Secretary episode, as per the CBS synopsis, “Elizabeth (Tea Leoni) and her team work to secure the release of an American journalist held hostage in the Sudan.”

Blake’s alarm goes off at 4:30am and he goes out for a run. He gets ready for work and heads into the office. He gets word that there is a US journalist, Colin Mitchell, being held in Sudan unjustly and his help is needed to get him released. Nadine updates Blake on Elizabeth’s schedule and he lets her know about the request to help Colin Mitchell. Blake calls Jay into help and they find out the Colin is sick. Sudan will release him if the US will take them off the list of nations that use child soldiers. They decide to take the information to Elizabeth.

The FBI and Henry meet with the president to give an update on what is happening in Jerusalem. Elizabeth and Henry have a dinner date planned with a couple that she is not looking forward to. Elizabeth is unsure of what is the best move to help Colin. Sudan is leaking information to the media to put pressure on the administration to negotiation for Colin’s release and to take them off the list. Elizabeth wants her team to start informal talks.

Jay speaks to a representative from Sudan who provides proof that Colin is ill. As Daisy speaks to Jay she runs to throw up. He thinks she is pregnant but Daisy doesn’t want to discuss it. Jay goes on a date with a woman from the office. Nadine arrives to the office and has a meeting scheduled with Colin’s family. Jay lets Nadine know that he had a date with Sofia as per policy. She is happy for him. Mike tells Nadine he needs to meet with her but she says she is too busy. He asks why she doesn’t call him back. She tells him he is not her type. Mike likes her and wants to go out with her. She says no but he won’t give up so she agrees to think about it.

Nadine meets with Colin’s family and they are quite angry. Elizabeth joins the meeting and learns that China has reached out to the family. She asks for 24 hours to try to make some leeway before they talk to the media. Elizabeth and Nadine try to figure out the China connection. Daisy asks Nadine for a month off. She will need it in 6 months. Nadine congratulates her but she isn’t in the mood.

The team thinks that oil is the link between Sudan and China. Colin may have discovered this link and that is why he was imprisoned.

Nadine and Elizabeth meet with Matt and ask for his help in getting Colin released. Daisy tells Matt that she is pregnant and he is happy for her. Matt works on Elizabeth’s speech. She is very happy with his end product. The media responds positively, however, China is not impressed. They will ask for Colin to be released but they do not like the implication the US made about their involvement with the Colin situation. Moments later Colin is released and returns to the US.

Daisy tells the president she is pregnant by Joseph Garcia. She got pregnant right before he died. Elizabeth offers her support and encouragement. Colin is reunited with his family as Elizabeth and her team looks on.