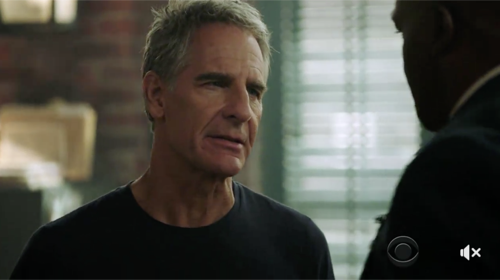 Tonight on CBS NCIS: New Orleans returns with an all-new Tuesday, November 21, 2017, season 4 episode 9 called, “Hard Knock Life,” and we have your NCIS: New Orleans recap below. On tonight’s NCIS: New Orleans episode as per the CBS synopsis, “Pride second-guesses evidence suggesting homeless kids are the suspects in the murder of a petty officer. Also: the band X Ambassadors perform “Ahead of Myself” and “The Devil You Know” at the New Orleans Tricentennial Festival.”

The body of Petty Officer Michael Thompson was found early in the morning. He had just gotten into town and hadn’t even had time to check into a hotel, however, there had been so signs of the Thompson’s things found on or near the body. He had been missing his luggage, his watch, and his wallet. But his death hadn’t seemed like a robbery gone wrong. Thompson had to bruise on his face and knuckles that indicated someone had taken the time to beat him up. So the extent of the victim’s injuries had looked more like an act of revenge than convenience and the team had later found a possible motive for revenge.

Time to find out what really happened and whether or not the gutter punk kids were guilty. But Pride had gone to social services to get an identification on the group of kids he was looking into and had asked his good friend the social worker not to notify NOPD about these kids. He said that he would need a day and then they could call the cops, but his team was starting to question Pride about his decision-making. They had wanted to tell the NOPD from the beginning that these kids were suspect and Pride had overridden their concerns. He said that kids like the gutter punks tend to get the blame even after they’ve been proven innocent.

But taking just his team out into the field had left them low on the manpower to round everyone up and so they had to settle on grabbing two of the gutter punks yet the two they grabbed hadn’t been much help. They thought their ringleader was the one looking out for them and hadn’t wanted to turn him in. So Pride decided on taking a different approach with the kids. He hadn’t wanted to tell social services that they picked the two up because he thought they should sit on that information as well and had instead asked his team to help the kids lower their guards. The kids had been shuffled around for years and had needed to put their faith in someone. And so Gregorio stepped up.

Gregorio knew kids like the gutter punk growing up and so she had agreed to take them home with her so that they could have a place to sleep for the night. But Percy hadn’t been too enthused by that idea. She thought they should have told NOPD and had social services about the kids because Pride’s tunnel vision was getting in the way of the job. So she tolerated his latest decision because the others agreed to it and had agreed to the kids coming home with her and Gregorio because Gregorio thought she could handle the situation however the kids never talked about their leader Kacee and someone else was murdered.

One of the gutter punks had been found murdered and he had been killed by the same gun that killed Thompson. But even then, Pride still didn’t want to call anyone. He thought his team could still handle it on his own and so he had wanted to work their lead. They had found out about someone asking around for Thompson’s camera and someone that looked very much like their suspect had been seen near the gutter punk murder. So Pride found his connection and it was Thompson’s camera, but the last person that was seen with it was Kacee and so Kacee went from prime suspect to another possible victim.

But social services had found out that two missing kids were at Pride’s office and had collected one of them while the second ran away. So Pride had gotten yelled at. He had overstepped and even his later excuse of the kids needing to be protected didn’t fly because the kids would have been protected anyways at a secured facility through the one person that was the most upset was Percy. Percy had been the first to say “I told you so” because she and the others had tried to warn Pride about calling the other agencies because they knew those same people wouldn’t want to take their calls once they learned about Pride’s stunt. And still, Pride hadn’t wanted to hear it.

Pride had pretended like he had been reasonable and had completely ignored everything Percy said. But the team were later able to get a read on where the camera could be because Kacee had turned it on and they could track it that way. So Pride and the others had gone to the location and they had run into a group of armed men with many getting away except for one. The one they managed to kill had turned out to be Serbian and he had recently gotten involved with a robbery back in Dubai where he allegedly helped steal diamonds. And somehow someone thought it was a smart idea to hide those diamonds in a camera they could later track down.

So that was on them. The camera they had hidden it in had belonged to Thompson and Thompson had taken it to the states. But the thieves met up with him and had killed him because they thought he had their diamonds when it had already gotten taken by the gutter punks. So they killed one of the kids to frighten Kacee and had later beaten up kids to get Kacee to agree to meet with them, but Kacee had agreed to exchange because he thought he could get paid and he had sent in Teeta. Teeta was the young girl that Gregorio had defended and therefore she couldn’t let Teeta walk into a trap.

Gregoroio had discharged her weapon at the group and had told Teeta to run. But one of the men managed to follow Teeta and had found her with Kacee. So Kacee was shot for trying to get the diamonds rather than just fleeing the scene and Gregorio showed up to save Teeta before she could become the next victim yet saving Teeta’s life had gotten Gregorio into trouble because she had disobeyed Pride’s orders not to shoot or go after Teeta. And so Gregorio finally stopped defending Pride because she told him that he expected everyone to trust him while he couldn’t bring himself to trust them.

Gregorio had followed her instincts and she wasn’t apologetic about that.