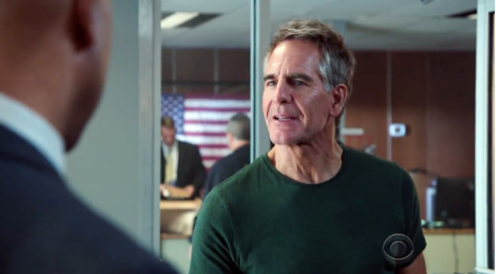 Eliza West was murdered. Her fiancée had used her for her connections and had later killed her when he realized she was informing on him to the FBI. But Javier Garcia hadn’t just destroyed Eliza’s life. He had also framed her for money laundering and had besmirched her entire family’s name. So the West Family name were political ruined and unfortunately there were dealing with some financial restraints as well. The FBI had had to freeze the family’s assets and so it had been Garcia that had planned Eliza’s funeral however Pride knew that Garcia was to blame for what happened to Eliza so he had made a promise to himself.

Pride had promised himself that he was going to catch Garcia in whatever he could. However, the FBI hadn’t wanted to help Pride and so he had been forced to open an off the books investigation. Pride had started looking into the transactions between Garcia and the cartel. So he had found something that with Gregorio’s help could turn into something. The two had found out that Garcia was coming on his next shipment to the cartel and that he was short twenty million yet the money that Garcia did have had amounted to two million and it was from an off-shore banking account that could mean Garcia had been skimming from his bosses.

Yet, Pride and Gregorio had told the others what they were doing and everyone had signed on to help. They had all known that Garcia was dirty and they wanted to help take him down though Plame had been the first to realize how Garcia might be able to turn into two million into twenty. So Plame had told the others a little something about himself first. He had told them that he was apparently a gambling addict and that he knew desperate people that have turned to gambling to make a quick buck. And so Plame had checked out his theory and he had proven that Garcia was so desperate that he put the whole two million on the line.

Garcia had gone to the races and not that surprisingly the Mayor had been sitting in Garcia’s box seats. Though Pride and his people had been more concerned about the race than they had been about the Mayor. The guys knew that Garcia would go after a sure bet and there was nothing more sure than a horse on drugs. So Plame and Sebastian hacked the betting to see which horse Garcia had a personal interest in and from there LaSalle and Percy stopped the race. LaSalle had had bungee cords in his car so he used that to create a sling and through a rock at the horse’s rider. And so that delayed Garcia’s bet.

So the horse never got to leave the gate. The rider fell and the horse knew better than to ride off without their person however LaSalle had overshot things. He had done his trick a little too early and that meant none of the other horses got to leave as well. But in that scenario, all the bets would be refunded and Garcia would have another chance to win the twenty million dollars he needed to pay of the cartel. And so the guys had had to come up with another plan that would guarantee Garcia never got his hands on that money and luckily Plame knew a way. Plame had once tried to scam a betting club when he delayed their tvs and cells phones to indicate a race hadn’t happened when it had because that would allow to place a bet after the race had been won.

Patton’s scam hadn’t worked out for him and he had actually gotten pulled into working for NCIS because of what he did yet it had almost worked and Pride thought that could work on Garcia. Garcia was desperate and he was looking for shortcuts in order to meet a deadline. However, Pride hadn’t wanted to drag his friends into something potentially illegal and had tried to tell them they could it out. And they weren’t having it. They had all wanted to go on with the plan and so they were each given a part. Patton had asked a friend of his to loan him a club, Wade had stood in as a consultant, and Sebastian was supposed to be the bait. So all they had left to do was get Garcia to the betting club and that’s were Pride came in.

Pride had reached out to Mayor Hamilton and hadn’t played around. He told the other man that he knew he was involved with Garcia and then he threatened the Mayor with blackmail if Hamilton didn’t get Garcia to club. So the Mayor had done as Pride “asked”. He had told his friend Garcia that he knew of sure way to place a bet and then he later introduced Garcia to Sebastian as the man to see. Yet, Garcia had gone off the book afterwards. Garcia had pulled his gun on Sebastian and then kidnapped him because he wanted Sebastian in his custody as he tested out the theory. And that way it would be easier to kill Sebastian if he had to.

Though Sebastian had had a moment to call out for help if he had to and he hadn’t taken it. So Pride chose to trust Sebastian’s judgement and that proved to be a good decision. Sebastian had talked Garcia into going back to the club the next day and to see the win happen, but Garcia did keep Sebastian at the house and under guard to ensure Sebastian wouldn’t be able to get away. And so the con got to play itself out. Garcia went back to the club to watch the race and he hadn’t noticed anything so it wasn’t until his men called with who won that he knew the plan worked. Only he had a problem with making two million dollar bet in time.

Wade had told him that the machines aren’t authorized to take a two million bet so she had gotten Patton who pretended that he owned the club to agree to the transfer. But after they got their money, they had arrested Garcia. He had given his two million dollars to the FBI and there was no way that he could get that money back. So Garcia had confessed to his crimes and he had told the FBI that he was prepared to make a deal in exchange for witness protection however Pride didn’t like that. His people had risked their lives to take down Garcia so he thought Garcia should spend the rest of his life in prison.

Sebastian though had been fine because he had taken care of his captors and having Garcia turn witness against the Mayor had been a bit of luck for the feds. They had been looking into Hamilton and were almost going to take over to get him. However, they didn’t need to do that anymore and so Pride had gotten the feds finally out of his hair. So later on Hamilton had asked him why he hasn’t heard anything about Garcia’s arrest and Pride had tried to tell him that the case was the feds problem now. And Hamilton didn’t believe him. Hamilton had thought that Pride was hiding something and so it wasn’t long before Pride had heard that someone had gotten to Garcia.

A bomb had been planted under his transfer car and so Garcia wasn’t around to testify against anyone much less the mayor. Yet, there had been nothing that Pride could do about the situation and so he chose to focus on the positive. Pride had gotten a favor from the feds because he had turned over Garcia and that favor had been enough money for his team to hire an additional member. So Pride had hired Gregorio and Sebastian’s place will be still be waiting for him after he finishes his training.