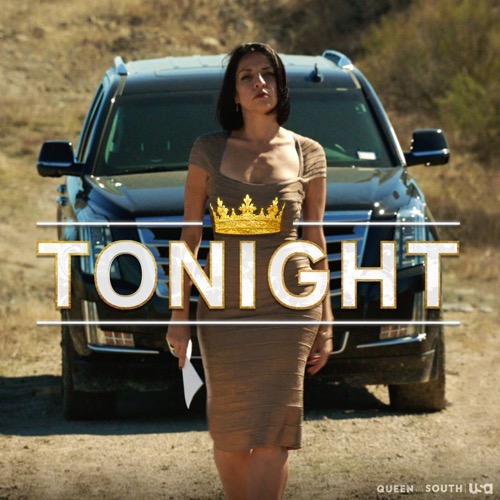 Tonight on the USA Network Queen Of The South airs with an all-new Thursday, June 8 season 2 premiere episode and we have your Queen of The South recap below.  On tonight’s Queen Of The South season 2 episode 1 as per the USA Network synopsis, “In the Season 2 premiere, Teresa brokers a deal with an eccentric smuggler; Camila struggles to rebuild her empire; and Epifanio takes on a new partner he may not be able to control.”

Teresa drives to her mansion, goes to her bedroom and seduces a man. She then pulls out a gun and kills him. She says how easy it has become to kill. Teresa has a flash back to Camila telling her driver that Epifano has sent the federales on her lieutenants. She needs to lay low. As they drive they realize they are being followed. Everyone loads their guns. Teresa tells her driver to lose them. Teresa and her crew open fire on the truck that is following them and it crashes. She and her people make it to a small plane and escape.

Teresa, Camila and the crew arrive at a gated compound with a mansion. Teresa is told to get settled in as they will be there awhile hiding from Epifano. Louisa says it wasn’t Epifano chasing them because they let them get away alive. She thinks it is the federales. Guero is told by the FBI that he needs to give them more information now that his girlfriend was just seen with Camila. If he doesn’t start naming names they are going to tell everyone he is a snitch. They show him photos of Teresa with Camila. The FBI wants to know where Camila’s safe house is and they want to know now.

Teresa tells Camila she wants to be part of her business. She is smart and good with numbers. Camila asks what Teresa can offer her. Teresa gives her the book she knows Camila has been looking for. Camila asks Teresa if she will die for her. Teresa will do better. She will survive for her.

The governor is getting ready to start his day and Cornel Cortez comes in for a meeting. The Cornel says you haven’t thanked me for raiding the cartel. He says since the governor has separated from Camila his business is not going well. They need to join together to keep them both happy.

Teresa and Jose arrive at King George’s yacht and meet with King George. They tell him Camila sent them and she wants to make a deal. He asks where his offering is. He wants to have sex with Teresa as the price to do business. They try to leave and George pulls a knife on Jose. Teresa pulls a gun on him and tells George he will work with them. He agrees.

The governor meets with his hit man and tells him he needs to kill Colonel Cortez. Teresa and Jose give George some of their cocaine to sample. He has one condition for working with Camila. He needs them to find an old business associate of his and bring him to the boat. They agree. Jose and Teresa realize the man George wants is one of the baddest gang members in Huston. Camila tells Pote to arrange a meeting with her husband. The FBI and the DEA raid the address Guero gave them but only find a toy rat. A DEA agent tells Guero he is running out of time if he wants to save Teresa.

Jose and Teresa grab the man George wants and he tries to talk Teresa out of what she is going. He can see good and pain in her eyes. He asks if she believes in God and tells her there are consequences for what she is about to do. Jose calls Camila to let her know the job for George is done but the DEA raided their warehouse.

There is a leak somewhere and they need to figure it out now. Camila and the governor meet. He is angry she stole his men. She gives him a copy of a few pages from the book and will use it to bring him down if he continues to come after her. He gives her divorce papers. If she signs the papers he will leave her only. Divorce or war the choice is hers. She kisses him and says it is war.

Camila is proud of Teresa’s work but thinks she needs to leave because she isn’t cut out for this work. Teresa says she wants to stay and help Camila defeat Epifano. Camila agrees but then tells Jose she thinks Teresa is hiding something and she needs him to find out what it is.

The governor arrives home and finds the Colonel there and his daughter and guards gone. The Colonel tells him that he know he tried to have him killed. He will let him live but they will be full partners.