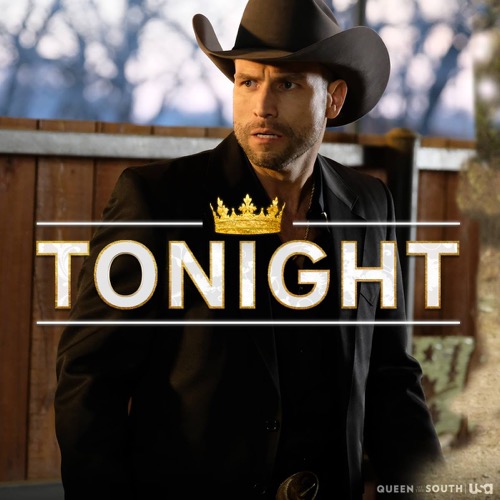 Jose meets with Jimenez to discuss business. He says if Camila wants product she must pay cash. Teresa and Camila go to a party and Camila tells Teo she needs 3 million in cash from her account now. Her accounts are still frozen. Camila insists that Teo take off his shirt to guarantee he isn’t wearing a wire. He does and assures Camila of his loyalty. Teresa goes upstairs and finds Guero. She can’t believe he is alive.

Camila and Jose decide to rob Jimenez during the horse races. They have no choice because she needs money fast. Teresa can’t believe that Guero is alive and working for the DEA. She tells him to leave and is angry that he left her. He promises nothing has changed.

Back at the safe house a man grabs Teresa as she enters her room and holds a knife to her throat. He asks where her gun is and she says in the closet. He lets her go and tells her the gun does her no good in the closet.

Camila’s team meets and Teresa suggests rather than rob Jimenez during the race they just need to win the race. They decide to fix the race by drugging the other horses and then they can win millions.

The team works to set their plan in motion. Guero tells the DEA that he remembers the name of the lawyer who works for Camila. It is Teo. The DEA says that may be helpful. Camila bets on her horse and her team drugs the other horses except one. The poisoned sugar gets dropped and can’t be given to the horse.

A man starts to harass Teresa but Camila tells him to back off since Teresa is now with her. He leaves and calls Epifano to get permission to kill Teresa. He gets it but she is gone when he returns.

Casisa sends his men to find Teresa but they fail. Camila’s horse wins and she makes 12 million dollars. As her team collects their money the cashier realizes their trick but Teresa offers him 1 million dollars and he agrees not to tell anyone.

The DEA blackmails Teo and he calls Camila to set up a meeting. If he doesn’t get the dirty on Camila he will be going to prison. Jose gives Teresa a gaming system for Tony. He tells her they are in it together.

Teresa picks up Tony and tells him about his mother. She promises him she will take care of him. Teo is found hanging in his garage. He will not be a problem for Camila. Teresa meets Guero at a club as the DEA watches.