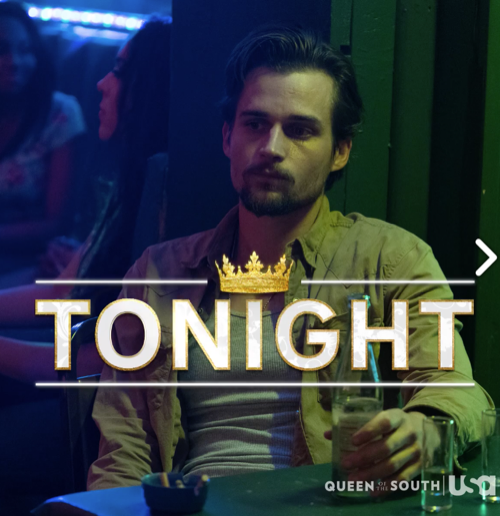 Teresa, James and Guero are in Bolivia to meet King George and to buy cocaine from Guero’s connection, Leo. Teresa is not happy to realize that Leo is a woman. Camila meets with her attorney who is very upset because an envelope of cocaine was mailed to his office as a warning. She promises him it will not happen again. It was just her ex-trying to cause trouble.

As Teresa and her team wait in the bar for Leo’s connection, soldiers raid and Teresa is forced so snort a huge amount of cocaine to prove she is not there to traffic drugs. Guero pays off the soldiers to let them leave before Teresa almost passes out from all of the drugs she was forced to take.

James pours cold water on Teresa and Guero gives her pills as they try to lower her heart rate and body temperature. James wants to leave Bolivia immediately but Teresa gasps that they can’t leave until they buy the cocaine that Camila is expecting. Camila tells Jose that they need to send Epifano and Jimenez a message that they won’t be messed with. James calls Camila to let her know they have hit a snag. She tells James to get the drugs and then kill Guero. Teresa and her team find Leo and demand she get the cocaine they were promised.

Teresa talks to Leo in private and tells her if she doesn’t get the drugs her boss will kill Guero. If she ever cared for him she has to help Teresa. Leo makes a call and Teresa goes to an address she is given. She arrives at a dentist’s office and is warned that she should go home while she still can. Teresa refuses to leave. The dentist calls a cab and Teresa, James and Guero hop in hoping to be taken to meet El Santo. El Santo should have the cocaine they came for.

The cab drops them off at a hotel and the driver gives Teresa a key to a room there. Jose kills several of Jimenez’s men to send a message as Camila requested. Teresa and Guero enter the room but it is empty. As they wait hoping El Santo will arrive, James leaves to see if he can find anything. As they wait Teresa and Guero hear gun shots and run out the back door of the hotel to find soldiers waiting for them.

Boaz meets with Epifano and says he still doesn’t know who killed his brother but the funeral is very expensive. As they talk a box is delivered. It contains the head of one of the men Jose killed. In his mouth are the divorce papers signed by Camila. Epifano calls her but before he can say anything she tells him that the next time he wants to send her a message to leave their lawyers out of it. She hangs up on him. James, Teresa,

James, Teresa, Guero and Leo are tied up and beaten by the soldiers. They demand to know where El Santo is. Leo is shot in the head and Teresa is thrown into a swimming pool. Just as she is about to drown a man jumps in to save her. She wakes up in chains in a jail cell.THE END